HAPPY AUGUST, EVERYONE! Thanks for joining me for the latest edition of We Are: The Guard's 10 Twitter Moments because, let's face it, what better way to honor the flip of the calendar than by catching up on all of the hottest tweets from your favorite bands, artists, and producers?! No, really, forget reflecting on your “life goals” and “achievements” and all of that crapola! As far as I'm concerned, there's no more productive way to celebrate the start of a BRAND NEW MONTH than by scrolling through the following 280-character highlights from Cardi B, Grimes, Kanye West, and plenty of others! YOU'RE WELCOME!

BIG FREEDIA AND DRAKE HANG OUT!

Big Freedia and Drake?! NAME A MORE ICONIC DUO! PS. Have you heard the rumor that Drake is said to be filming a video for “In My Feelings” in New Orleans alongside Big Freedia?! Let's face it, it's only the recognition that the Queen of Bounce deserves after Drizzy failed to feature her in the clip for “Nice for What.” JUST SAYIN'!

Sometimes my sister reads her texts to me and Jesus CHRIST boys are so fucking RUDE and CHILDISH fuck outta here, just be fucking charming and nice and cool.

It's kind of crazy to think that even someone as talented, fresh, and cool as Billie Eilish still has to put up with sh*t from boys, but it seems that's very much the case going on this tweet from her older and equally talented brother FINNEAS! Oh, and while we're here, can we also take a moment to appreciate how cutely protective FINNEAS is of Billie?! If they aren't some serious SIBLING GOALS, then I don't know who is!

I don’t look sad
sad looks like me pic.twitter.com/vmI0xGkBZ1

From sibling goals, to PHOTO CAPTION GOALS! I mean, why can't I come up with something deep and original like this instead of a basic bitch Drake lyric?! Anyways, how beautifully stunning does my girl Molly Moore look here?! I can't even BEGIN to imagine how gorgeous her and Brandyn Burnette's babies are going to be! THE GENE ENVY IS REAL!

CARDI B SHOWS HER SUPPORT FOR DEMI

YAS, CARDI! Out of all of the messages of support that have come in for Demi, this one has to be my favorite. Demi is a warrior, a fighter, and a queen, not to mention an overwhelming force for good, and nothing quite captures that more for me than this 2017 AMAs performance, which you can watch in all of its full empowering glory over at YouTube. WE LOVE YOU, DEMI!

GRIMES AND ELON MUSK IS THE RELATIONSHIP THAT 2018 DESERVES

And there we have it... Even after all of those GOP donations (not to mention that whole cave diver debacle), it would appear that Claire “c” Boucher is still standing by her billion-dollar man Elon Musk. What started out as a funny Twitter meme is now descending into something pretty damn depressing for everyone involved... RIP COMRADE GRIMES! 1988-2018! #NEVERFORGET! 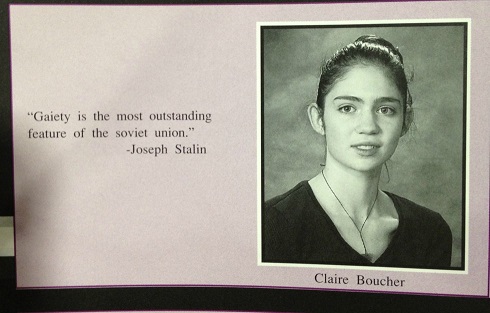 KHALID SINGS WITH FANS IN BALI

The power of music is crazy. I was walking around Bali and then this happened pic.twitter.com/Gou9gguAg1

Everything sucks, so let's take a moment to appreciate this uplifting video of Khalid singing with a group of fans on a beach in Bali, Indonesia. No, really, have you ever seen anything more HEART-WARMING in your whole entire life?! It's said that music is the world's universal language, and this clip right here most definitely proves that <3!

JIMMY EAT WORLD HAVE SOME ADVICE

Advice for new bands: When coming up with a band name, make sure it’s acronym displayed really large on your artwork or t shirts won’t be complicating matters. You’re welcome.

OMG! I'm not sure what's funnier, this tweet from emo legends Jimmy Eat Word (come on, don't act like “The Middle” wasn't your JAM in high school), or the replies from the bands who find themselves in similar predicaments over their acronyms, like The Sharp Shadows, or my personal favorite, Saves the Day: 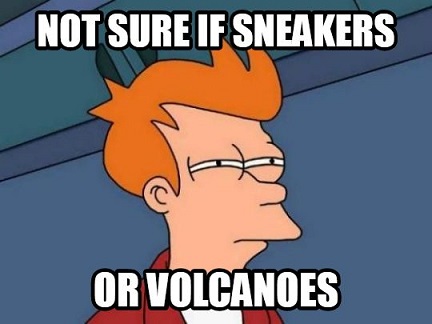 DENM IS WORKING ON A DEBUT ALBUM!

DENM has been releasing a steady stream of beach bop bangers for the last couple of years now, but on Monday, the West Coast boy took to Twitter to announce that he's FINALLY working on a full-length record! Okay, so, I admit that I'm slightly biased what considering he's signed to the We Are: The Guard label, but my ears are legitimately SO ready for this debut album! HYPE! HYPE! HYPE!

WITT LOWRY WITH AN IMPORTANT REMINDER

Life is so fragile. pic.twitter.com/mluQFgikTy

We Are: The Guard favorite Witt Lowry reflects on the fragility of life in this emotional tweet detailing a car crash that the Connecticut native was recently involved it. It's true that we should make the most out of every second and live every day like it's our last, and I'm sure that I'm not the only person who appreciates Witt taking time out from recovering mentally and physically from his traumatic experience in order to remind us all of this <3.