Although we see our musical heroes as infallible and perfect -- and to be honest the marketing has a hand in that illusion -- they are human and are prone to ups and downs just like us. Every artistic relationship will go through rough patches and sometimes (unfortunately for fans) they can reach a breaking point. Read about some of the most famous fallouts and learn what caused them. 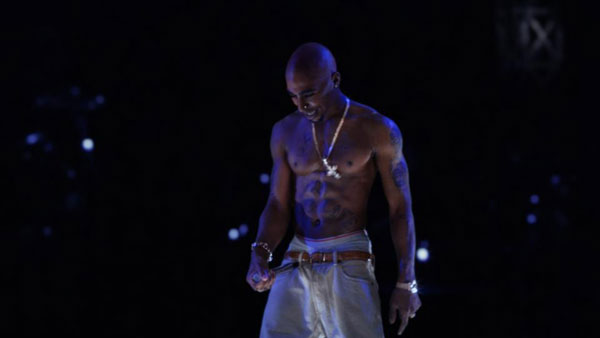 Photo by Dawk Sauice CC BY 2.0

Tupac Shakur and Biggie Smalls relationship was brilliantly detailed in the book Original Gangstas by Ben Westhoff. Biggie Smalls became a protegee and friend to Tupac Shakur soon after they met in L.A. Tupac would let Biggie sleep in his couch, open for shows, and, when Tupac was in Brooklyn, hang out with Biggie and take him out on the town in his limousine.

Things would sour between Tupac and Biggie, soon after Tupac met Haitian Jack at a New York club, a character tied to the criminal underworld of New York. Taken by Haitian Jack’s lifestyle and thug status, Tupac began to hang out with Jack. Biggie, who was familiar with Haitian Jack and his associates criminal doings, warned Tupac that Jack was not a person to mess with. And indeed, things would deteriorate between Haitian Jack and Tupac during the infamous sexual assault case which was dramatized in the Tupac biopic All Eyes On Me. Believing Haitian Jack was a snitch, Tupac told a New York Daily News reporter that Jack had set him up.

After the sexual assault incident, Tupac agreed to record a verse for the rapper Little Shawn, who was affiliated with Puffy and Biggie. Tupac arrived -- allegedly stoned -- to the studio with three other associates. There, he encountered three individuals he didn't know. Before Tupac could get into the studio, the men pointed guns at them and ordered them to the floor. Instead, Tupac reached for his own gun. He was shot, beaten, and robbed of his jewelry. He played dead, and the assailants left. Shot and bloodied, Tupac somehow managed to get onto the elevator into the studio. There, he saw Puffy and Biggie. Tupac said that they all looked surprised and guilty. Puffy would dispute this and say they were all worried and concerned.

Tupac, however, felt the heist was an orchestrated plot against him. He believed Biggie Smalls was involved, or, at the very least, indifferent to helping him. He stated in disbelief that Biggie couldn’t know who robbed him in his own hood. "It was like they were mad at me," he said. He was shot several times, but it has been suggested he likely shot himself. Bill Courtney, a retired NYPD cop also believed the stick-up was a response to Tupac's Daily News comments against Haitian Jack. "A message was being sent to him not to name-drop," he said."Nobody came to rob you," Henchman told Vibe in 2005. "They came to discipline you.” Regardless who did it or who knew what, these course of events would splinter Biggie and Tupac’s friendship and create the West vs East coast rivalry. The rest is history. 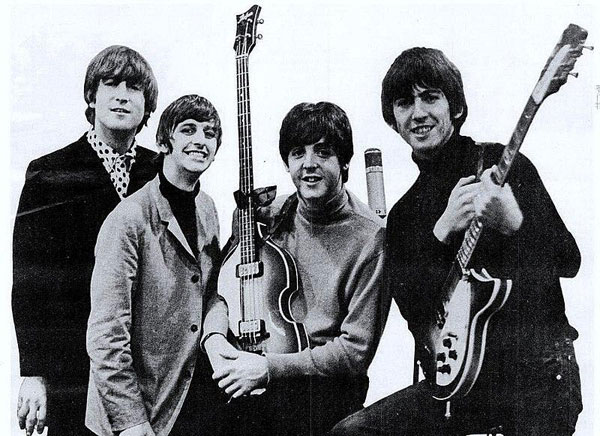 After the death of band manager Brian Epstein, in 1967, The Beatles found themselves in unknown waters. McCartney took over the Beatles’ reigns, which led to the iconic albums Sgt Pepper's Lonely Hearts Club, The White Album, Let It Be, and Abbey Road. Lennon would say Paul was leading them “around in circles.” McCartney’s role leadership would not only strain his relationship with Lennon but with Ringo Starr and George Harrisson as well.

Both latter Beatles actually quit the band on separate occasions because of McCartney’s over critical jabs, but were fortunately were coaxed back. However, towards the end, it was Lennon who felt the most tension with McCartney. He left the band secretly before the release of Let It Be. According to John, after seeing, the ‘Let it Be’ film: "I felt sad, you know… Also, I felt . . . that film was set up by Paul for Paul. That is one of the main reasons the Beatles ended. I can't speak for George, but I pretty damn well know we got fed up of being sidemen for Paul. After Brian died, that's what happened, that's what began to happen to us. The camera work was setup to show Paul and not anybody else. And that's how I felt about it."

Lennon would later release “How Do You Sleep” off his solo record Imagine, a diss song at McCartney: “The only thing you did was ‘Yesterday’ ... The sound you make is Muzak to my ears. How do you sleep?” McCartney would also release his own diss track, “Too Many People.” He admitted the line “too many people preaching practices” was a digg at Yoko Ono and Lennon. 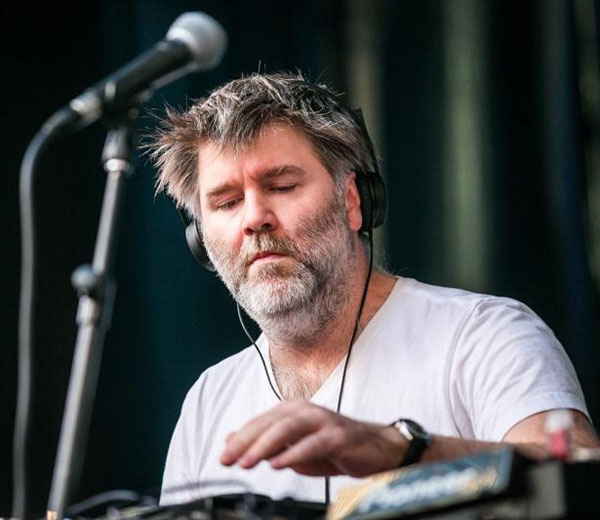 When James Murphy met Tim Goldsworthy, the two couldn’t have been more different. Murphy was a staunch anti-dance hipster (and at that point a washed-out musician) and Goldsworthy was the other half of Unkle and Mo’Wax founder. Together they would be responsible for the rise of dance-punk music in the U.S during the early aughts. As a production duo, they produced albums for the Rapture and Juan Maclean, contributing remixes for Nine Inch Nails, Gorillaz, M.I.A., and others, and founded the DFA label. In the book Meet Me In the Bathroom, by Lizzie Goodman, Murphy tells her that when he met Tim, "Tim was cool and I was not."

However, this would change. In a New Yorker article by Hua Hsu, Hsu points out Murphy is covertly hinting at his strained relationship with Goldsworthy in the song “How Do You Sleep?” (ironically the same song title for Lennon’s diss track to Paul McCartney) off LCD Soundsystem's newest album American Dream. Murphy recalls their nascent days when they laughed, fought, and did drugs together. He even mentions someone leaving: “Standing on the shore getting old / You left me here with the vape clowns.” It’s hard not to think this track is directed at Goldsworthy, who left the New York and DFA without telling anyone, and allegedly took money from labels bank accounts. In Meet Me In The Bathroom, both Goldsworthy and Murphy talk about their relationship becoming strained once Murphy began to focus on LCD Soundsystem. Goldsworthy also criticizes Murphy’s song “Losing My Edge” as redundant and knock off of a Killing Joke song.

“At this point I didn’t even have James number...He thought I was poison, because I had tried to stand up for the artists,”said Goldsworthy.

James denies any wrongdoing: “I’m just dying to find out what I did wrong.”

RYAN ADAMS AND THE STROKES 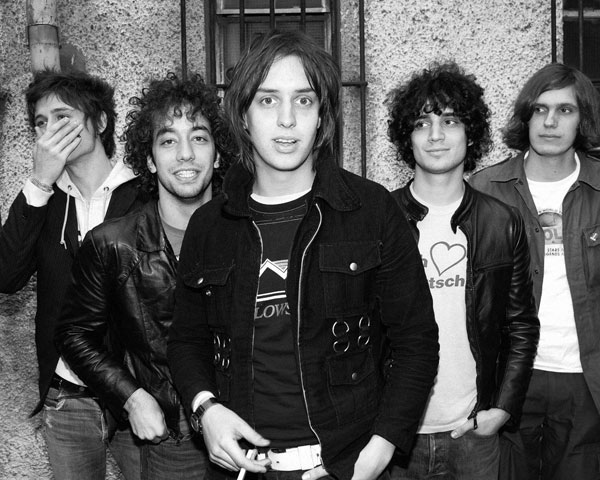 Photo by Roger Woolman CC BY 3.0

Ryan Adams and the Strokes were never in a band or made music together. However, they lived in same Manhattan scene. Eventually, Ryan Gentles -- The Strokes’ manager -- started managing Ryan Adams. This would lead to Albert Hammond Jr. hanging out with Adams. Although Albert admits he wanted to do heroin since a young age, the rest of Strokes band members still point to Adams being a really bad influence on Albert drug habit. Albert alleges that Adams would wake him up in the 2 am to do heroin together, and he even alleges he didn’t do it in baggie form until Adams got in the picture. It got so bad Casablancas (Albert’s roommate at the time) would threaten to beat up Adams if he came to the apartment with heroin.

Although, James Endeacott, an A&R to The Strokes, alleges that heroin was always around and everyone dabbled including Casablancas. Adams even points out Julian would come to him for heroin. However, the gauntlet fell onto Adams. Since they had a clause in their contract that stated Ryan Gentles could only manage the Strokes, they exercised it. Gentles dropped the Adams as a client and the Strokes distanced themselves away from Adams. Most recently, Ryan Adams would rant on twitter about this when word got out about it because of the book Meet Me In The Bathroom. 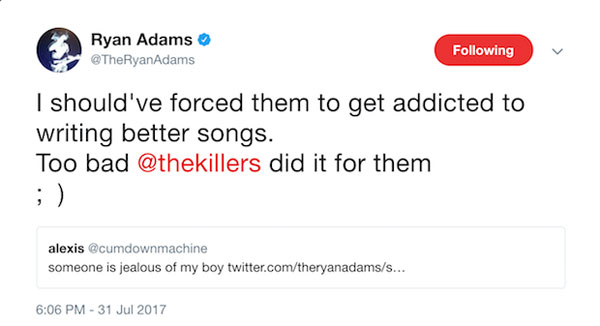 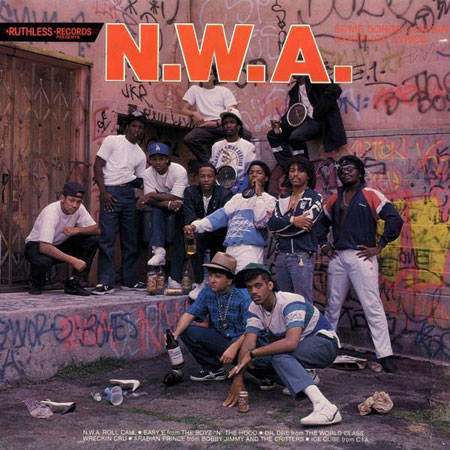 N.W.A came into the scene like a storm. Eazy-E, MC Ren, Ice Cube, Dr. Dre, and Yella were a rap group dream team. With hits like “Fuck The Police” and “Straight Outta Compton” they placed Compton, L.A on the map. With success and money finally reaching them, egos and tensions began run high. Ice Cube grew frustrated with his royalty payout. He thought the money he was receiving didn’t add up to what the group was making. Eventually he would leave the group, primarily placing the blame on the group's manager the late James Heller -- who he thought was making more money than he should have. However, he wasn’t to happy with Eazy-E and the rest of the group siding with James Heller on the matter either. This would lead to spur of diss songs which include “No Vaseline” by Ice Cube, “Message To B.A” by N.W.A. The beef would last until right before Eazy-E’s death. One can only guess what might have been if they would’ve stayed together.

BRIAN JONES AND THE ROLLING STONES 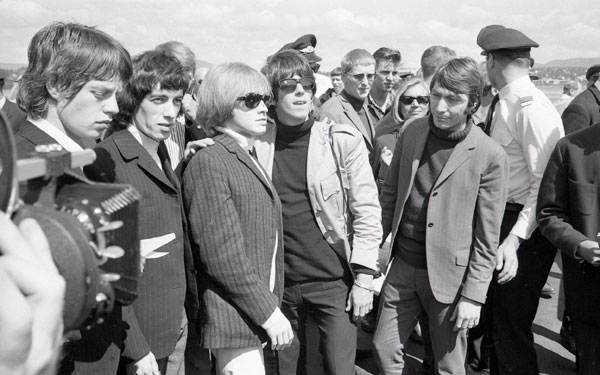 Photo by Øderud No restrictions

Many would argue the Rolling Stones fell off after Brian Jones firing and subsequent death. There is definitely an argument to be made. Keith Richards even stated that Jones a unique ability to pick any instrument and figure it out within minutes. Jones co-wrote and played the recorders and cello on “Ruby Tuesday,” sitar and tamboura on “Paint It, Black,” dulcimer on “I Am Waiting” and “Lady Jane,” a guitar riff on “Get Off My Cloud,” harpsichord on “Yesterday’s Papers,” the trumpet and trombone on “Something Happened To Me Yesterday,” the marimba on “Under My Thumb,” and the autoharp on “You Got The Silver.” Those are iconic songs in themselves.

However, the Rolling Stones and Brian Jones weren’t meant to last forever. Even though Jones founded the band, and was a critical component in the band, Jones began to feel alienated by the direction Keith Richards and Mick Jagger was taking it. However, they weren’t completely to blame for Jones alienation. Jones had began to have a huge drug problem. He wasn’t showing up to rehearsals and shows, and was having trouble getting a visa to go on tour. Along with his apathy for his band and a mounting drug and legal problems, he was fired from the band.

Bill Wyman is the only one to show sympathy for Jones’ firing. He even called out Richards and Jagger for they way they treated Jones towards the end of his life: “The only ones to come [to his funeral] were me and Charlie [Watts]. There were a lot of peripheral people around the Stones that never turned up. No, it was disgusting. It really was disgusting. It was awful. It showed guilt. It showed the guilt by them of the way they treated him.”

Even though we would like everything to last forever, time makes everything, unfortunately, very fickle. Death, disagreement, artistic differences, money, power, and ego's can split the atomic structure of any artistic partnership. And like the chorus of the Timothy Leary inspired George Harrison song says: all things must pass.