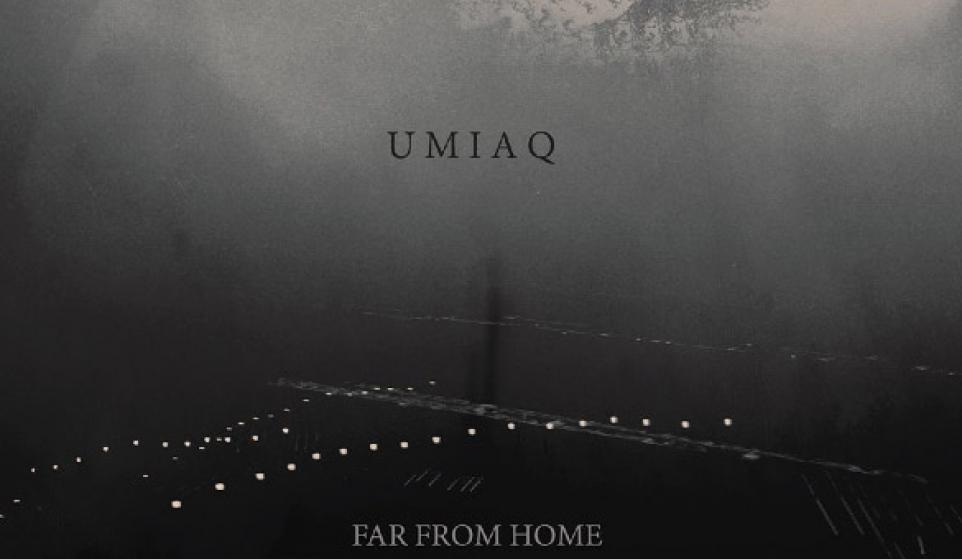 Los Angeles electronic producer, Samuel Murphy, aka Umiaq, may be a pretty new artist (after all, he only just created his Facebook in May of this year—so go give him some likes!), but he’s already creating some buzz with his debut EP, Far From Home. Featuring a blend of moody atmospherics, scattered beats, and a range of electronic elements, Far From Home showcases various moods that keep things fresh and interesting throughout.

The album starts off with the title track, “Far From Home,” which features soothing vocals from Eleanor Crane that really give the track a kind of 90s “club” vibe. Featuring an urgent, house beat and ambient electronic elements, it kicks the album off to a smooth yet energetic start.

Things are then switched up a bit with “Dreamer,” as it starts off with moody piano chords and a soft electronic beat. The soft and muffled vocals come in about 1-minute in, and we’re eventually met with dreamy elements that make for a gorgeously soothing track that’s a great choice for a single.

“Runaround” also begins with some piano action, before taking a leap into rough and static-y electronic elements, snaps, claps and scattered drums. Over time, things grow more and more electronic and melancholy as the song progresses, and the lack of vocals creates an even more intense vibe. It’s definitely one of my favorite tracks from the EP that totally stands out.

UMIAQ - UNTIL WE MEET AGAIN

“Until We Meet Again” slowly eases you in with a simple beat and swelling atmospheric elements. Once the echoey, ghostly vocals come in just after the 1-minute mark, the mood is set as he sings “I’m not ready to say goodbye” and “maybe you could stay for just a while,” making for one of his more emotional tracks (lyrically.) I almost feel like this should be the first song you hear from Umiaq, because it displays his range of styles and moods in one track. Plus—it’s just plain awesome.

Featuring Patrick Joseph, “Stranded Spark” begins with bubbly elements, piano, and soft atmospheric sounds that prepare you for the many changes in direction this track will take throughout its duration. The vocals are breathy and smooth, keeping the comforting vibe of the EP alive and kicking. Things get a lot more intense after the 3-minute mark, where synths and a aggressive beat are introduced as the vocal melody becomes more urgent as well. Coming in at just under 6 minutes long, it’s a dramatic and solid track that’s a great way to ease you into the EP’s ending.

UMIAQ - SOMEWHERE ACROSS THE DARK

Things end with the closing song, “Somewhere Across The Dark.” The track slowly takes you in, but the background atmospheric elements keep you on edge as it teases that things are totally going to get more intense. As a a clicky electronic beat is added and moody synth-bass, things become more urgent as more elements are added into to the mix. With so much going on here, it would have been easy to make the track sound too busy but Umiaq pulls it off flawlessly, making for an awesome way to end the album that showcases its many moods.

Overall, Umiaq has totally put himself on the map with this debut. It’s a captivating listen from beginning to end that you’ll find yourself coming back to again and again. If you liked what you heard, be sure to show him your support by picking up a copy on his Bandcamp page.