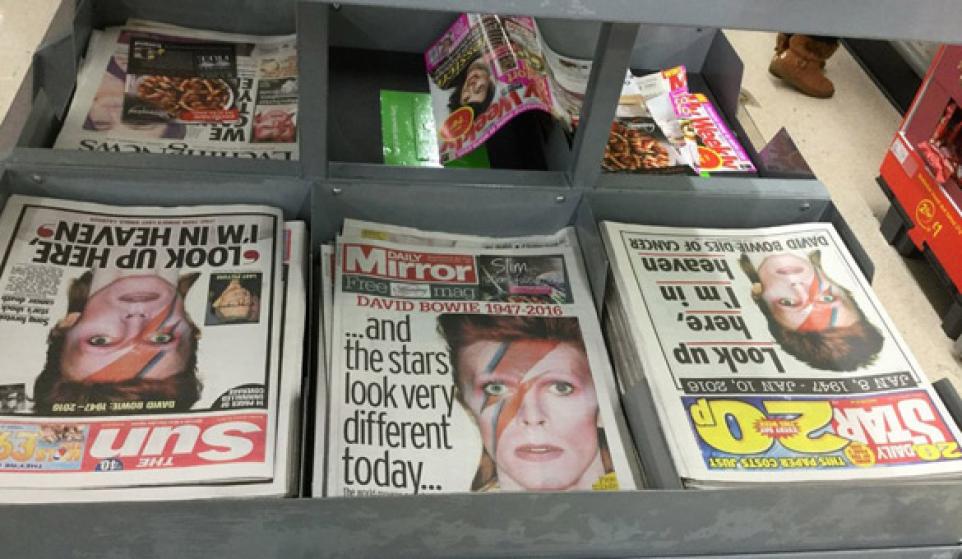 What’s up, party people? Did you have a rocking MLK day? Go out on a Sunday and not come home till a Tuesday. I think it’s our civic duty to rage at any chance we get? What better day to celebrate than the birthday (or was it death day) of one of our countries greatest civic leaders. I really should have done my research before committing to this idea. Doesn’t really matter, I’ve got mad respect for Mr. King. It’s not disrespectful to use his life to promote dance music songs, is it?

Well regardless, I’ve got more good songs than you can ever imagine. Let’s listen together? New beautiful sounds from Lido, Lane8, Oliver Heldens, Ephwurd, Four Ter and MORE.COM!

I think every person I know came out of the woodwork this past week as a Bowie fan. My best bro referred to him as “the patron saint of weirdos” and in 2016 we’re all pretty much weirdos. It’s nice to see us all celebrating the man’s genius. Lido’s Salute to Space Oddity is a touching tribute, getting far stranger than the 70’s allowed. Thanks for inventing weird, Bowie.

Oliver Heldens knows how to write a dance music tune. Sure, this one harps on the exact same sounds and ideas as his last… every other song… but this one has a new bass patch and a fun vocal and dancing with the stars inspired music video. But let’s get real for a second. If you can’t just dig a Oliver Heldens song at face value then something is wrong deep down in your soul.

NOT WAVING - GET SERIOUS

I haven’t heard a beat this strange and manic since I first heard SOPHIE. This doesn’t sound like the freak-bubble-pop sensation as much as it’s an artist left in his wake. How do we make music in 2016? Well throw everything at the pot and see what sticks. Hints of Gesaffelstein’s techno make this one a surprisingly well-rounded package.

It almost seems like you can’t make a dance music video without serious dance music skills on display. I guess that’s the way things should be? Maybe we’re just uninspired as a society? “What happens when dance music plays?” “Hmm… I don’t know! Maybe… Dancing?!” The song is a lot better than the music video. Ephwurd first showed us he had something special on his massive collab with Jauz known as Rock The House. This one treads similar territory, bringing it back to the old school with build and funky breaks, but then transitioning to Ephwurd's brand of heavy bass on the drop. If this is the new generation of talent, i’m into it!

SCISSORS - STILL FUNKIN WITH YOU

I ‘like’ that Scissors but [future house] in the title of the song to grab peoples attention. Because it’s not like you can tell from that first bump of bass. What this song’s titling doesn’t allude to is that it’s also got some G-House influences and it fucking bangs. I would have respected it a lot more if they just didn’t categorize the genre for me right up front, but hey, marketing is hard as shit.

I had the pleasure of dropping "Frau" from this Midnight EP last week as an impressive triumph. Here, we get the titular track and it’s even goddamn better. Lane8 builds his shit on emotions and patience. If only more people were as talented and amazing and beautiful as he is, then we’d have a world full of better music and zero dipoles. This one even has hints of tropical house and I got nothing but love.

This track has heavy funky bass, and wild disco stings. This isn’t a combination I thought I’d hear anytime… ever. But I ain’t hating, in fact I’m partying in my seat to this one. It’s massive and dark while being simultaneously fresh as a baby's diaper (on a good day).

This strange, funky minimal house beat from Four Tet and Champion is one of the most surprising tracks I’ve heard in a long ass time (i’d say in 2016, but we’ve only been here for a little while and it deserves more than that). Underlying jungle and bird sounds with sea-shanty grimes-esque vocals (is it Grimes?) This track goes a million places seamlessly, all while being absolutely gorgeous and enchanting. But did you expect anything less from Four Tet? Why… SHAME on you.

CULVER & KC - BRING IT BACK

This track popped up in my soundcloud newsfeed because my friends have better taste than yours (follow Postage, you won’t regret it). This is some WILD party shit. We’ve got some brand new funky  jackin’ basshouse from a Los Angeles label I’d never heard of from two artists whose names I’ve never seen before and clearly like to invent what new music will be like in the next couple of years. Yeesh. This is huge.