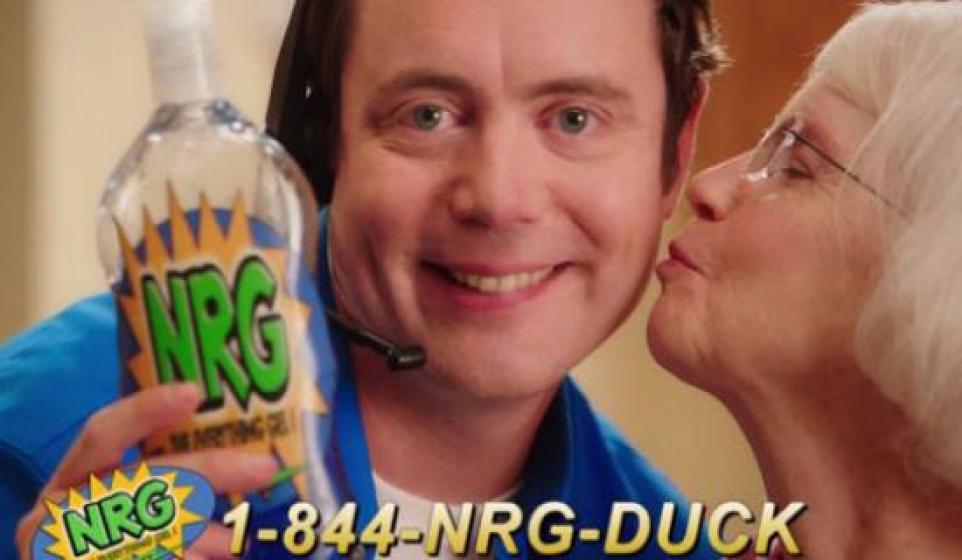 We’ve been all about electronic super-duo Duck Sauce (A-Trak and Armand Van Helden) and their infectious debut album, Quack, but they’ve outdone themselves now with their best music video, “NRG.”

Comedian Jon Daly, of Kroll Show fame, helps the boys put on a fake infomercial to sell a do-everything gel called (you guessed it) “NRG.” One of the main appeals of Duck Sauce is the sense of fun they bring to everything. It’s nice to see artists enjoying themselves while not taking everything so seriously. They don’t disappoint, as this video is LEGITIMATELY funny. Lots of music videos try, but this one actually succeeds. You’ll just have to trust me on this one. And even if it turns out you and I have different opinions as to what is funny in music videos, at most you’re wasting less than 3 minutes and 30 seconds of your time.

So just watch it already.

Read our write up on the star-studded remix of “NRG.”

Thanks for stopping by Bitcandy, where between you and me it’s STILL a body shock, electricity.