Crystal Castles is out. Activism against abusive relationships is in. Welcome to Alice Glass 2015, and her debut solo single, “Stillbirth."

Made with producer Jupiter Keyes in their basement, “Stillbirth” an extraordinarily powerful song, both emotionally and sonically. Out digitally now, all proceeds go to organizations that help survivors of domestic abuse, sexual violence and incest. Glass recently escaped from an abusive relationship herself and has been quite open about it, in an attempt to help others in similar straights. Read her full statement released on twitter below: 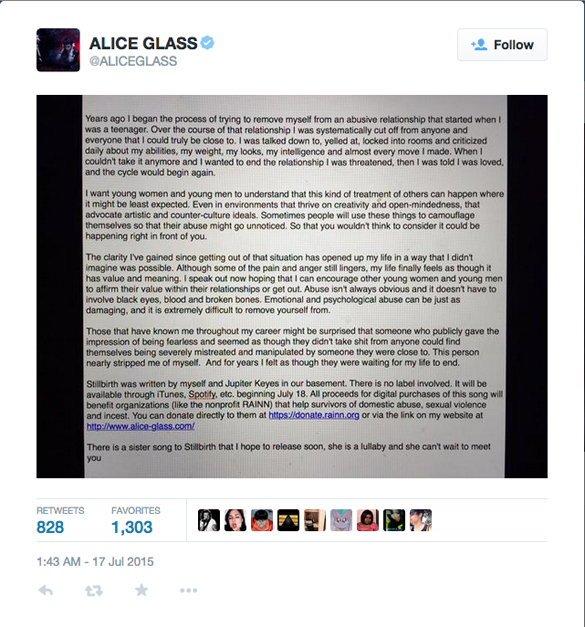 Now that you know the story behind this powerful, synth-driven piledriver of a song, have a listen to it.

In case you were too lazy to read the above note, Ms. Glass has promised a “sister song,” a lullaby, to compliment “Stillbirth.” Can’t wait to hear it.