Here at Bitcandy, we don’t normally post EDM cuts as BEST NEW SONGS, but when we make an exception, it’s for a song as good as Boys Noize’s new single, “Overthrow.”

“Overthrow” is a large, industrial-strength track. It’s quintessential dark techno. Things start slowly and ominously, an atmospheric layer which anchors the song as much as the vocal hook which repeats, ad nauseam: “I can break it down like this.” The German builds up to and earns all the drops in this crisp song, balancing spastic drums with a serious of distorted beats.

The release came paired with an intense video directed by Lil Internet and Boys Noize himself. Check it out below:

“Overthrow” promises to be the first of many new tunes from Mr. Ridha, as he recently took to social media to proclaim: “F---ING EXCITED TO START SHARING WHAT I VE BEEN COOKING UP FOR YOU.” 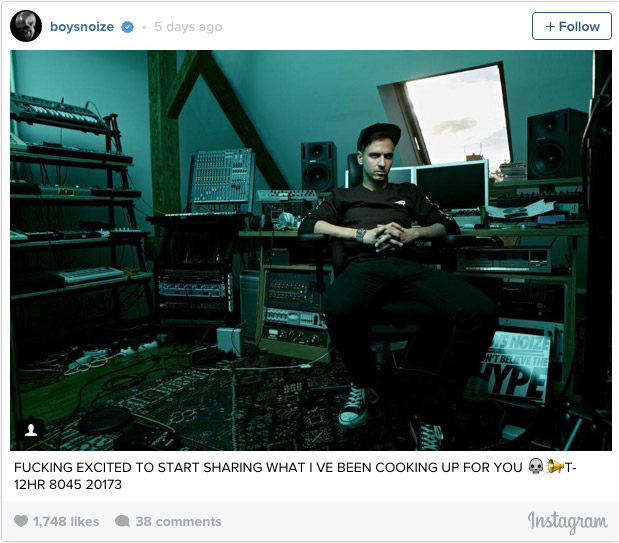 I was already excited for the new music, bro. Why’d ya have to shout at me?