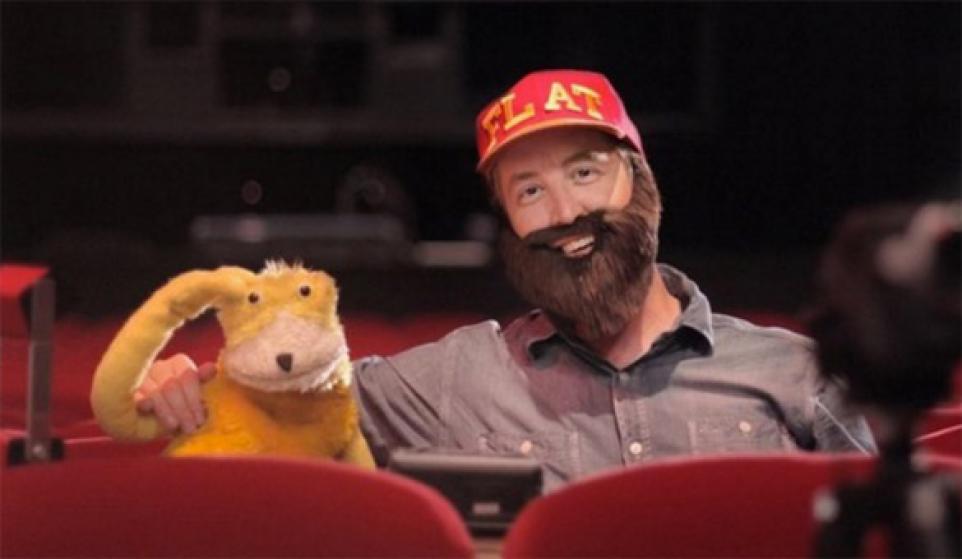 You may know French artist/director/producer Quentin Dupieux, a.k.a. Mr. Oizo, from such hits as “Gay Dentists” or “Cut Dick.” Or if you actually listen to Euro Techno-House, you probably remember him from his viral hit, “Flat Eric.” Oizo has revised his beloved character for his latest single, “Being Flat.”

Listening to “Being Flat” feels like being transported into the coolest dance clubs in Paris. This track is a full on banger, packed with enough drops, stops, and bass to get even the most left-footed amongst the people tapping their toes. The instrumental is filled with all the usual quirks you’d expect from a Mr. Oizo track. Just in time to light up your Holiday party dance floor, plus, “Being Flat” is more than just a song…

As one of 5 directors tabbed for the Red Bull Music Academy Paris 2015, Dupieux teamed with Eastbound & Down's Steve Little to star alongside the iconic Flat Eric in a oddly hilarious short film that heavily features “Being Flat.” Watch it below:

BEING FLAT (A SHORT FILM DIRECTED BY QUENTIN DUPIEUX)

“Being Flat” is off Oizo’s new EP, Hand in the Fire, available now from Ed Banger Records.