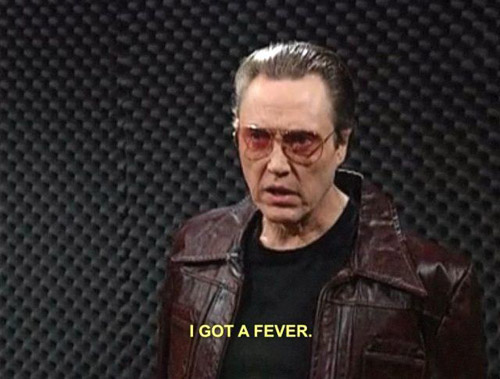 The pulsating, club-ready anthem bangs as much as it bops without neglecting the harmonies and melodies. A thumping, floor shaking bass acts as an introduction, along with some fluttering synth and feather-light vocals. Scottish duo known only as Julie + Shaun have immense chemistry and work in tandem to create a thrilling, dynamic track. Julie’s vocal in particular shine on “Fever.”

At the onset of the song, her voice sounds warm and inviting. But as the chorus and hard-hitting drums drop in, they turn sour and brooding. Julie’s vox changes seamlessly throughout the song’s multiple transitions, driving the song forward through a myriad of twists and turns that never quite go where you’d expect them to.

The extraordinarily talented duo had this to say about their latest single:

“”Fever” is the feeling of being second best to someone, the twisted realization that while you know a person isn’t good for you, you can’t stop how you’re attracted to them. I remember we’d been listening to a lot of Michael Jackson, it was a rainy Glasgow day on the way to the studio and we were fixated on finishing this other track. We came up with a super rough idea that started just with the 808 and the line ‘I’ve got a little fever for you’ – we had that one line stuck in our heads for ages so we kept looping around the idea and everything else begun falling into place.”

Mixing pristine pop vocals with a raw, industrial beat, Love Sick have crafted a delirious pop hit that demands to be played on loop. They’ve also created a track that sonically mimics the feeling of being, well, lovesick.

Your Autumn Dance Party’s prayers have been answered.

Love Sick is set to release their debut EP Aesop on November 14th of this year. I feel confident in saying that regardless of what is happening in the world then, this record will be a welcome respite to reality when it arrives.

Until then, you could do a lot worse than checking out the rest of this band’s tremendous but brief output.

And please, be sure to call them by their proper name.