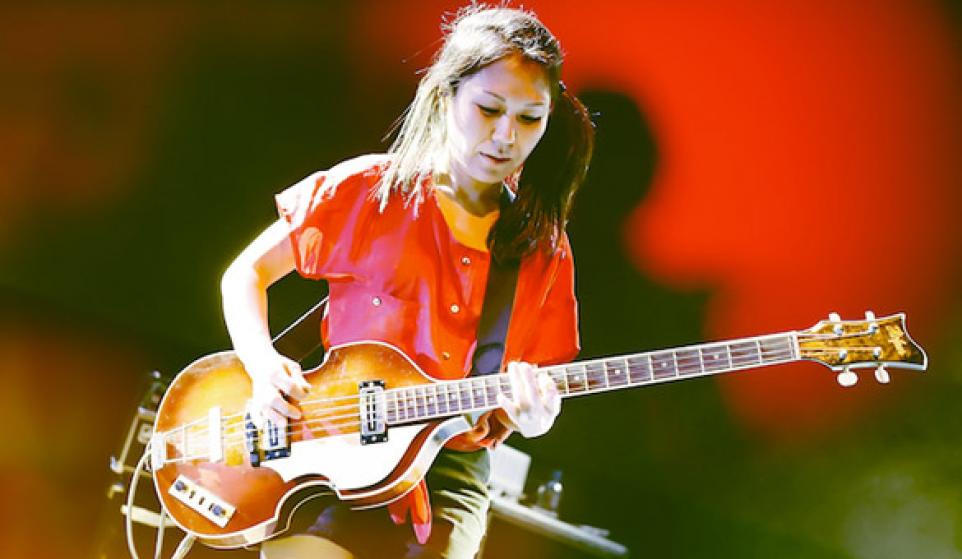 Deerhoof is turning 20! To celebrate they're releasing a new record, La Isla Bonita, headlined by best new track, "Exit Only."

This is a back-to-basic punk stomper, after flirting with electronica on 2012's Break Up Songs. "Exit Only" kicks and squeals, all the while propelled onward by Greg Saunier's drums, as the best Deerhoof songs are. Fresh off some solo tours, Satomi Matsuzaki's vocals are delivered with as much youthful glee as ever. Saunier released a statement along with the single and news of a new LP:

"No band is an island. Felt like one sometimes, in those budgetless and obscure early days, Satomi and me locked in the basement trying to figure out how our clashing personalities and ideas could turn into a band. If we hadn’t had that crazed mid-’90s Bay Area punk scene to call home, I doubt we’d still be here to chat about a 20th anniversary. We don’t set out to create masterpieces. The Deerhoof fan is a thrill-seeker. This is the latest volley in an ongoing conversation we’ve been honored to hold for 20 years."

Two decades in and still making viloent cuts like "Exit Only". Here's to another twenty years.

La Isla Bonita is out November 4th thanks to Polyviynl Records.

Thanks for stopping by Bitcandy, where we won't let you...