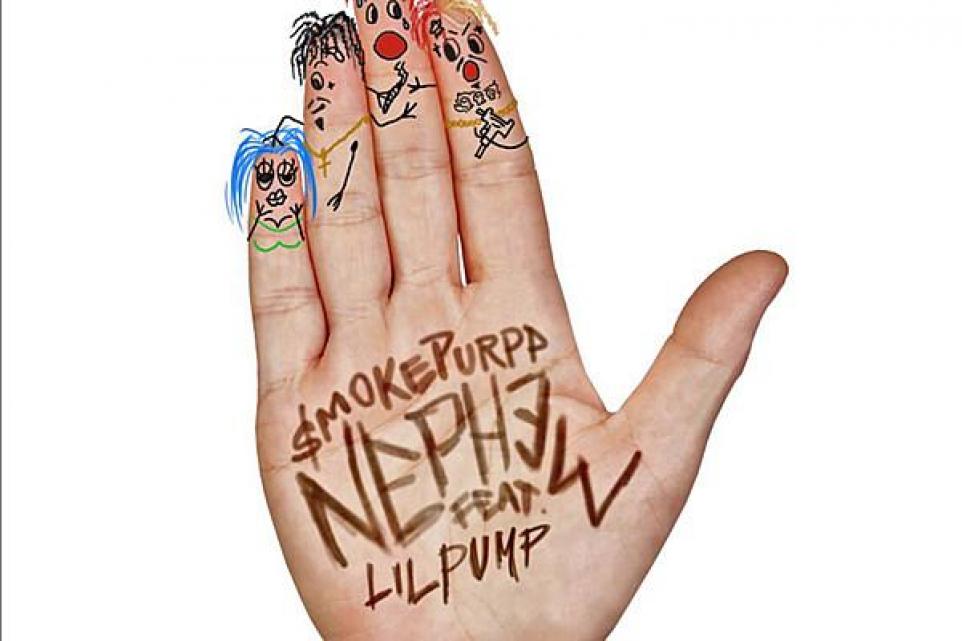 When/if the history of SoundCloud Rap gets written, Smokepurpp will loom as a founding father of sorts. A modern day Ben Franklin who dropped out of high school his senior year to pursue his musical career, the man born Omar Pineiro can barely buy his own booze, and yet he invented a genre of music that’s spilling over into the mainstream. Oh and he also played a prominent role in launching the careers of Lil Pump and XXXTentacion. (Pump and Purpp paid a touching tribute to X in concert last month.)

Fuck some bifocals and a lightning rod.

His latest single “Nephew” finds him teaming back up with lifelong friend Lil Pump and sticking to what they knows best: boasts about trapping and dicking down any and all comers. Standard fair and directly in the pair’s wheelhouse, that doesn’t make the track any less enjoyable. The Floridians use their respected verses trying to see who can say the most ridiculous shit while still sounding cool af.

Smoke talks about selling dope to an entire family, a horizontal integration approach to drug dealing. While Lil Pump admits his Granny has a face-tat. And while the whole thing is packed full of gems, the best lines on the track are as follows:

“I'ma paint, on her face like I'm DoodleBob. Jump in, that pussy like I scuba dive”
- Smokepurrp

“Nick bag, dime bag, sell it on the corner. Before you suck my dick you better sign a non-disclosure. Uber driver took me to the trap in a Toyota (Uber!)”
- Lil Pump

If that’s not enough to entice you to listen to the bass-heavy, ChaseTheMoney-produced number right now, then nothing will.

Whether or not “Nephew” appears on Mr. Purpp’s upcoming Deadstar 2 project remains to be seen. That’s not important anyhow. What is is that after teasing the collab for weeks on Instagram, we’ve finally got to hear a full studio cut of this joint, and it does not disappoint.

The song absolutely slaps, though I’d stop just short of calling it a banger. This is like a banger meets an afternoon nap. I don’t mean that to sound dismisses, that’s just the image my brain conjures when it hears this beat paired with the near whisper raps by our heroes. Besides, being anti-nap past the age of 10 is hustling backwards.

Smokepurpp has several live dates in Canada and the US this month. A complete list of shows can be found here.