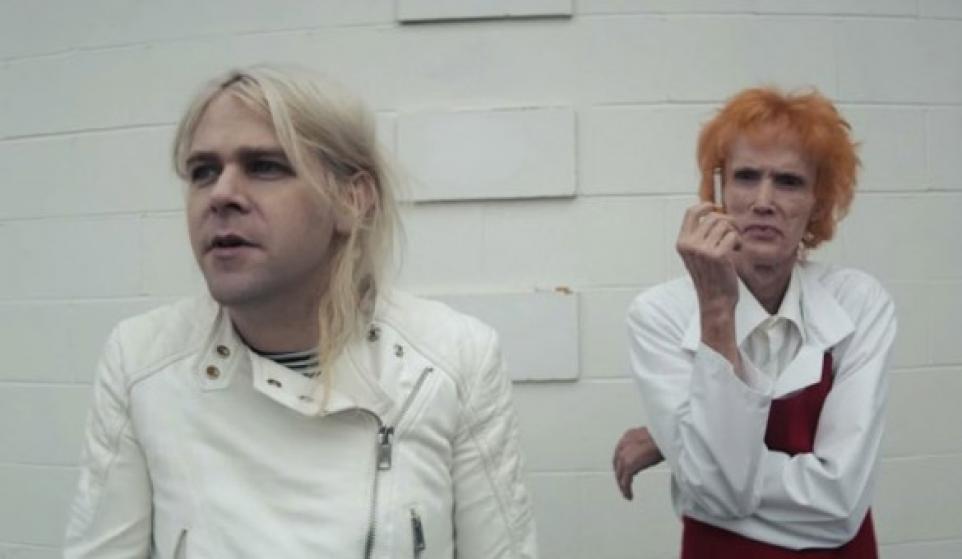 The musician’s life seems great and all, except for the part where you grow old and your fans abandon you. This harrowing thought is put under the microscope in Ariel Pink’s latest music video, “Dayzed Inn Daydreams.”

Grant Singer was behind the camera to give us a look at a day-in-the-life of a well past-his-prime rock star. He cast Rick Wilder, the lead singer of now defunct acts like The Mau-Mau’s and Berlin Brats, to play the role of the protagonist. The aging and gender-ambiguous rocker plays the part that likely hits too close to home to perfection. More than a music video, this feels like a short film. As Singer explains, “The video is the story of a man… who was once the frontman of a band that existed decades ago. Through a series of scenes depicting his everyday life, we tell his story.”

His story is familiar, funny, and more than a little heartbreaking.

Watch this great, great video below:

Ariel Pink was nice enough to let the folks at Urban Outfitter in on the shoot for "Dayzed Inn Daydreams" as part of their UO Music Video Series. Read about that here.