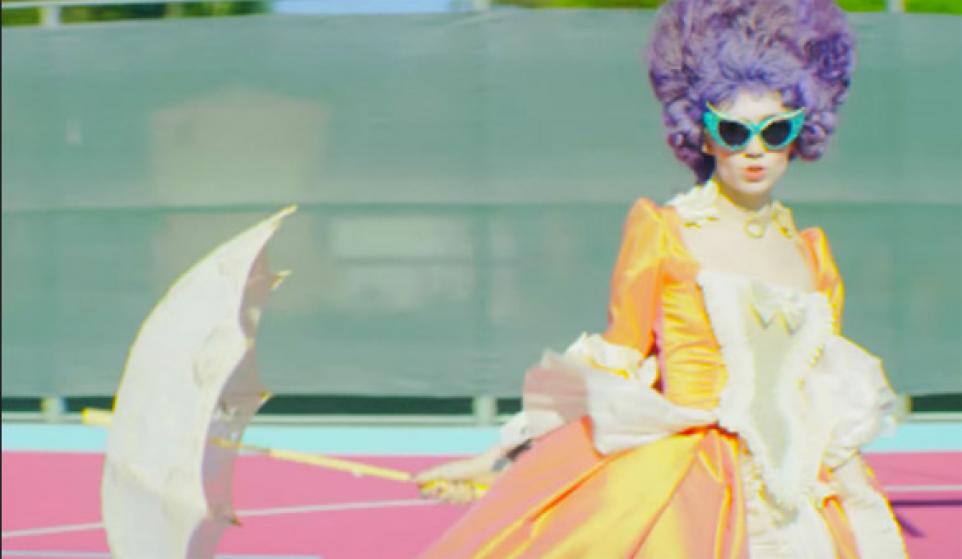 After releasing a single, then deciding it was garbage and then trashing the entire project, it seems Grimes is finally ready to follow up her critically-acclaimed LP, Visions.

Earlier this week the Canadian sultress announced Art Angels, her fourth studio album. She also released a stunning double video for two tracks off the record: "Flesh without Blood" and "Life in the Vivid Dream." After publicly dissing previously released tracks “Go” and “Realiti” (the latter of which ended up on the new record anyways), I expected Grimes to go in a different direction, but instead has returned with something even more pop. Not that there’s anything wrong with that, as both these cuts are fantastic and have been on repeat for me all week, it’s just not what I was expecting from her.

The visuals are the usual spell-binding music videos she seemingly churns out in her sleep. My words would only be a disservice to them.

GRIMES “FLESH WITHOUT BLOOD/LIFE IN THE VIVID DREAM“

Art Angels is due out November 6th on 4AD. We’ll leave you with the track list below: