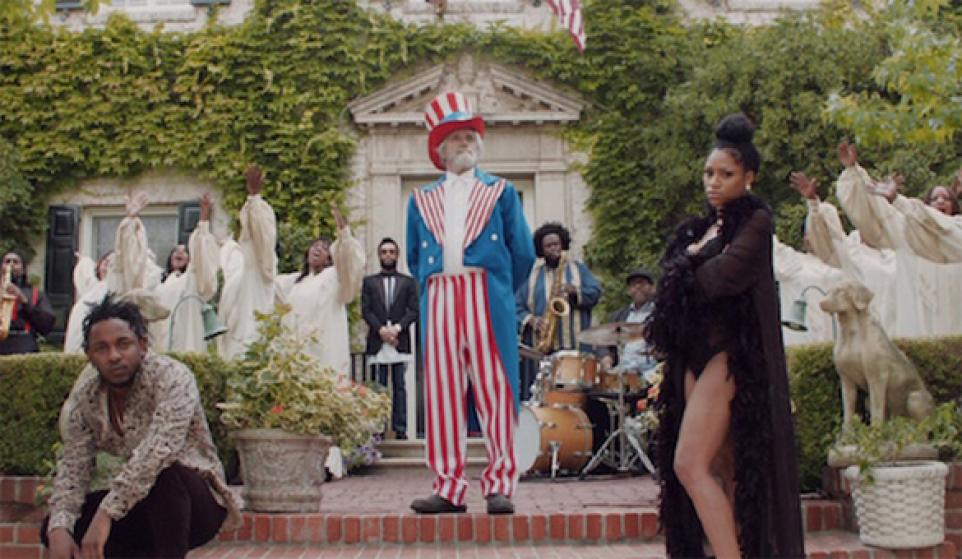 We tend to focus on lesser-known or straight up unknown artists here at Bitcandy, and thus we haven’t written anything about To Pimp A Butterfly, Kendrick Lamar’s latest masterpiece that dropped this year. That doesn’t mean we don’t love it, or King Kunta himself. It’s just that we figure that ish is already on your radar. And if it’s not, you really need to reconsider how you’re living your life. Seriously

Dude has been on fire as of late, and he’s now extended his hot streak into the realm of music videos. His latest effort, for the interlude track “For Free?” is a goofy, surreal send up of the American Dream. Featuring a voluptuous vixen, Kendrick at his all-time looniest, some dude in a full-on Uncle Sam attire, as well as some dude straight balling on the saxophone.

Get ready for two minutes you’ll spend today, as well as your newest catch phrase (“This dick ain’t free.”)

On a more serious note, there’s his cinematic flight through the ghettos of Baltimore in the future Civil Rights anthem “Alright” which was directed Colin Tilley.

To Pimp A Butterfly is out now, and it fucking rules. Seriously, these aren’t even two of the five best cuts on the album and they’re both amazing.

So give it a listen, if for no other reason than to piss off Geraldo Rivera.