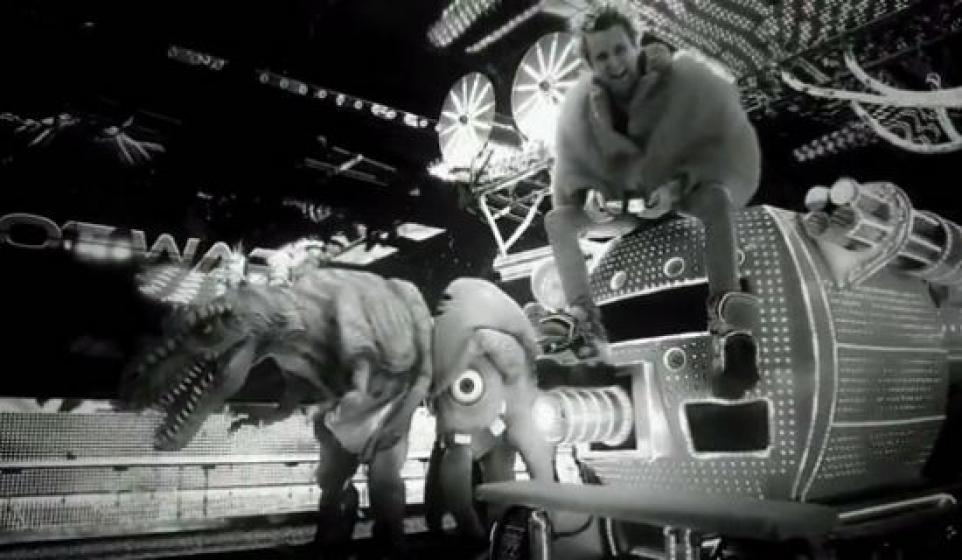 As far as best new videos are concerned, Muse's "Panic Station" is not one in which you'll find much of a plot or even a point.Well I suppose there is a point, which is that Muse wanted to throw on some pimp coats and other ridiculous outfits to go and holler at babes in Tokyo.

And as if the flamboyant wardrobe isn't enough entertainment, there's also laser beams of love shooting from eyes, as well as some monsters destroying the city while they dance to the funky beat of "Panic Station."

It doesn't make a whole lot more sense when you watch it either, but it's entertaining as all hell, so you may as well give it a look.

(Our favorite part may actually be the behind-scenes footage that rolls at the videos start and end.)

Always appreciate it when you drop by Bitcandy, home of the top music on the internet.