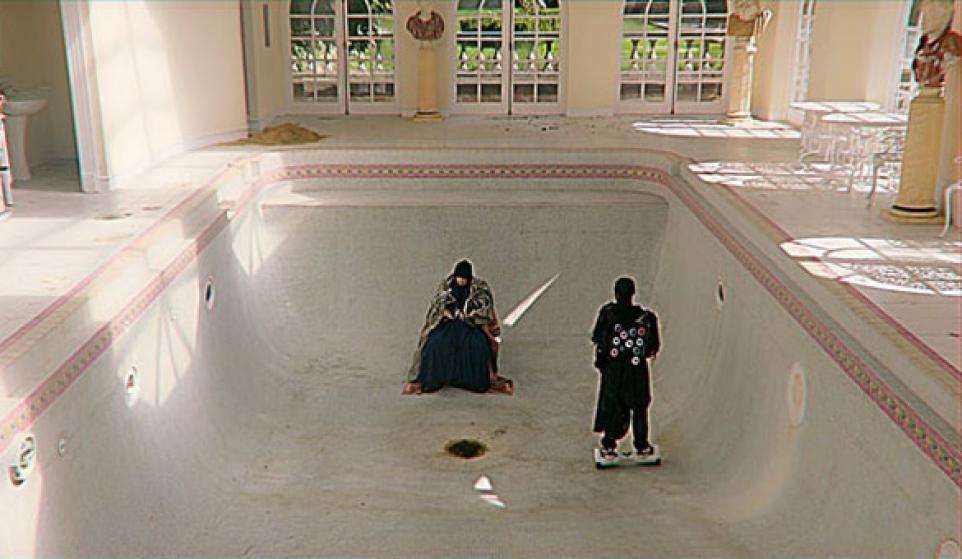 90’s kids, you can all calm down and stop looking, I found where all the Gak went. As for everything else that takes place in “Sticky Drama,” the mesmerizing new video from Oneohtrix Point Never, I can’t really explain.

For starters, this twisted story is not a music video. It’s actually a short film by Jon Rafman and Daniel Lopatin, the later of whom is the multi-instrumentalist composer behind Oneohtrix Point Never. This video has everything you want: a Tamagotchi? Check. A phunkeeduck? You know it. More Live Action Role Playing than you’ve seen Role Models? Absolutely.

This is entirely otherworldly and unlike most anything else you’ll see on the interwebs today. Which is to say, it’s pretty fantastic.

if you’re wondering what sort of LARPing nightmare you just watched, you’re not along. Drink in the prologue and it’ll all make sense (edit: um, no it actually won’t. But this one is fun too!).

Both these films were commissioned by Warp Records and the Zabludowicz Collection, a museum in London.

“Sticky Drama” is off Oneohtrix Point Never's upcoming album, Garden of Delete, due out Friday, November 13th. Which is totally today.