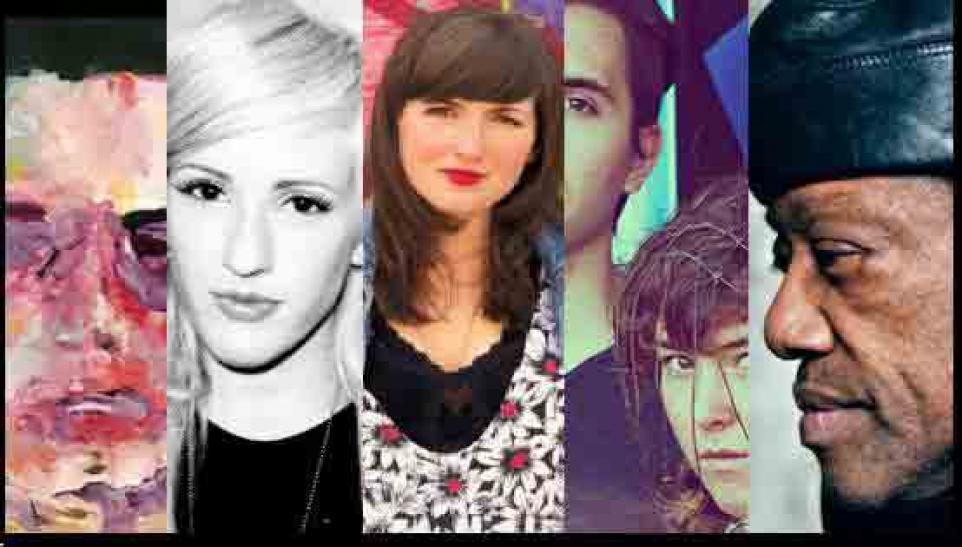 Well music nerds, it’s finally June! And you know what that means… We spent EVEN MORE time this week finding only the best latest music tracks for you all to put on your garden party playlists.  Cuz everyone knows garden parties are the best kind of parties. But seriously, the weather’s amazing.  Call your friends, pour some drinks, and impress them with your hip, new jams, courtesy of BitCandy! Awww yeah. (You can thank us later.)

We’ll start it off Her Fantasy by Matthew Dear.  This laidback tune even features bird sounds!  And whistles that are somehow not annoying. Its sort of like being on a tropical island, if it was DJed by James Murphy.

Ellie Goulding released a cover of “High For This,” originally by The Weeknd, this week. Need I say more? If I do, it was produced by Xaphoon Jones, Chiddy Bang’s main production man. Plus Ellie is freaking adorable and her voice is super unique.  Plus she's banging Skrillex.

MS MR describes their sound as “tumblr glitch pop” and “electro fuzz.” Their singer’s powerful, Florence Welch-like voice gives it that something extra that pushes it from ok to dark, moody and excellent.

This Brooklyn band’s album will be out in the UK this week, and in the US sometime in the very near future! Really into the bongo drums on this track. SUMMER.

OMG, this band even has summer in their name! But I’m not just featuring them because of that, this song has a great New Wave feel to it. If these guys aren’t on your radar yet, they should be. Album will be out July 10th!

Shook - Love For You

Shook made a track for all you disco lovers out there. Its synthy, dirty, and ready for the bedroom! This could be from a long lost Daft Punk album, which means its by far my favorite new track from this week.

Super Duper - Who Are These People?

Local LA band Super Duper just wants to play some funky rock and roll tunes and have a good time, man. This song sounds like the kind of house party everyone wants to go to, but no one can ever find. Plus I’m a sucker for trumpet. The lead singer’s voice ain’t too shabby either!

You know I had to put the new Purity Ring on here to please my indieoso fans. They need no introduction at this point, so just click play on their new video for “Belispeak.”

Yay, something new from my favorite Canadian weirdo, Grimes! “Phone Sex” throws Grimes’ ethereal, little kid vocals over an EXTREMELY 90s dance beat by also-Canadian Blood Diamonds. This is the most Robyn thing she’s done yet.

R&B legend, Bobby Womack recorded a song with everyone’s favorite whatever she is, Lana Del Rey. I hope this recording isn’t a final cut. Instead of actually hitting the notes, she just lets her voice crack… not cute LDR, not cute.   Smart move on Bobby’s part though, using Lana to get his name out to the kids! His first new album in 18 years comes out next month. We missed you, Bobby.

Have fun at your garden parties this week my pretties! (Um, seriously, I would love an invite. I clean up well, I swear.)  See you next Monday with a whole new round of the latest music tracks for your playlisties!  Don’t miss us too much. BUT if you do, we’re always here on the internet, just a Facebook “like” or a “tweet” away. <a href=”twitter.com/blairdow”>twitter.com/blairdow</a>