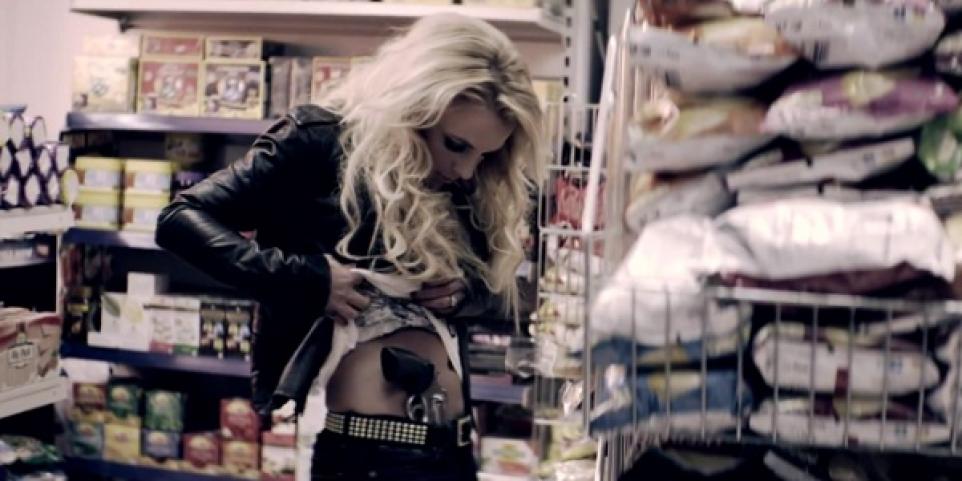 LA Music Blog BitCandy's Best of PopKiller is back and burning down the house! Scroll down for cuts, mashes and remixes from One Direction, Justin Bieber, Miley Cyr...JUST KIDDING! More like Azealia Banks! Timeflies! M83! B.o.B.! Temper Trap and TONNES more! So grab them while they're hot!

(And yes, that really is Britney Spears concealing a gun under her cute belt. Definition of PopKiller? We think so!)

Azealia Banks tightens the screws on her sick flow during the tropicana inflected “Jumanji" - taken from Banks' forthcoming mixtape, Fantastic.

Timeflies “No Sleep Till Brooklyn”

Timeflies have just dropped the following tribute to MCA, which fuses Beastie Boys' “No Sleep Till Brooklyn” with Cal's signature freestyle.

Dig this shimmering remix of M83's “Reunion,” as cooked up by the consistently awesome Mylo. Taken from M83's forthcoming Reunion EP.

Loving this mashup!  Nice one from Wait What.  Damn...I gotta follow you now.

Keane "Silenced By The Night"

The best song on their new album Strangeland by far. You know what would be “Strange?” Keane delivering a solid album. On the new album you get 1 A+ song (“Silenced By The Night”), 2 runners up and 8 songs de la lameness.

Has “Call Me Maybe” got stuck in your head yet? I admit it -- it’s a great pop song! Now here is more sticky glue for your brain, in the shape of a Coyote Kisses remix.

I always thought Gym Class Heroes was the best kept cover band secret.  Everone's excited about them but yo...they're just covering and sampling Supertramp and yada yada.  Not so on this song that should be stuck in your head for the next few months.

RAC strikes and scores with another great remix, this time of the Temper Trap's “Need Your Love.”

That's a wrap on Best of PopKiller, but come back next week if you want more popgasms given to you by LA Music Blog, BitCandy.