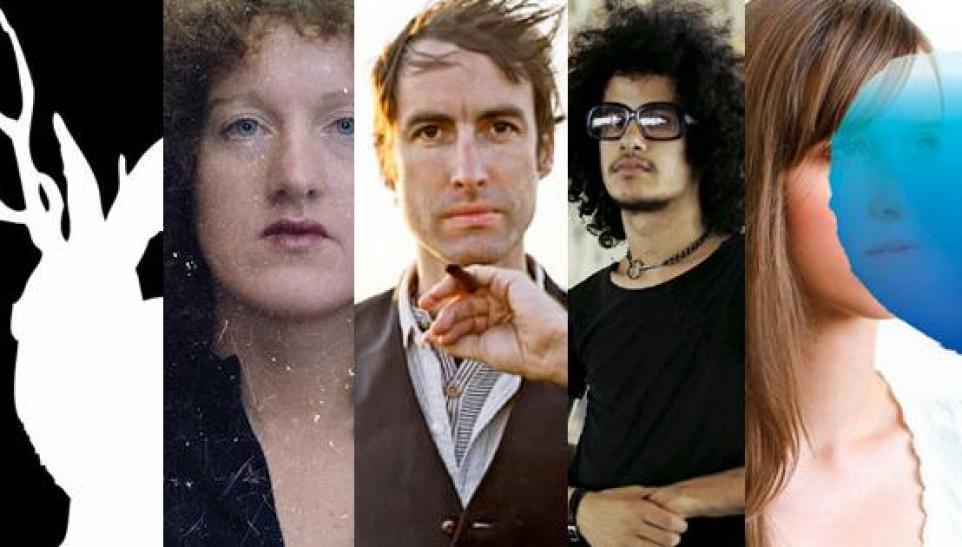 Hey you...yes the one that got pranked by Glitch Mob and Nosaj Thing yesterday, it's the lastest Best New Indie of the week from LA Music Blog, BitCandy.   We sifted and filtered through the slimey and smelly Blogosphere to bring your the best of the week.

Besides "Paddling Out" one of my favorite songs on the new Miike Snow.

Recently picked up by Fat Possum and rereleased (yes we know this is from 2011 but better late than never plus..who knew about these guys in 2011 anyway?)

Lost In The Trees "Garden"

A complex bouquet of lyric, melody and singer songwriter crediliciousness.

Speaking of "Sifters" thats what we do at BitCandy...Filter and Sift just the best to get to you ears faster.  One of the brilliant best songs from Andrew Bird's new album "Break It Yourself."

The Mars Volta "In Absentia"

The Mars Volta just released their new album March 26th called Noctourniquet...after listening to the album, I think this is the key song for ya to hear.

Dirty Projectors "Gun Has No Trigger"

Looks like a new song from Dirty Projectors and it's GREAT!  Looking forward to the next album...it's been too long (since 2010).

Oberhofer "Away Frm U"

A great track from indie superstar label (and home of Mumford, Givers, Temper Trap, Childish Gambino and now Oberhofer), Glassnote Records with a song that will surely be mispelled time and time again from what the band intended.

Speaking of Glassnote...Is there new The Temper Trap music on the way?  Yes there is!  Check out "Need Your Love."  Glassnote strikes again.

Oh Bj...in the end no one really cared about your app and your esoteric music that was way over our heads...(yes Bjork sold all of 35,000 albums in the United States on last release).  But this remix makes me want to dance with Bj all over again.

Lasts all we got for u for the Best of Indie Songs on this weeks installment.   Thanks for listening to LA Music Blog, BitCandy and jam up with you again soon, lickety split like.