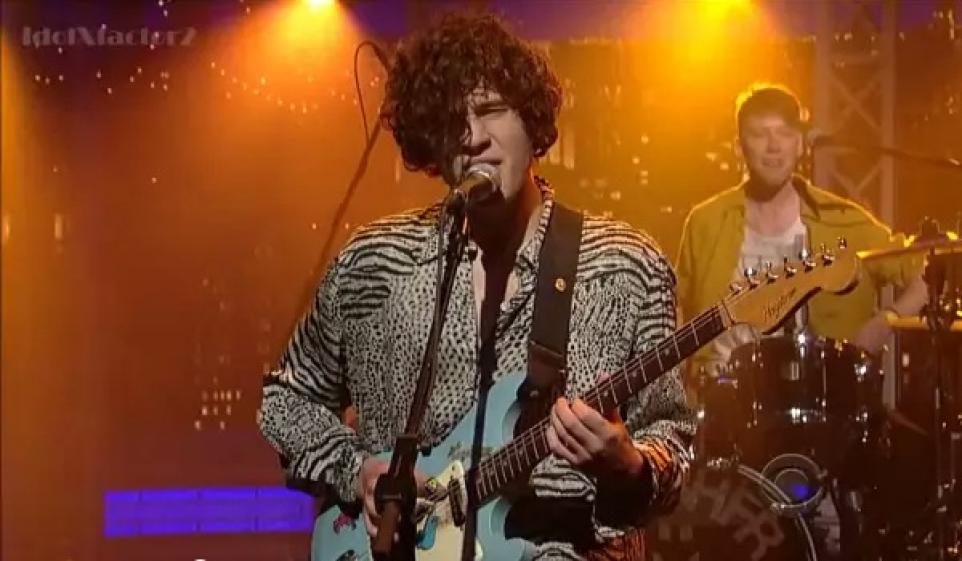 Brad Oberhofer is a puppy that I want to pet. I mean, look at the kid -- doesn't he sort of remind you of a baby Maltese? He is only 21, however, and most of his song titles are written in textspeak, so I will have to reword that in a way he is more likely to understand: °°°ObHfr is a PuPPy I wnt 2 PET !!

OK, now that I've thoroughly creeped out the reader (and myself), I will tell you about the band that Brad named after himself, Oberhofer. Like much of the crap I like, their sound has been described as "lo-fi," "indie pop," "bedroom pop," "hipster shite" and, by those who don't get it,"fucking annoying."

You actually may have heard Oberhofer before, even if you don't realize it. Listen to the insanely catchy "o0Oo0Oo" below and we'll continue our discussion when you're done.

Not sure where you heard it before? That shit was actually in a SoBE commercial two years ago! "o0Oo0Oo," along with another ludicrously catchy Oberhofer track you may have heard before, "Away frm U," are from the band's 2010 home-recorded EP, also called o0Oo0Oo.

So how are they "new," then? Well, to further confuse you, Oberhofer just last week released their first professionally recorded LP, Time Capsules II (stream it here on Spotify), and most of the songs on that album are reworked versions of songs from o0Oo0Oo.

Still don't get it? Watch them play "Awy frm U" live on Letterman from last month and get back at me. (You may also, if you like, take note of Mr. Oberhofer's puppyish looks -- he even barks at the beginning of the song, in case you think the puppy thing is all in my head.)

I trust that you now have a feel for how Oberhofer's energetic, inventive combination of crashy drums, puppy howls, xylophone riffs and toy piano sounds combine to make something pretty fresh and undeniably "new"-sounding.

And just so ya know, Dave Letterman (who, BTW, mispronounces their name in the clip, lolz) and I aren't the only Oberhofer fans -- Time Capsules II was produced by Steve Lillywhite who has also produced a little band called U2. And the album's cover art was produced by Michael Carney, art director for the Black Keys, for what that's worth.

OK, below you'll find one more piece of Oberhofer Easter candy: "I Could Go." Like the other two songs, this addictive track appears on both Oberhofer albums -- the home recorded one and the "new" one.

The differences between the new album and the old one aren't huge, but as with anything indie, you throw a whole bunch of money at it and it loses a little of its charm. But even though I may prefer the rawer versions of "o0Oo0Oo" and "Away frm U" from the o0Oo0Oo album to the Time Capsules II versions, Oberhofer is still pretty damn charming. Give these guys a listen and tell me if you don't develop a puppy fetish, too.