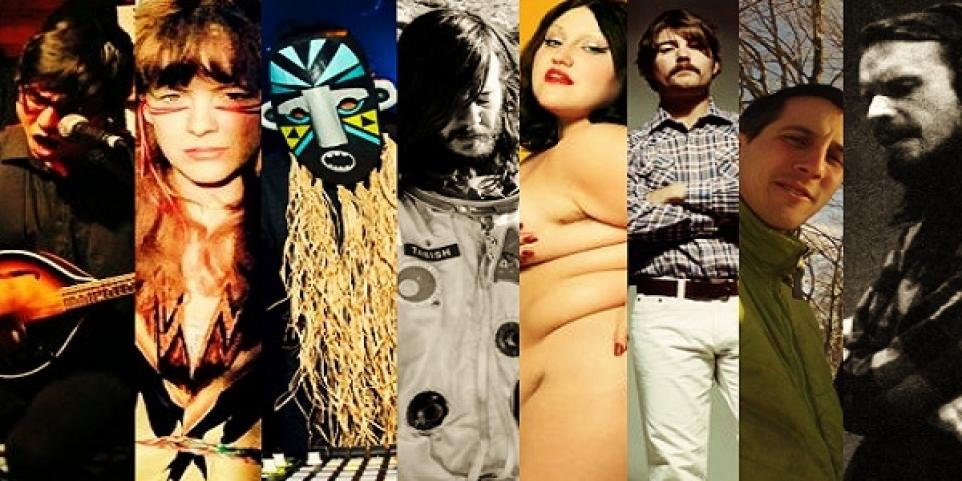 Hollah, indie kidzzz! Sorry we never got a Best of Indie to you last week, but BitCandy were busy hitting up Austin for SXSW (speaking of SXSW, have you read our snazzy feature, Best of SXSW Unknowns?). But fear not, scenesters for BitCandy are back, showered, shaved, and ready to give ya nine new chunks of delicious indie! Get your nom noms on below!

We figured we would kick off this week's Best of Indie by blowing your minds. Check out this video of Mother Falcon (a 16-piece symphonic alt folk indie band) performing "Alligator Teeth" at Central Presbyterian Church in Austin, TX. We caught these guys at SXSW and no jokes, they blew the doors OFF. By the way, did we mention the fact we signed these geniuses? SMUG FACE! Now go scoop up your officially blown mind from the floor and continue with more indie below...

An oldie but goodie from Niki and the Dove, an indie pop duo hailing from the electro utopia that is Stockholm, Sweden. We adore this off kilter slice of synthetic, which is taken from The Fox EP, out now on Sub Pop.

SBTRKT has just dropped this slow-burning bloopy banger to his Soundcloud. "Surely" was a bonus track on SBTRKT's 2011 self-titled.

Another nostalgic number, this time from Others Lives. Taken from 2011's Tamer Animals, "For 12" is a melancholic folk fandango that sounds like it was born and bred inside of Robin Pecknold's beard. PS - word on the street is Radiohead have just booked these guys as tour support. Nice work, Mr. Yorke!

Gossip return on May 22nd with their fifth album, A Joyful Noise. Lead single, "Perfect World," showcases what at first appears to be an intriguingly sedated Beth Ditto, but dw, her pipes propel full throttle come the soaring chorus. We likey!

"Capitol Pill" is a retro jam from the Dublin rockers (did I really just say "rockers"? Ugh, sorry), La Rocca. This acoustic/piano rock number closed the 2006 album, The Truth, which dropped on LA's Dangerbird Records.

Zammuto "Too Late To Topologize"

On April 3rd, Nick Zammuto, of NY duo The Books, will release an album with his new band, creatively called Zammuto. Here is a brain-melting cut from the forthcoming self-titled, "Too Late To Topologize." And no, it sounds nothing like OneRepublic. Seriously.

"Hollywood Forever Cemetery Sings" by Father John Misty (better known to you as Josh Tillman, former drummer for Fleet Foxes) has been bobbing around the blogosphere for a few months now, but BitCandy <3 it so much we are bringing it back in fashion. This track name checks cliché Foxes features (excess reverb, perdy harmonies), but comes with an added serving of crash, bang and wallop. Looking forward to Misty's new album, Fear Fun, which drops May 1st.