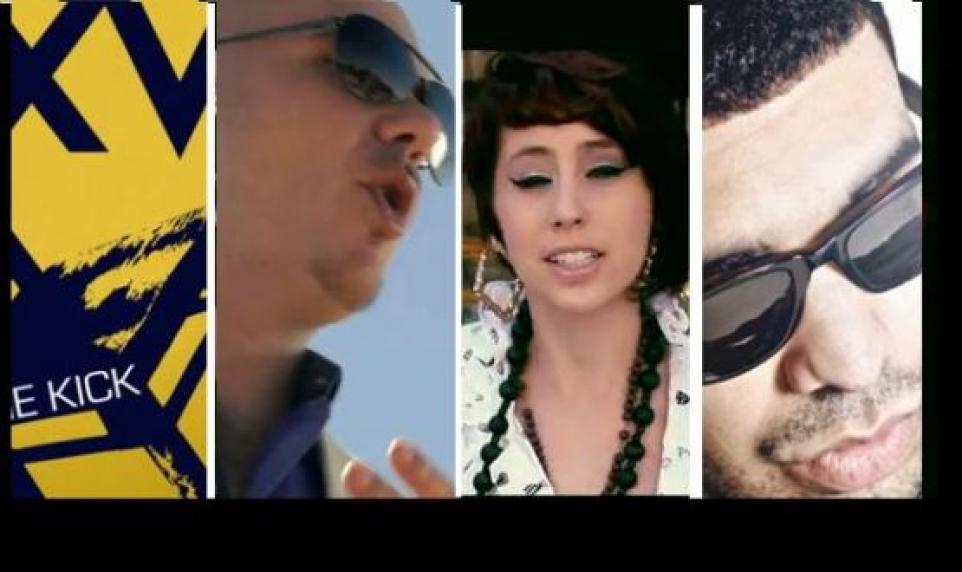 It's time again to kick off the week with PopKiller...not the lame pop music on your radio station that, by the way, you don't listen to anymore...nope PopKiller's got the cool edgy, credible and important po music that SHOULD be played.

Where we're from (or where we're going) "pop music" is an artform.  Word up.

On that note...let's get started.
"5 O'Clock" T-Pain feat. Wiz Khalifa & Lily Allen - Ok the guy can't sing and needs autotune...but damn, can this guy deliver smash hit after smash hit?  Brilliant unexpected mix of Wiz and Lily on this one.
"The Kick" XV - XV is "waiting for the kick, maybe compliements of "Inception?" Thanks to XV though we are not having to wait for a killer jam.  I'm not sure where XV got this track from but it's like they lifted the theme from "1492. Master & Commander" and put a beat underneath it.
"Rain Over Me (Benny Benassi Remix)"  Pitbull ft. Marc Anthony.  God bless Italians for Ferrari's, Pizza and Benny Benassi.  For the most cjheesiest video of ther year...just check this one out (oh and some big BMW and Vodka product placement).
"Gucci Gucci (Lil Silva Remix) Kreayshawn - I'll be laughing my ass off if this song can break into the Top 20 and hopefully the Top 10.  This is a song that shouldn't be on the Billboard Hot 100 at all .. yet it seems the gates to cool and edgy pop music is opening.  The best lyric: "Bitch, you ain't no barbie / I see you work at Arby's / #2 super size / hurry up, I'm starving!
"Keep or Delete" The Whip - If we had our way (and maybe we will soon), The Whip should be blasting on your transistor radio.  But for the moment we'll settle for and prefer the Internet.
"BITSTU" XV vs Jai Paul.  Fantastic mashup / remix and more brilliance from XV.  The sample no doubt is Jai Paul's "BTSTU."
"Club Paradise" Drake - Brand new song just released / given away from Drake over the weekend.