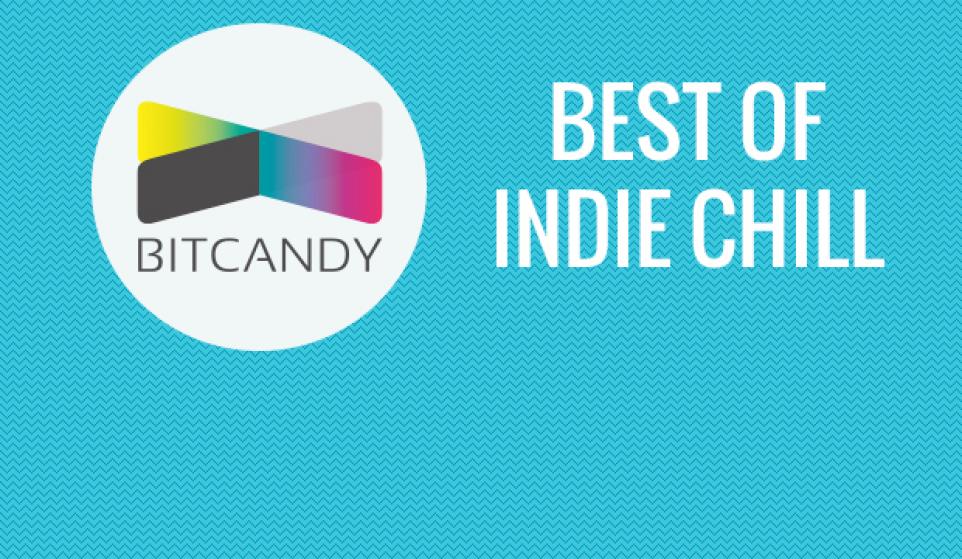 I can trust you, right? If you should decide to treat yourself to a drink or maybe even a sneaky smoke of some kind of special substance while you sit back and listen to this week's top chillwave songs, I can trust you not to go drag racing and getting your sorry ass arrested straight after, right? Of course I can trust you, as you're not a complete douchebag like some kids out there. Not that I'm mentioning any names. Anyways, thanks to the Curators who helped me out with today's pickings from I Break Horses, Sea Change, Gold Panda and more. If you'd like to be a Curator, sign up here.

I BREAK HORSES – YOU BURN

“You Burn” is one of those cray emotional electronica ballads that only Swedish people can seem to able to write. Anyways, this flick is totally making me think about life, death, and ever so slightly about “Video Games” by Lana Del Rey, so brb. I'm going to call my mom and tell her I love her.

My body was ready. I really wanted Giraffage to get me naked by the end of this song, but instead “Undress U” just ended up making me laugh my ass off with its downtempo sample of “Freaky in the Club” by R. Kelly. Maybe that's the point, I mean, who actually calls themselves Giraffage?

There are SO many bad Daughter remixes out there, every time I stumble on a new one, I hit play fully expecting to throw my executive Beats by Dre across the room in disgust. My Beats remained firmly in place throughout this remix, despite tata shaking. So that's saying something Binary, bb.

Oh man, it's another one of those videos made up of old home movies. Lana Del Rey is officially responsible for the second worst type of promo clip EVER after the behind the scenes tour montage. Btw, thanks to Duff for turning us on to Sea Change way before the rest of the intranet last year.

RADIOHEAD – EVERYTHING IN ITS RIGHT PLACE

Time to switch things up with a vintage classic from our favorite alt dads, Radiohead. “Everything in Its Right Place” opens Kid A, the greatest Radiohead album of all TIME, as any creddy bro will tell you. Even though I secretly prefer Pablo Honey, as that's the one with “I'm a Creep :(” on it.

In 2009, Gold Panda dropped this two track EP, Quitter Raga. It was kind of a massive, Pitchforky deal at the time, but it was limited to 500 vinyls, so you had no chance of getting a copy, tbh. That's all changed now though, as Notown as repressing the EP, which features this mad vibe on the flip.

On Monday, I introduced you to “New Country” by Racing Glaciers over at Best of Indie. Having pumped my fist to it FURIOUSLY for an entire week now (yes, that's as wrong as it sounds), I'm in need of something a lil more downtempo. Step in this remix from Lana Del Rey clone #179, Laurel.

S. Carey is the drummer for Bon Iver. Yeh, us REAL fans know there's more to Bon Iver than Justin Vernon, even if he is the only member we can name/care for/9 out of 10 would bang. And since Bon Iver recently went on hiatus, Carey is now releasing an album of his own beautiful acoustic shit, k?

EMBRZ has taken “Let Go” by Dive In and made it sound like an Owl City song, and Owl City makes me want to gouge my eyes, brain and remaining organs out. Well, this does ask me “how I really feel,” EMBRZ. I much prefer your take on “How Long Will I Love You?” by Ellie Goulding.

If you only have time to check one song from Bratislava based (I have NO idea where Bratislava is) producer, FVLCRVM's debut EP, Notch, make it this 5 minute future beats jam. Listen closely, as it samples what sounds like a girl having an orgasm, “Je t'aime... moi non plus” style. Oh, Europeans.

That's a wrap for this week's top chillwave songs, but me and the Curators are back next Friday for more. If you think you can do better than us, why don't you stop being such a smartass and sign up to be a Curator today? Or if you're too lazy to do that, leave your hate mail in the comments below.