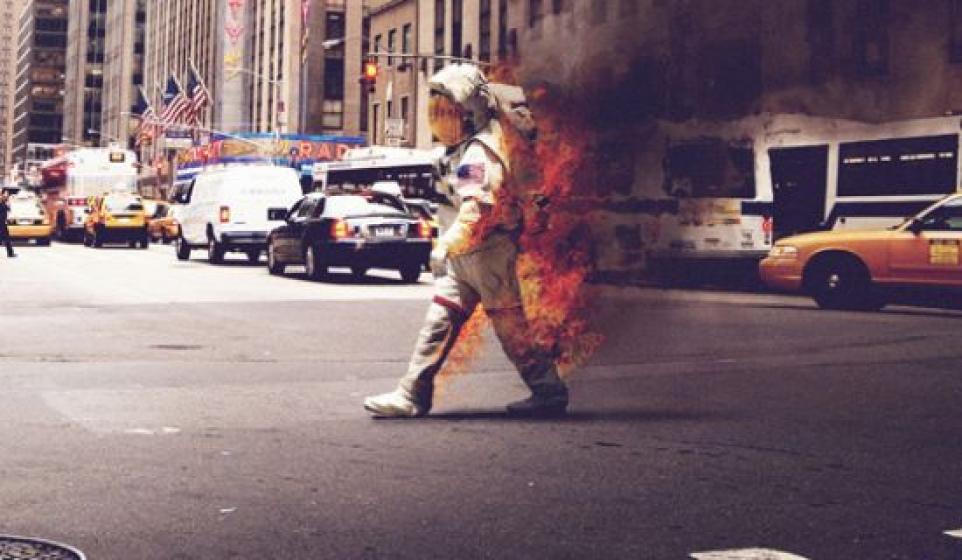 Every music enthusiast loves the end-of-year lists. At best it's a bubbling pot of goodness, capturing the hottest talent of the year and a curated insight into what the musical year ahead has in store, by way of predictions, or as I like to call it... hope.

I have gone through my sounds of 2013 with a fine toothed comb to yield ten superior acts that may just shape our listening habits in the year looming. Unlike the BBC Sound, which is fine for mainstream listeners... of course Sam Smith is going to be all the rage next year, 'Say Lou Lou' for 2014? Fuck-off, they already buzzed 2013, progress is obvious, and you don't need me to tell you 'Banks' will B.I.G in fourteen.

Last year, I chose thirteen acts, The majority proved a sweet selection (search me on Twitter @_Duffster to view that badly written noob post). It included Micky Ekko, Postiljonen and MØ; they've all had a pretty epic year. Say Lou Lou, Haerts & London Grammar were the other main forecasts I selected.

KIDS OF THE APOCALYPSE

One of the most exciting indie prospects around at present, and criminally underrated this year were the two tracks from KOTA. How these tracks never caught the "hype factor" is fuckin' beyond me. Both still under 20k spins on the cloud is laughable. In 2014 these kids will gain deserved exposure with their creative visuals and lush sounds that'll have fellow bloggers' wondering why Bitcandy are always ahead of the game. Check out the "WOAH" follow-up, "Empire" (+ visual) too.

When I first heard this track from Max Elto, I was in awe with the vocals. It was a stunning debut from the Swedish duo (known as Taped Rai then) and I feel it'll be overlooked on many "hip" tracks-of-the-year lists, more fool them. Have a listen (below) to how this beautiful minimalist song is transformed into a hugely euphoric club track. Be sure to check out, "Backyard Animals," the follow-up to "Shadows Of The Sun," and sit back and watch their forthcoming Taped Rai EP take 2014 by the balls.

This "On Our Way" is at the top end of my summer tracks of 2013, an absolutely massive pop tune and radio friendly, yet not once have I heard it being played here in the UK. In 2014 these Swedes have the scope to break both ends of the pond. I predict they'll do what One Republic did this year and smash the airwaves with infectious and clever pop anthems that don't fade after a few spins. Listen to the aptly named "Radio," dropped a couple of months ago, and file 'em beside NONONO as your indie-pop fix in 2014.

One thing you should do if you're diggin' the sound of Phoria (great name huh) is head over to the tube and feast your eyes on their live performances. It's a thing of beauty; it is a mark of class that some can only get away with via the studio. Quality is running rife in this celestial five piece, and with the solid Bloodworks EP bolstering the potential factor - a US/UK tour in-hand? An exciting year awaits. Not convinced? Just hit play on "Red" - yeah, heavenly indeed.

I don't have the words to explain Clementine's vocals. Sublime? Or if you're the type that gets the clichéd "goosebumps" then this man is the very type to deliver such a bump. I really dunno how he isn't on the BBC sound of 2014. I equally don't know how he isn't on every other blog out there by now either. What I do know is... before long, the music world will be in his talented hands. I have the Jools Holland show to thank for introducing me to this unique soulful voice. I'll wager one dollar with you - if Benjamin releases an album next year, it will win the Mercury prize. Any takers? After you listen to "I Won't Complain," go filter his 13 minute Deezer session, then proceed to scoop your jaw from the floor.

Circa Waves, yeah, you'll see, GOOD FOR YOU, GOOD FOR YOU! No other British band has impressed as much as these guys. I'm sure The Vaccines connection here is one reason I'm hooked, as a huge fan of theirs. My hope is that this lot go on to deliver a great indie-rock album next year; the potential is way out there.