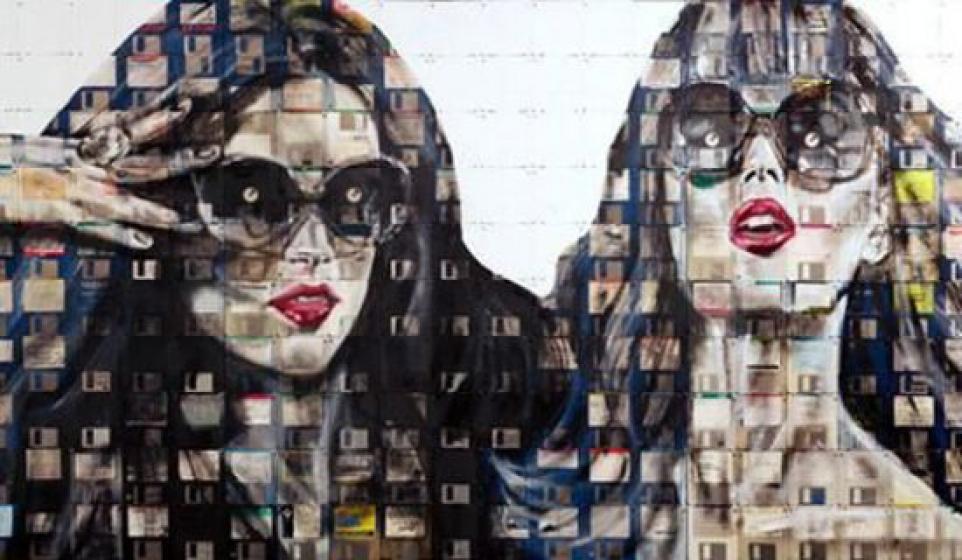 Noel Gallagher's "dog shit" year is almost over, but, still enough time for him to throw that poop in the direction of GaGa, Arcade Fire and "one hit wonder" Thicke. In his latest interview, the pick of the much quotable Gallagher has to be this gem, referring to Cyrus, Syphilis & co: "It's just embarrassing. Be good. Don't be outrageous. Anybody can be outrageous! I could go to the Rolling Stone office and fucking shit on top of a boiled egg, right? And people would go, "Wow, fucking hell, that's outrageous!" But is it any good? No, because, essentially, it's just a shit on top of a boiled egg." - Quality!

Los Angeles. The Future. 1995.
"A string of disappearances throughout the underground night club circuit has driven law enforcement to initiate a manhunt for the elusive figure they call Starcadian."

Patiently been waiting on this 'Chinatown' visual dropping from Starcadian, it's the second instalment in his "ear movies". One of the best discoveries this year has been this utterly fuckin' creative punk.

Welsh band Cut Ribbons have been quietly going about their shit for a few years now & it looks like the graft is paying off, championed by the like of Hew Stephens (Radio 1) and picked up by Kissability - they look nailed on for buzzing the blogosphere with this belter.

NO CEREMONY/// released a couple of videos this week from their self titled debut album, fronting their melancholic side with the help of James Vincent McMorrow on 'AWAYFROMHERE' and peeling back that veil of mystery on 'WARSONGS' that had previously shrouded the trio. They have a unique sound that sets them apart from most, aka the /// effect - Not really, but, I'm rolling with that term.

Manchester outfit Patterns are new to my lugs, though apparently been around a bit, carefully piecing together their debut album that's due out next month. It's a fine slice of Dream-pop on the title track 'Walking Lines' that singer Ciaran explains: “It’s an attempt to capture the solitude of sleeplessness and the absurd wonderings of a tired mind."

Trinidad & Tobago's Flight Facilities released this video for latest single, "Stand Still," which features Micky Green. The 80's inspired visual is from director Dave Ma. Everything Captain Earnest Bon-Huffington & crew have done this year has been a success their latest offering is no different. Check out the Com Truise remix of this track, dropped yesterday on the cloud.

The UK scene is way behind the US when it comes to stellar R&B acts. However, London's singer/songwriter Luke Pickett's soulful vocals on "Wasted Dreams" rival those of golden balls, JT.

OSCAR KEY SUNG - ALL I COULD DO

Oscar Key Sung's second single "All I Could Do" gets a brilliant trippy journey through a whole host of crazy digital shit on a video that shouldn't really work, but it does, a treat. Did I mention the song is pretty neat too, yeah.

I KNOW THE CHIEF - STAY COLOURED

Some of us may be shivering in the winter weather, but down under it's summertime, and this track from Melbourne's indie five piece, I Know The Chief, is screaming for a cold beer and the beach. Their uncanny British twang is heard on 'Stay Coloured,' which you can grab as a free dwnld & freeze until the sun is shining, sorted.

It was a huge indie-pop hit at the turn of the year for Brooklyn's Little Daylight, clocking up 300k spins on SC alone and pretty much setting up their year. They've just this released this banger of a visual for 'Overdose.'

I've had Sydney producers Louise Millar and Michael Macias on repeat this past week, with their clever rework of Bon Iver's "Hinnom, TX" (which you can check-out on our Best Of Chill). And now the duo have just dropped their second single, "Swell," and it's pretty damn stunning.

MANSIONS ON THE MOON X MAZZY STAR - FADE INTO YOU

A song never to tire of is Mazzy's "Fade Into You." It is pretty fuckin' epic, after all. This is a nice touch to the track by Mansions On The Moon, not tinkering too much with the dreamy original, yet bringing enough of their own to offer a fresh alternative.

Until next week... Keep it fresh, Keep it Bitcandy!