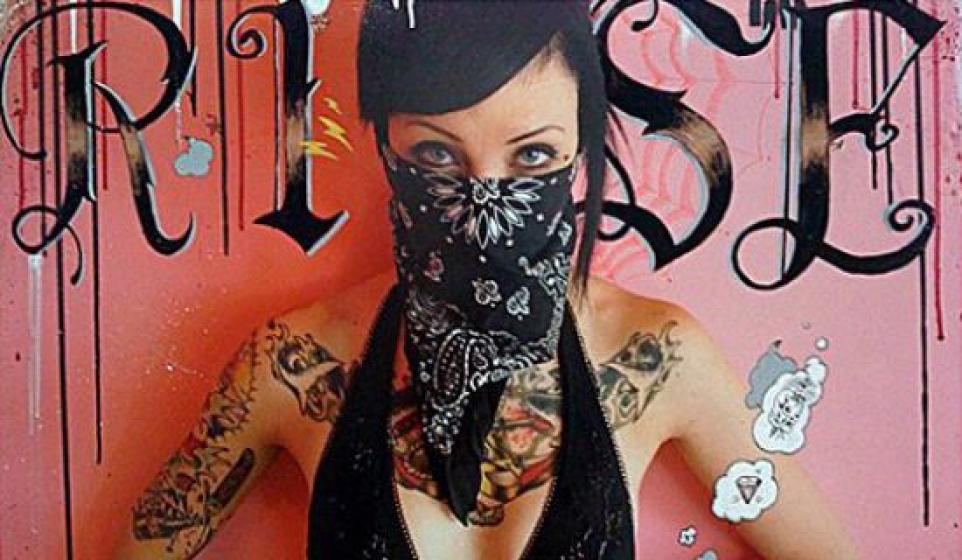 I've spent the past week (with Manflu) doing what I ain't done enough of this year - devouring albums. I was craving a solid LP, arrrghhh! Turning over and keeping on top of the latest tunage requires max attention. I tend to use Pink Floyd, The Vaccines and Ludovico Einaudi as pallet cleansers [fwiw] to separate the shit from a potential hit; however, a great album lifts the spirits.

I got through about a dozen of the most hyped to drop this year... I dunno if you can class Iggy Azalea's effort as an album though. She should be seen with short bursts, preferably on mute. Lily 'Sheezus' Allen's was tedious at best, and Lykke Li's I Never Learn simply stunning.

That said, the album that most surprised was from an artist I usually swerve. Damon Albarn's Everyday Robots was completely refreshing & classy. Mercury award for Mr. Albarn? What about you? Let us know what album(s) you're diggin' this year via the comments or fire a tweet to @BitCandy. Artwork from Morgan Slade.

This week we have some stellar Emerging Candy to get through, including EKKAH, Machineheart, Mo Parker & the latest popper from Frenship!

We've been tracking Ekkah for a while now, awaiting on the duo's online presence to be felt after hearing great vibes from their gigs. The first single, "7AM," was a sweet intro to their sound. The new track, though, "Figure It Out," is more smooth, pushing the current 90's nostalgia trend and boasting the funkiest vibe that we've heard lately.

Mo Parker is the latest name to cut the spliced electronic circle that is churning out potential hype every other day. There s something greater in Parker's pretty impressive debut to suggest he's more than just another link to the trend. That vocal, so much soul.

DNKL have became a favourite of ours ever since they graced us with the deliciously sinister clip for the debut track, "Hunt." The haunting Swedes followed up with the dark synths on "Battles," which now has its own equally great visual.

Machineheart are not new to Bitcandy. They are, however, new to my radar, and a fine addition to our pop-fix. What starts off as a "normal" intro you'd expect from an indie-pop number, soon powers its way into a mellifluous piece of clever pop that doesn't ever look back.

Fresh from posting "Anya" on our Emerging Candy, L.A's Frenship have premièred their new track, "Morrison," right here at Bitcandy. Frenship have now dropped three ace tracks and we're jamming their latest gem on repeat. Get familiar and read our Beca's review on the front page.

Former T. Williams support vocalist TÄ€LÄ€ has caused quite a stir on the blogosphere since she first dropped "Duchess" a little over a month ago. Sometimes the hype is justified, and such is the case here. Watch her first official clip for her second single, "Serbia," which she filmed in Marrakesh, and look out for the debut EP.

HOLY FUCK! That was the genuine reaction from this potty mouth when I first heard this stunning new track from dreamwave wizard, Japanese Wallpaper. It features the sublime vocals of Pepa Knight who is my latest man crush. Hear why, with the refreshingly blissful "Waves."

It's Mothers Day this weekend for y'all (ours was in March) and I can't think of a more fitting song to celebrate it with, than this truly great cover of CHVRCHES' "The Mother We Share" by Wild Cub. How goooood is this huh? Love it.

-
See ya next week. Keep it Bitcandy!