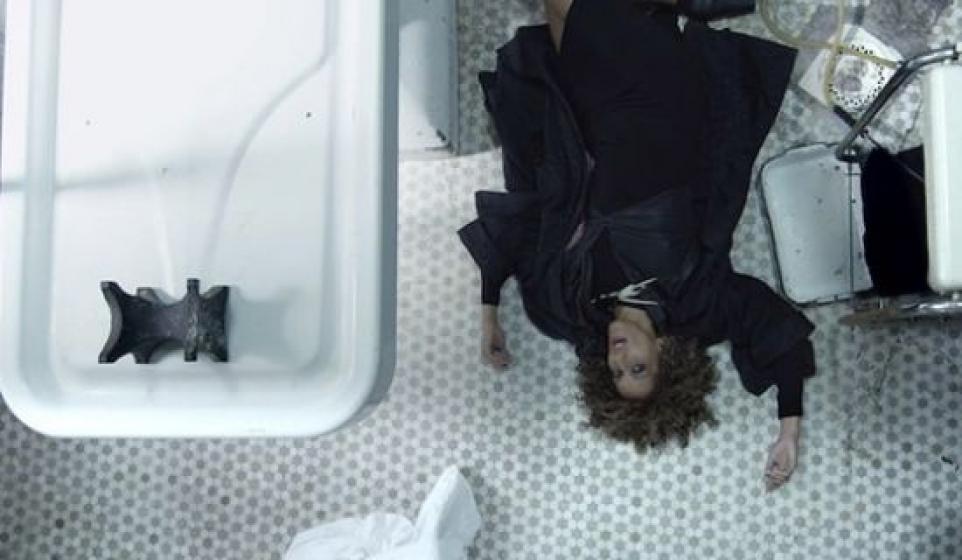 It was a generous week for music, such a wealth of great tracks were dropped from the top of the ladder with M83's latest offering being a particular favorite along with the mesmerizing FKA twigs collab with inc. Wasn't that impressed with Coldplay's "Midnight," though a new album from Chris Martin & co is buzzing. Likewise the news that Kanye will release the 'Yeezus' movie and Lilly Allen unveils her album name is Sheezus, WTF? There was also Kill J, Vancouver Sleep Clinic, Cathedrals and Iamamiwhoami to name but a few putting out incredible new material. 'kin hell, breathe!

Away from the hype there was also that flow of new talent emerging and I've filtered the best of this ear-candy. Get streaming before Coldplay drop another single.

Who else wants that neon cross, yeah? This is morbid as fuck, right, cruising a hearse through Harlem, throwing shapes by a coffin and prancing around as a mortician. Actually the whole funeral theme is pretty fucking majestic from Canada's AKUA - dig this, well... minus a headstone & coin it lost soul.

Brooklyn four-piece Skyes deliver a killer electro-pop debut with "A Girl Named Jake" that only needs one play to be clicking with its infectious hook and stellar vocal from DA Knightly.

Novo Amor has dropped his latest track, "Holland," last week with this video. Crashing waves and drenched (literally) by melancholy, Ali Lacey's music is steadily progressing and we're looking forward to the forthcoming EP, Woodgate, NY, due later in the month.

CAPE LION - CALLED YOU MINE

Are all Swedes born solely to deliver great pop music to the rest of us? They just churn out this endless stream of quality acts & Cape Lion are the latest to grab our attention with two tracks dropped in the past month. File 'em beside Postiljonen & The Royal Concept.

Hoizer has amassed a following here in the UK + the blogosphere on the back of his epic Take Me To Church EP. He's due to play  SXSW at St. Davids Church (very apt) with likes of Sam Smith & Vance Joy on the same card. "Eden" is another reason why you lucky bastards that are heading there don't want to miss his show.

Novo Amor, Hozier & now Tenterhook -- all three are similar musically, and their scope as solo acts endless, exciting.. em' okay. Tenterhook, the project of London based Archie Faulks, has only just put out a demo. It just happens to be the best demo I've heard in quite some time. Classically-trained Faulks also won Song Academy's Young Songwriter of the year, a multi-instrumentalist who bears that Vernon-esque falsetto. "Stereo" is a great intro to this young talent.

Rockstrog is a brand new Dublin based band fronted by Congo born Andre J.P Bangala. The debut track, "Go'Head," is fused with swing, pop, rock and a fuckin' fresh funky ass vibe that demands another spin.

Electro-pop outfit Rainmode have put out this throbbing remix of that epic anthem, "Kids," by fellow Swede Style Of Eye. Rainmode's original tracks are worthy of a feature here; however, this remix gets my juices flowing. It deserves more than the baffling 200 Soundcloud spins it's had.

We'll leave y'all with this bitch crazy Breaking Bad mix that could well go viral after 500k hits in the past couple of days. God damn right! Can't shift this from my head nor repeat.

See ya next week, keep it BitCandy!