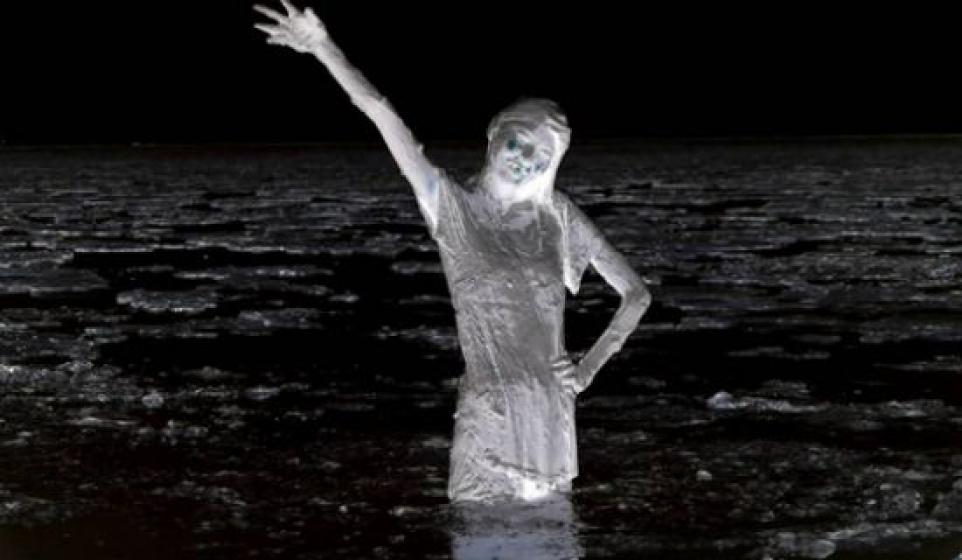 I must be the only one not interested in Beyonce this week, at least it feels that way. Remixes are ruling the blogosphere (avoided listening to 'em all) and my social feeds are cluttered with talk of her gigs this week in my home city Glasgow. As I type she's also live at the BRITs f*ck off already, it's OTT. Though at least she wasn't as bad as Lorde's Brit award performance, which was an EPIC fail.

From all selections this week, King avriel has the biggest potential to be a household name, a star in the making on the cusp of blowing up the R&B scene and the music world in general. Challenging gender norms, hence the deliberate lowercase "a" in her new moniker. "Freedom" may only clock 1.32, however there are several deep meaningful layers within the track + video. I suggest you head over to her Tumblr and read the open letter avriel posted whilst immersed within her intriguing music.

New Zealand strikes gold again. Yumi Zouma and Broods have been buzzing the early part of the new year with their stellar EPs, and now Auckland's Thomston is ready to bolster the seemingly thriving NZ scene. Unsigned (for now) and about to carry another fuckin' Lorde tag that'll be tough to shake, 18-year-old Thomas Stoneman should be judged solely on his own brand of Alt-Pop with his School Night EP packing five fantastic tracks, a solid introduction to his talent.

We introduced you to the (then) mysterious Saol Alainn back in November with the brilliant debut "Nostroke" -- which still sounds as good now after numerous spins, as it did when it first dropped -- and it's surely a matter of when, not IF, his sound blows up the blogsophere. This is the second single which premiered via Diplo & Friends and "Cis Cism" should bring about much deserved exposure for this synth-wizard, who we now know just happens to be Isom Innis of Foster The People.

FOR BDK - WHAT I MUST FIND

For BDK (stands for Body, Drugs and Kicks) f'realz. This is the first track the duo have released outside Sweden and we're diggin' the dark electronic pop here. (Apparently it's drugbeats -- yeah, new to me too.) If you're feeling the BDK vibe here, there is a video out soon and more to stream via their Soundcloud prior to the debut album dropping.

Known by few as the next big thang that'll emerge from Sweden, to be fair that has been said for quite some time and still the duo sit under the radar. Finally though they release new material along with this great visual for the dark bass heavy "Glide" and now we're getting closer to that much anticipated debut album via Hybris, oh yeah.

In contrast to the dark pop aforementioned, Goodbye Chanel provides the light with their latest track, "Foreva," which screams summer! We heard (and loved) the Through Night To Paradise EP last year from the five-piece. With the UK flooded from some of the worst storms on record, this breezy dream-pop goodness should be blasted up & down the country to cheer us all the fuck up. It should also be the breakthrough for Goodbye Chanel, and rightfully so.

Starwalker is an anagram for FUCKIN' TEASE! The Jean-Benoit Dunckel (Air) and Bardi Johannsson (Bang Gang) collaboration that teased us with various snippets ahead of their debut, Bad Weather last year, were at again in recent weeks gearing towards this follow-up single, "Losers Can Win." Perhaps I'm just impatient. The new track with its goofy video doesn't disappoint. "When each game finishes, we play a new game. Sometimes we win and sometimes we lose. But sometimes losing is winning. 'Losers Can Win' is about courage and karma." explains Dunckel. EP is out next month, take note.

Get a load of these funky jungle noir vibez from the impossible to google Mother, who hail from Brooklyn and are about to have their live debut with Magic Man this week, and that is about as much info you'll find for now. With a twitter feed last updated two years ago, it's fair to say they're not completely box-fresh and perhaps under a name change or similar. Who cares when the track is this good, huh.

See ya next week, keep it Bitcandy!