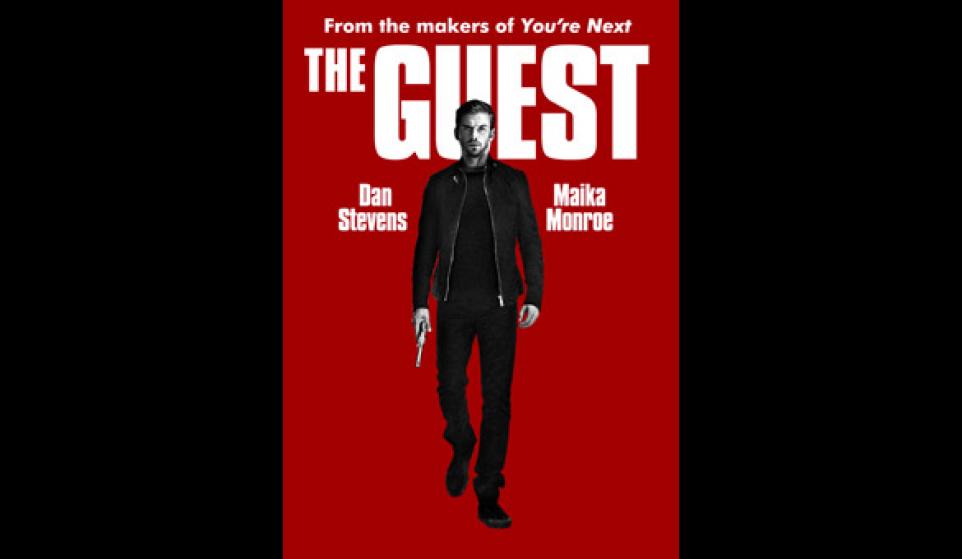 Starting off the countdown of the Best Indie Films of 2014 is ‘The Guest’. It’s a methodical suspense thriller/home-invasion/slasher hybrid that has a knack for showing how to invade personal space or overstay a welcome in the most disturbingly mesmerizing way possible. Though it has borrowed elements from various genres, ‘The Guest’ has managed to stand on its own because the characters are fascinating and the scenes were delivered with gusto and conviction. Those very reasons and more have made it one of the best indie movies of 2014.

There’s nothing really new about the plot. Here we have a newly discharged soldier/drifter with a troubled past named David, played by Dan Stevens of ‘Downton Abbey’ fame, who out of nowhere, arrives at the home of a grieving family of a dead soldier. Claiming to be the best friend of the fallen soldier named Caleb, the bereaved family, except Anna (Caleb’s sister) played by Maika Monroe, warms up to him despite the fact that they never heard of him. He soon takes advantage of the family’s hospitality and goes into a murderous rampage.

The story is all too familiar but it stays fresh throughout because director Adam Wingard treated the material as if it were a revolutionary idea. And it didn’t hurt that he worked again with screenwriter Simon Barrett, whom he last collaborated in another cult hit ‘You’re Next’. Together, they’ve added a few elements/ingredients to an already familiar formula, improved on it and set them all in motion to the tune of trippy, synth-heavy, John Carpenter-like soundtrack. The result: A totally satisfying suspense thriller for the senses that only top indie films can concoct.
Amidst all that, we have Dan Stevens. What a revelation! And transformation I must say. He showed so much range, rawness and believability that you almost felt like he was really an unhinged war veteran suffering from PTSD. And that southern twang was impeccable. He’s the Rick Grimes of suspense thrillers is all I’m saying. The supporting cast also did their parts well. They’ve elevated his already extraordinary performance.

Having said that, ‘The Guest’ suffers from an anticlimactic conclusion. In my honest opinion, it can do away with the plot twist as it only undermined the story. As soon as the film ventured into ‘fringe’/’X-Files’ territory with the government secret human clinical trial gone awry subplot, it kinda lost its momentum. Kinda, because the amazing soundtrack saved it from an impending derailment. No wonder they hired that black dude from the TV series ‘Fringe’ to hunt him down and where is Olivia Dunham when you need her?

All in all, ‘The Guest’ is a taught suspense thriller hybrid that was well-acted and well-directed. And if and only if the carnage and badassery doesn’t impress you, I’m sure the music will. It’s a trippy, nostalgia-inducing film that harkens back to 80’s retro horror. If that’s not cool enough for you, I don’t know what else is.

Synopsis
David (Dan Stevens), a newly-discharged soldier arrives in the home of a grieving family of a dead US serviceman named Caleb. He introduces himself as the best friend of the fallen soldier and is in town to deliver his farewell message to his family. Although they haven’t heard of him before, he slowly gains the family’s trust because of his politeness and undeniable charm. Unbeknownst to them, David is a mentally deranged killing machine with a really short fuse. As dead bodies begin to pile up in a typically peaceful town, Caleb’s sister Anna (Maika Monroe) becomes suspicious and begins to investigate into his past. She soon finds out that David isn’t the person he claims to be. Shocked by what she discovered, Anna needs to inform her family about David’s shady identity before it’s too late.