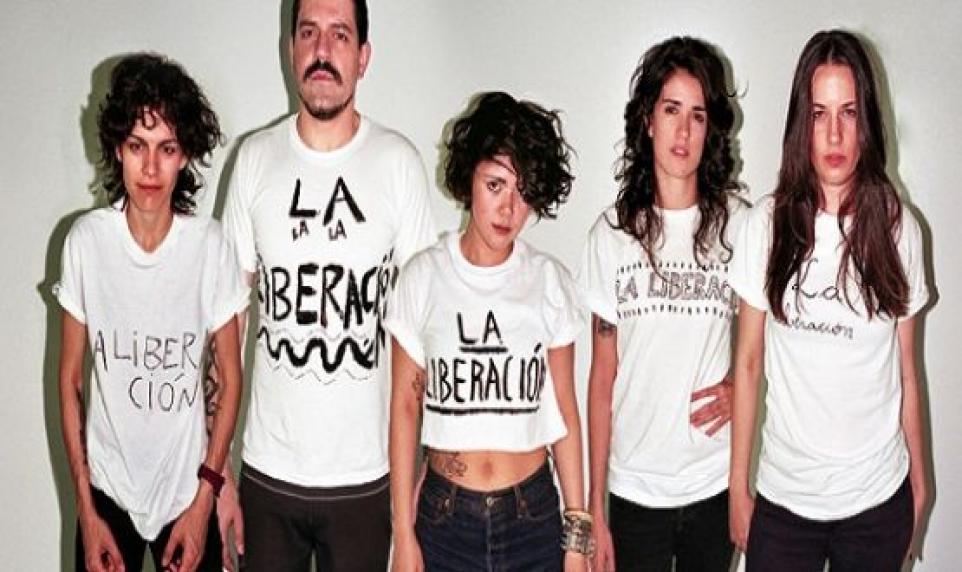 Is CSS Return All That 'Liberating'?

Back in 2006, CSS exploded on to the music scene in a fireball of glow sticks and tight-fitting jumpsuits. Their debut, 'Cansei de Ser Sexy', overflowed with fun electro-ditties, which slotted all too perfectly into the hippest (lamest?) scene of the time, nu-rave, with the band joining forces alongside Klaxons and New Young Pony Club as pioneers of the neon-wearing movement.

Despite this initial wave of success, the band's second LP, 2008's 'Donkey,' proved to be an ultimately dreary follow-up. It was expected, really -- the fickle nu-rave scene was dead and buried, with the likes of Fleet Foxes, Vampire Weekend and No Age heralding the cool return of guitars over buttons that very same year. In a sense, CSS had lost their identity in the music world, or at least, had no identity to live up to anymore.

It's perhaps unsurprising, then, that CSS have tried to unlock the nu-rave shackles put in place since 2006 with their upcoming third LP, aptly titled 'La Liberación' ('liberation' in Spanish).  With multi-instrumentalist, Adriano Cintra, stating the record "has influences from clubs, reggae and punk", and front-woman Lovefoxxx's return to "feeling inspired and happy," 'La Liberación'  looks set to mark the return of a band who have had new life breathed through them.

Perhaps? New track 'Hits Me Like A Rock' most certainly oozes with a fresh, funky undertone. Plus, added vocal contributions from Primal Scream's Bobby Gillespie provide a nice detour of sound . However -- and while CSS so needed to mature and ripen their sound -- this modestly-paced track does appear to verge on meek and lifeless. Catchy, sure, but come on, not all that exciting right? Have CSS lost their steam? Have a listen...