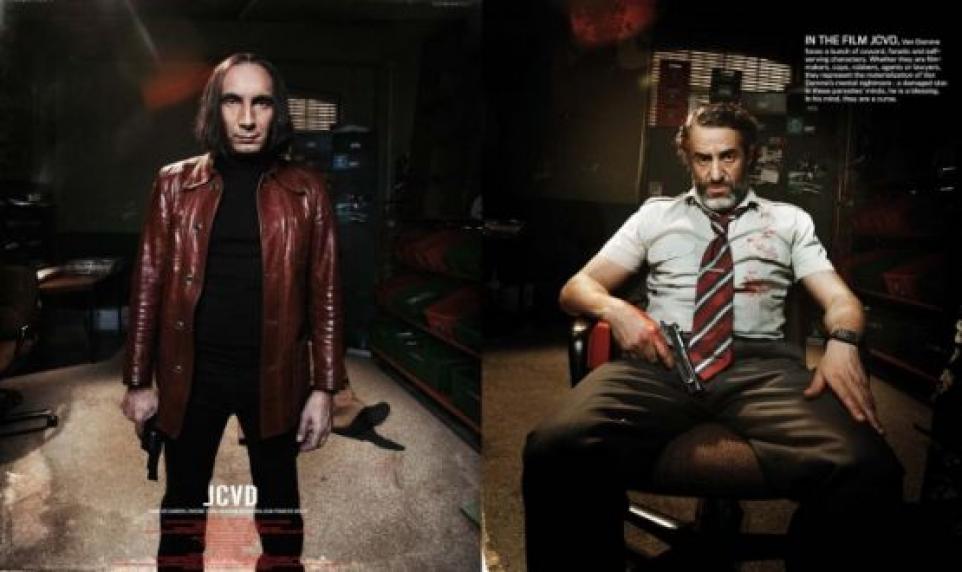 Yes, I really am doing this. I'm seriously recommending a Jean-Claude Van Damme movie....but but BUT!.. it's not your usual Jean-Claude film...nope, not at all...and you're going to be in a surprise for this somewhat surreal, well made crime thriller based on a post office heist gone wrong. And guess who gets caught in the middle of it all. Yup.

Jean-Claude play himself (yes, himself) as an out of luck actor, a 49 year old action hero, who also in his personal life happens to be embroiled in the middle of a long custody battle for his young daughter who he absolutely adores. As the legal bills continue to pile up; Jean-Claude is pressured to do lower budget and more shady work for film/production companies, all the while pandering to novice directors and lame scripts.

Ultimately Jean-Claude gets a break, and a part comes through, and he reluctantly accepts, especially as he needs the money so badly. The 1st part of film film advance is wired to his local post office (in Belgium I guess post offices double as local banks)... but much to Jean-Claude's bad luck and timing...the post office is totally out of money. And no doubt, there's no way Jean-Claude can pay his custody lawyer, (who's bill is way overdue) in stamps.

But what JCVD doesn't realize, and where the plot thickens, is as Jean-Claude is walking into the post office, he's actually stumbling into a heist. And after his arrival, the heist quickly goes out of control. While Jean-Claude becomes a hero in helping to protect the other hostages, through some mistaken identity, the robbers set up Jean-Claude as the actual thief, and things just go crazy from there.

I have to give Jean-Claude mega props on this film. Not only is this a great film, well directed, with a great story line with twists etc...but Jean-Claude should have received some type of recognition for his acting skills on this one. And yo...I'm being totally for real and serious. Check out this 6 minute - one shot monologue where Jean-Claude reflects on his life. Dude, Jean-Claude is a friggin artist!! Props man.

Jean-Claude Van Damme's last track record of movies aka 'Bloodsport' to 'Time Cop' might not be for you, but 'JCVD' is a really great film worth checking...and with an 85% fresh rating on Rotten Tomatoes...you can't go wrong.

Last but not least, in the 'believe it or not' category, Time magazine rated Jean-Claude Van Dammes's performance in 'JCVD' the 2nd best of 2008, right after Heath Ledger for Batman with a performance that was 'Oscar worthy.' Jean-Claude, please keep on fighting.