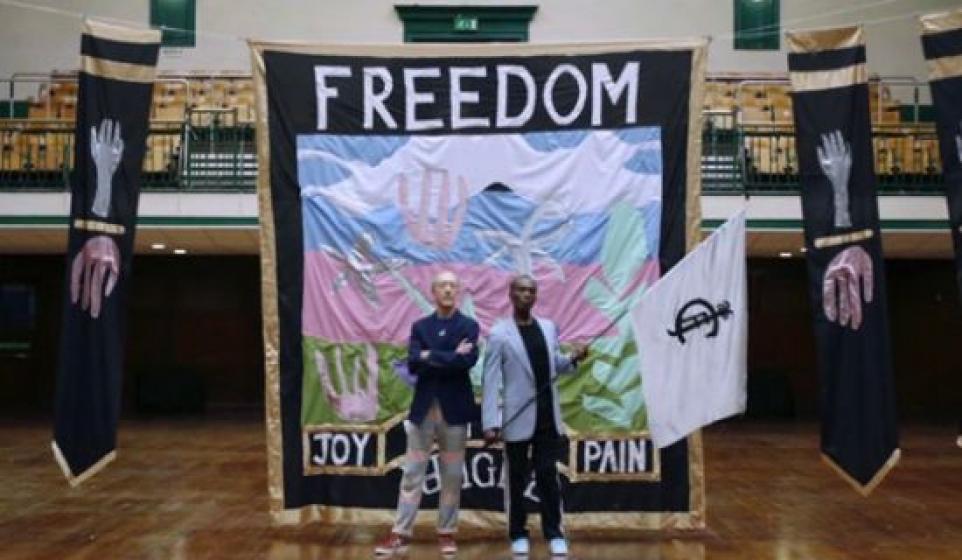 Mysterious London soul duo, Jungle, is back again with another best music video for their song, "Time."

Need I remind you we've been here before with J and T, the only known aliases of the artists who combine their powers to become Jungle. A quick look through Bitcandy archives will show you our love affair with everything this modern soul pair has put out. Hell, you may not even have to read music blogs to have come across the awesomeness that is the "Platoon" video. What I'm getting at is that these guys make great music and music videos. "Time" is no exception to this rule.

The video starts with the shot of an older white gentleman sitting in a chair, looking like he's coming from or going to a Notre Dame Football tailgate. But before you know what's going on, he starts breaking off some of the illest dance moves you've seen on either side of the pond. Or so you thought, because there's someone else who gets a chance to strut their stuff here and…

Well I don't want to ruin the whole thing for you. Watch the video below and be sure to support Jungle, because the last thing any of us should want is for them to stop making music or music videos.

As I watched this video I couldn't help but think of Christopher Walken's classic moves in the Spike Jonze directed video for "Weapon of Choice" by Fat Boy Slim. I feel like "Time" is an allusion to "Weapon of Choice," or perhaps I just wanted an excuse to watch the video again. You decide!

Jungle's self-titled debut album rolls out next week via XL Records. It's steaming now over at iTunes and as someone who got through at least 3.5 listens yesterday, I can safely say that the record is really, really f**king good.

Thanks for stopping by Bitcandy, where we let it go time and time again.