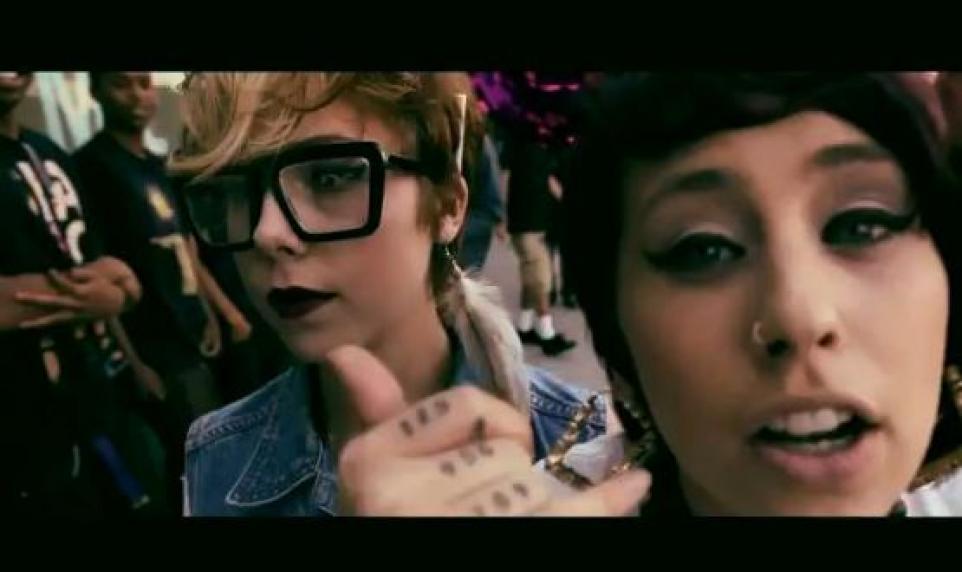 Despite its annoyingly inept, super elementary lyrics ala, "Now Google that groupies follow me like Twitter/I'm rolling up my catnip and shitting in your litter," or, "So posh, nails fierce with the gold gloss/Which means nobody getting over me/I got the swag and it's pumping out my ovaries," "Gucci Gucci," the latest to drop from Oakland's Kreayshawn, has already succeeded in generating over two million views in the space of two weeks on YouTube.

Why? Prolly because, in spite of its juvenile, irritating complexion - that repeating, ridiculous hook of "One big room, full of bad bitches," is simply impossible to erase from the psyche after one singular listen. God damn.

So, you can probably imagine my terror when I discovered that exact same hook is what reverberates around Kreayshawn's previously released track, "Bumpin Bumpin." And it was here I began to think, okay, come on, is this little brat really deserving of all this hype?

Born in San Francisco to Elka Zolot -- former member of garage punk band, The Trashwomen -- Kreayshawn, aka Natassia Zolot, is a 20 year old graduate of The Berkeley Digital Film Institute. Between directing videos for established East Bay rapper Lil B, Zolot has been working on building a music career of her own.

She has friends in the right places; Jasper and Left Brain of hip hop troupe of the moment, Odd Future, both appear in the "Gucci Gucci" video, and the "occasional lesbian" additionally performs as part of the White Girl Mob, consisting of herself, V-Nasty, and, er,  DJ Lil' Debbie.

Signed to Columbia Records in Los Angeles apparently for north of a million dollars just in the last few weeks, Kreayshawn describes herself as a "Cinematographer / Editor / Rap beast / Screw head / Pot smoker / Oakland representer / Pixel Fantasy / Bitch snatcher." This succinct, bad attitude autobiography immediately demonstrates that Zolot is keen to get on everyone's nerves, including mine, and in doing so -- well we are only falling under her frustratingly working spell.