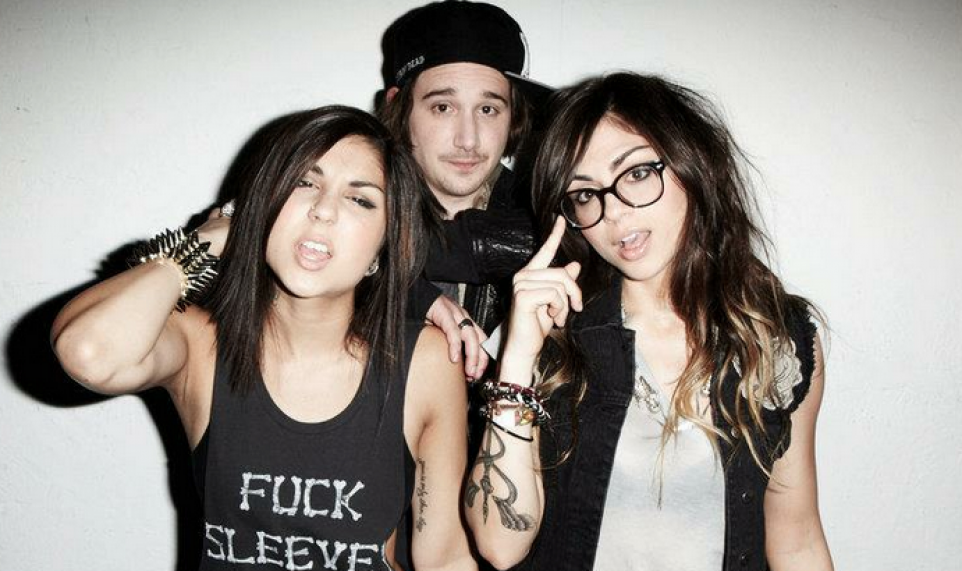 Why Krewella Is Going to Win in EDM

EDC Las Vegas 2012 is a bust.   That's right.  Because of high winds and what not most of the Electric Daisy Carnival was shut down.  Was this a sign from the Gods?   Did the Lord or Zeus have "fucking enough" with the bro fist pumping and ho's in space boots.  Something tells me it might be the case.

Look, I've been in EDM (eww lame term) ... let's call it electro and house for like over a decade.  And today I'm mostly hearing just bleeps and blurbs and a lot of "electro vapors."  Meaning...there's a lot of people I think coming on deck today that are merely just good at twisting nobs ... but how many people are making songs?  That's right S-O-N-G-S....without that...you're just the "flavor of the weak" (yes, I mispelled that).

Doubt me?  What's the last 2 year old Diplo, Porter Robinson or god forbid Steve Aoki track that you JUST played or put in a playlist.  I rest my case.   You'd sooner listen to that then the latest overhyped indie buzz band from 2010.

We did a piece on them here already (check it here) but they're getting close to getting signed...and one reason why we think Krewella is going to win (with or without Charlie Sheen....winning!)...and they are going to win because they can actually write songs).  Doubt me?

Here's an "unplugged" version of one of my favorites "Killin It" compliments of Cry Wolf.  Without the "bleeps" and "blurbs" what do we have here...yup, a real song.

And the original electro slammer:

What do you think?

Could Krewella be the next big crossover yet credible big next name of EDM?

Or are they just totally wack?

Comment below and thanks for checking in to BitCandy's blogs on music.