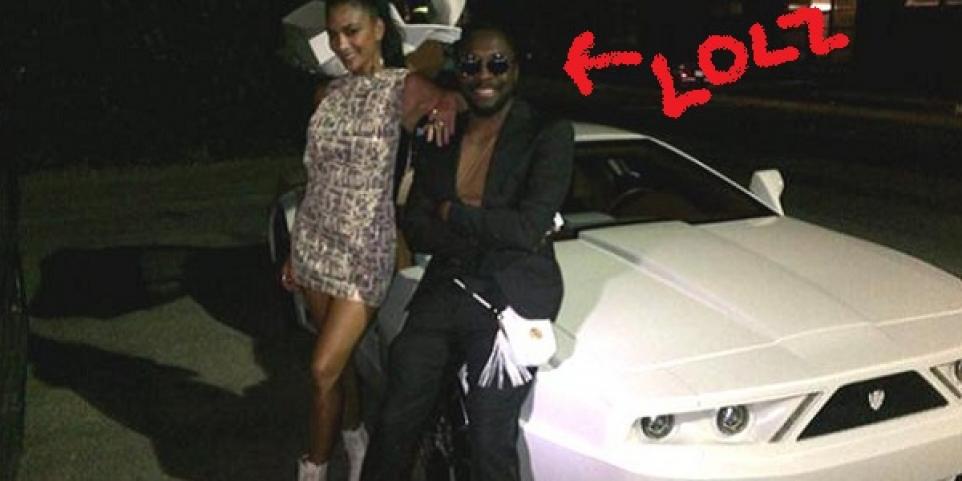 So if you guys didn't already know, someone has stolen Will.i.am's DeLorean. LOLZ!

But only Will.i.am could take a DeLorean and turn it into the DISASTER of a car he came up with!

Lesson time! What's so cool about a DeLorean, everybody?

Its stainless steel body, of course!

Then he puts other body stylings on it, so that it looks like a beefy Pontiac Fiero. Yo, why don't you just buy a Pontiac Fiero and put a stainless steel body on that? Maybe that's his other car...

And did you know Will wants to shift this shit under his new car company, IAMAUTO (REALLY??????). Apparently, his idea is to “get people back to work” by launching the auto business, but if that's really the case, the only people Saint Will will be putting back in the game will be used car salesmen. They are the only ones who would agree to peddle this crap! Lee Iacocca, you are not.

But back to the tank that was stolen last night. We wonder if Will took inspiration from Back to the Future when buying the DeLorean in the first place? Well, Will, while you had it, you should have travelled back in time to erase the history of your solo albums that all BOMBED!

But, seriously, why someone would want to steal such a crappy custom job is beyond us! Ah-ha! Perhaps the hard-drive containing the only existing copy of Black Eyed Peas' new album was in the trunk?! As that would be the greatest gift to mankind if those recordings went missing... FOREVER!

THUMBS UP TO THE THIEF!