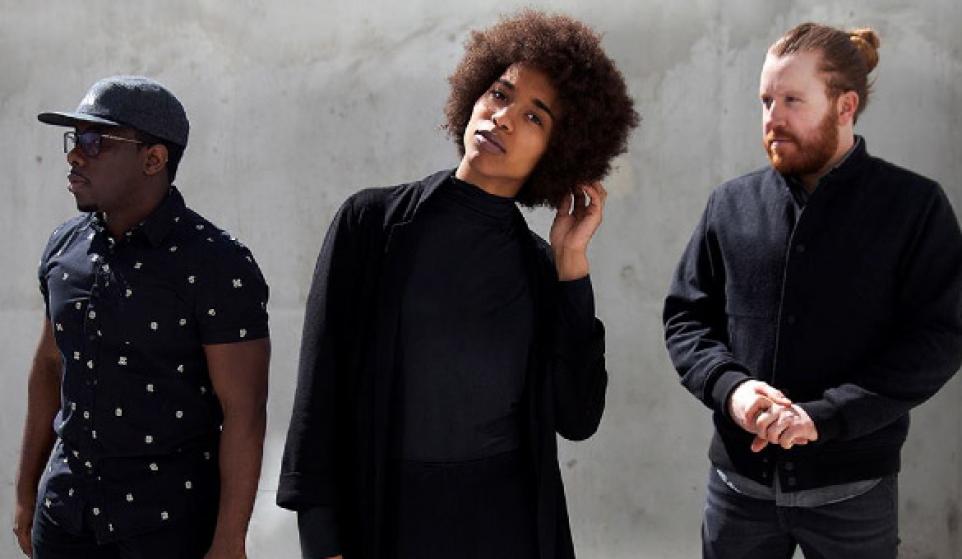 Toronto-based electronic trio Wilde has officially won over everyone here at BitCandy with their hypnotic and dreamlike sound that’s perfect for the changing weather. Giselle Mapp, Olutobi ‘Nyra’ Akinwumi, and Brandon Merenick have been busy working on their debut EP, Flashlight, and it’s packed full of pleasantly hazy vocals from singer Giselle Mapp, while the light and airy production makes their music the perfect addition to all of your chill-out playlists. For fans of artists like Zero 7, Massive Attack, or Air, I think it’s pretty safe to say that Wilde will quickly become one of your favorite new bands.

Their debut single, “Flashlight,” is a charmingly dramatic and atmospheric track that serves as a fantastic introduction to their style. I was instantly hooked once I heard Giselle croon the lines, “I’m down for you/ you are the only thing that I know,” as mystical keys set the eerie yet inviting mood. Ghostly backing electronics set in before the bass-heavy beat hits just after the 1:00 mark that leads into some playfully bubbly elements that I totally love. I was totally swept away at the 3:40 mark when she declares, “you’re the one to take me home/ you’re the one to sing this song,” as the track comes to an echoey and blissful end.

“Aurora” is the perfect song to listen to when you need to calm down because it feels like one big hug for your ears. A static-heavy and slow-grooving beat carries the track throughout its duration, along with ethereal atmospherics and some wonderfully smooth and breathy vocals that are simply beautiful . The mood begins to intensify after the 3:40 mark when orchestral strings swell as the vocals repeat the lines, “falling away/ falling away.” The strings quietly continue to grow for the remainder of the track until everything comes to an unexpected halt at exactly 5:00. “Aurora” is a soothing and impressive track that you’ll find yourself coming back to again and again.

Since I’m sure you’re totally smitten by Wilde’s enchanting sound, show them your love and support by liking them on Facebook! And if you need even more awesome BitCandy-approved new music in your life, head on over here.