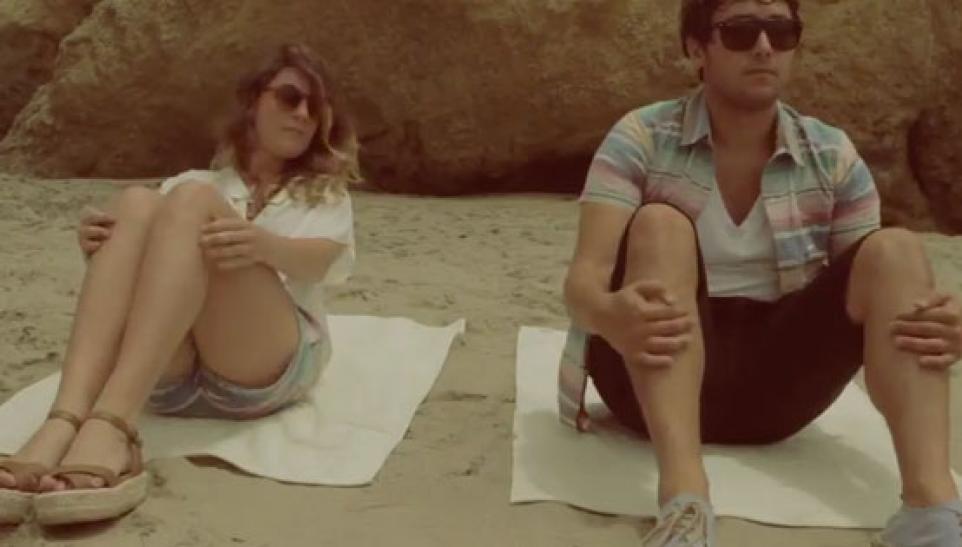 What do you call a band featuring a French Girl and an American Boy? Freedom Fry, obviously.

The LA-based duo is much more than just a gimmicky name though. For starters they're a future Top Indie band. Paris native Marie Seyrat (such a French name!) and American Bruce Driscoll are incredibly talented artists who seem to truly love what they're doing. They often direct and edit their own music videos. Check out "Earthquake" below to see what I mean.

Sonically the band sounds a lot like Tennis, only if Carla Bruni was doing the lead vocals. So in short, they sound awesome.

If you need any further evidence of this, check out their newest single, "Summer in the City."

While I was initially disappointed that this wasn't a Lovin' Spoonful cover, it's a really great track.

The band is more than just a one-trick pony though, as evidenced by the beautifully minimalistic "Rolling Down."

If that video didn't make you immediately nostalgic for your youth, then you're either still in high school or don't have a pulse.

Even when they let someone else direct their videos, the result is still great, as evidenced by "Tallest Dreams."

Thus far the band has two EPs and a couple of singles to their name. Here at Bitcandy, we're excited to see what this multicultural duo do next.