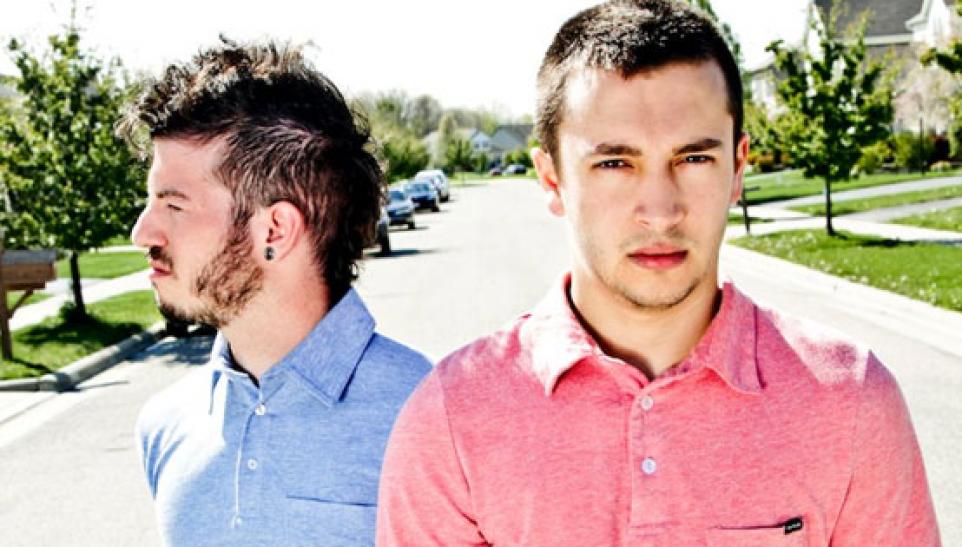 Recently it seems that Fueled by Ramen has had a monopoly on interesting new pop bands (See: fun., Panic!  At the Disco, all those bands Travis McCoy is in), and they're set to continue this trend with their latest signee, Twenty | One | Pilots.

Native Ohioans Tyler Joseph and Josh Dun compromise a band that is simply making some of the best, and certainly the most eclectic, New Music For 2012.

If you listen to the band's single, "Holding on to You", it sounds like someone took the best part of all the other Fueled by Ramen bands and put them in a blender.

The band seems to have some sort of genre-based tourette's, as they seamlessly jump from rock, to rap, to dub step, to whothefuckknows, throughout the same song. The result is a wholly unique, catchy as all fuck pop song that always keeps you on your toes. There's something wonderful about listening to a song and never being quite sure where it's going.

Besides the ability to craft these one of a kind songs, Joseph and Dun are also exceptional writers and lyricists (check out their Facebook page for an articulation of the difference between joy and happiness that is tremendous).

The band has already built up a legion of fans, selling out venus in Ohio, based solely on the strength of their live shows. Having listened to everything by these guys that we could get our hands on, it's not surprising that their joy and enthusiasm spills over into their performances.

Twenty | One | Pilots debut album is supposed to drop by the end of the year, so pencil these guys in for a fun.-esque ride up the charts and into the public's conscious in 2013.

Or maybe we're just hoping that happens. Regardless of what happens, it's going to be fun to watch what Twenty | One | Pilots does next.