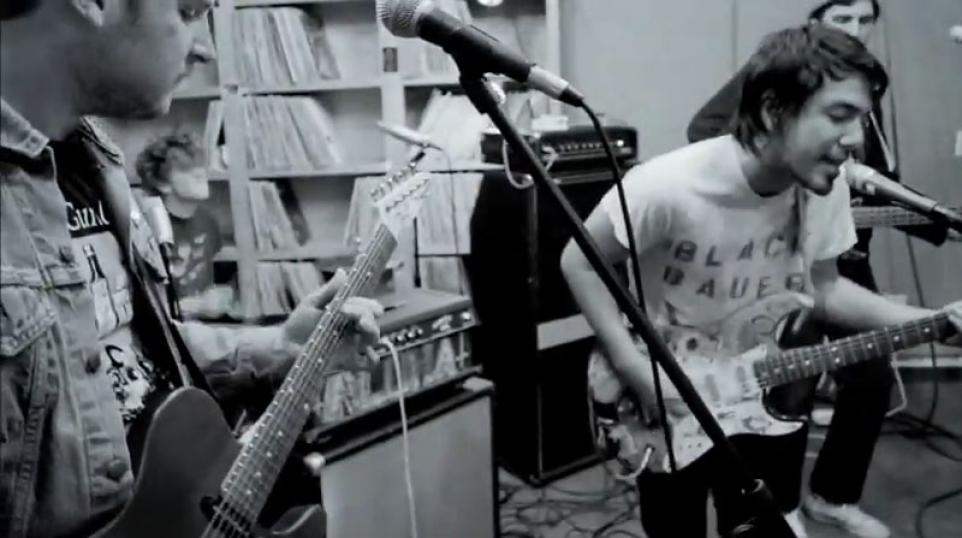 When you clicked on this page you were probably asking yourself: Just who in the fuck is Fidlar? (Or maybe you don't needlessly curse like I do).

The short answer appears to be: a band that sounds like a combination of the Pixies, Waves, and The Stooges. The long answer is the topic of our Latest New Music discussion and has less lazy comparisons, but the conclusion is pretty much exact same.

Fidlar, whose name is an acronym for “Fuck It Dog, Life’s A Risk,” is comprised of four friends who all grew up in the L.A. Punk scene. You learn just about all you need to know about the band from their initial hit, "Wake Bake Skate."

Known for their D.I.Y. shows, rowdy house parties, and penchant for playing unusual venues (the band allegedly had a show in a Pep Boys parking lot), Fidlar's rise to possible buzz band has been anything but typical. The band is a fan of Cheep Beer, â€ªHenry Rollinsâ€¬' Public Service Announcements, and Chinese Weed; and sonically they sound so very crisp and professional that it's starting to diminish the whole 'fuck it' attitude they have going on.

Fidlar's Don't Try EP is out now via MOM + POP. Given the mythical status of their live shows, I would recommend heading over to their bandcamp and checking out their tour dates.

Thanks for stopping by Bitcandy's New Music For 2012, where we would like to try this whole Wake Bake Skate thing.