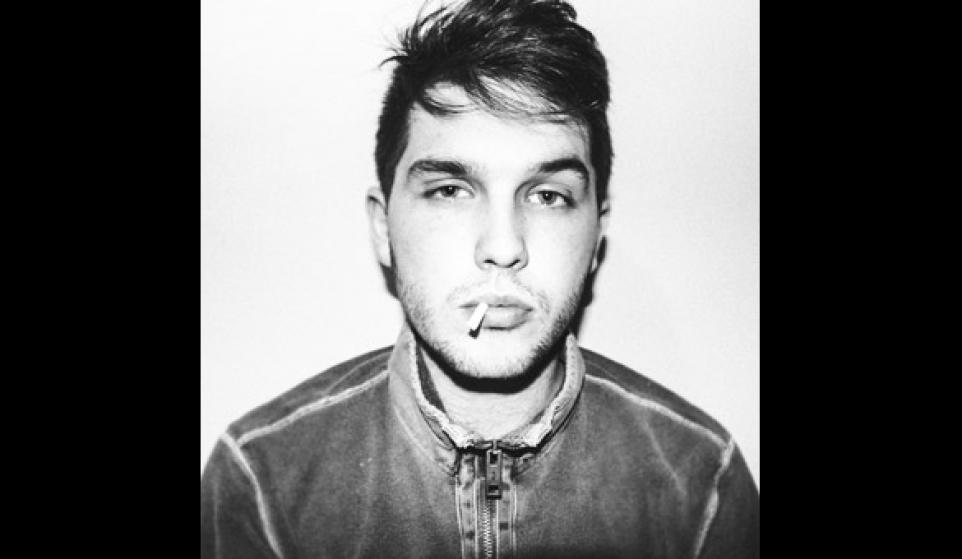 Ever hear a song for the first time and think to yourself, “holy crap…I think I am stumbling onto something BIG?” Well, that was the case when we here at BitCandy first heard Seattle-based new artist David Burns, aka LOW CUT HIGH TOPS. The 23-year old has been busy writing, mixing, producing, and playing everything himself out of his bedroom since dropping out of art school a few years ago, and has since crafted a sound that’s best described as bouncy indie-pop with a grungy garage-rock makeover (he HATES being compared to other artists so we’ll just leave it at that). He’s gained a somewhat "edgy" reputation due to writing about situations that he hasn’t really experienced, and it makes for some seriously fun and memorable lyrics that totally stand out on his debut release— EH, WHATEVER is out now and we highly HIGHLY suggest you read on to discover what is sure to be one of your favorite albums of 2016!

“Red Lipstick” was the first Low Cut High Tops song I ever heard, and I think it serves as the perfect introduction to his unique style— “Alright okay/ alright alright okay” he teases as a lonesome guitar chugs along and throws you into the track’s insanely catchy chorus that will seriously be stuck in your head forever. It is impossible to forget this song once you become hypnotized by the fuzzy melody and memorable lyrics that you can’t help but sing along with.

“Good Day” starts off on a totally dreamy note with shimmering guitars and hazy vocals that quickly pick up once chaos hits about 0:40 seconds in. Glockenspiel and keys add a major magical touch to the track which makes lines like “I wish I could take you and run from this place” so fitting. You could easily imagine this song being featured in a commercial, as you can’t help but fall for its infectious feel-good melody and dreamy lyrics.

Maybe it's just me, but I instantly got a “Video Killed The Radio Star” vibe from the intro of his song, “Let’s Run Away.” Bouncing keys glisten as he sings “sun’s on your face and I see you smile,” which makes way for hand claps and fuzzy blissful goodness. The wonderfully uplifting chorus first hits just before the 1:00 mark, as chugging guitars and adorable lyrics keep up the warm mood. It’s definitely one of my favorite tracks off of the album, and I think it will be one of yours too.

“Raise Hell” starts off on a loud and garage-rock inspired note with David’s distorted vocals and appropriately fuzzy guitars. I know he hates being compared to other artists, but I think Jack White would totally approve of this track (sorry David— it’s a total compliment!) Especially the surprise guitar solo towards the end!

There are too many tracks to talk about (and they’re all pretty amazing, just sayin’,) so you’ll just have to experience the rest for yourself! Show David your support buy purchasing Eh, Whatever on iTunes here. See…doesn’t buying music feel good?