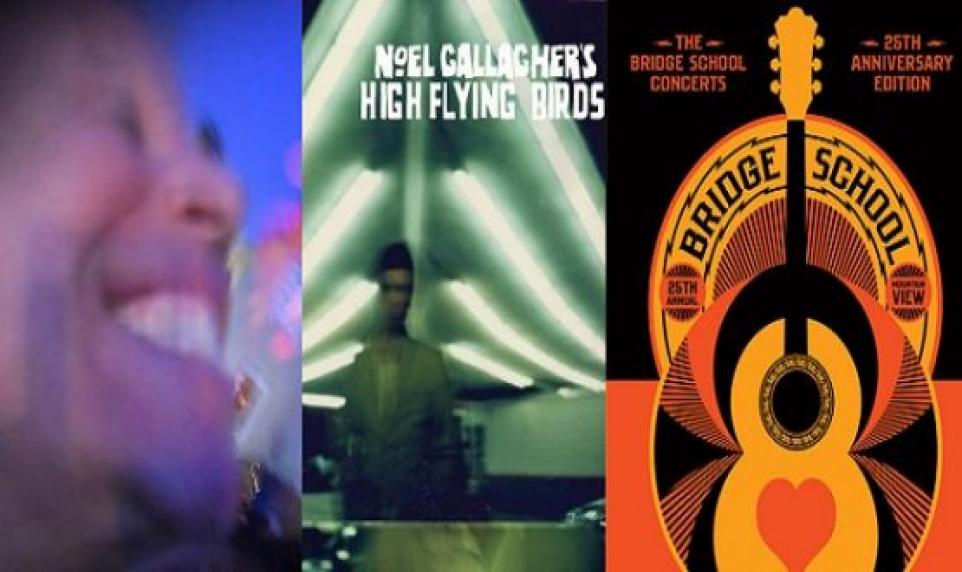 Kick off your week with a dose of rock and roll via the following free Album Previews, currently oozing from the blogosphere directly into your eardrums…

Back in August, Tom Waits invited us all to a goofy 'private listening party,' during which he spun his new LP, 'Bad As Me.' If you was unable to locate the rusty pair of wheels where the party ultimately went down (your loss), you can now listen to the record in full by heading here and 'requesting an invite'.

Noel Gallagher takes on brother Liam's humiliating post-Oasis effort, Beady Eye, with his new solo (but might as well be Oasis) LP, 'High Flying Birds.' Stream it in full over at SoundCloud.

Neil Young celebrates his Bridge School Benefit charity concerts turning 25 this weekend, with the release of the aptly-titled 'The Bridge School Concerts 25th Anniversary Edition.' The two-CD set features a tonne of classic performances from the concert's past 25 years, including acoustic rarities from Bruce Springsteen, Fleet Foxes, R.E.M., Paul McCartney, Band of Horses, Metallica and The Who. Listen over at NPR.