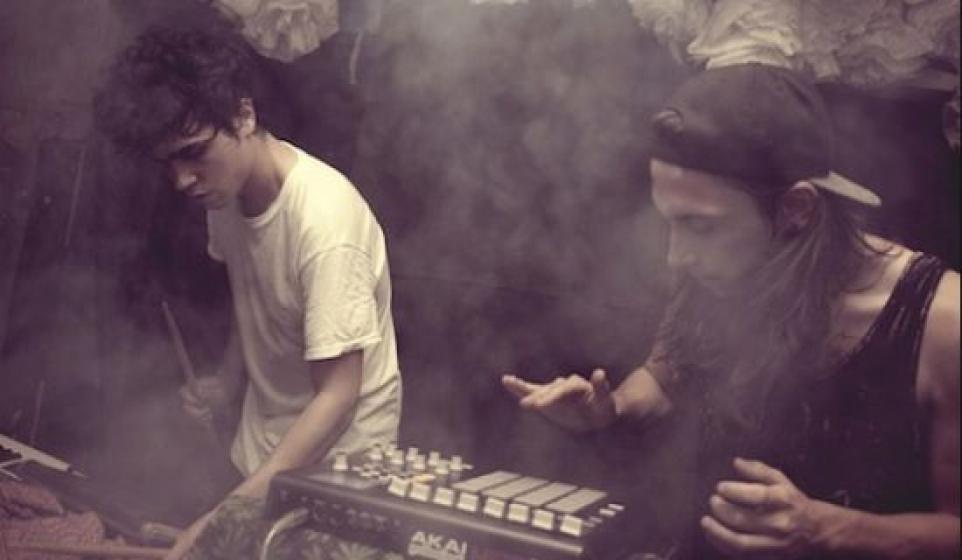 If you've been searching frantically for something, anything, to shake you from the post-Mother's Day Blues, your remedy has been found in the form of Supreme Cuts new cool song, "Envision (Feat. Channy from Polica)." It's good for what ails you.

"Envisions" is a hard-driving electro R&B banger off the Chicago duo's new album, Divine Ecstasy. The song effortlessly blends elements of house, electronica, indie, R&B, Hip Hop percussions, and probably about a dozen others I'm missing to go along with its pop core. Channy from Polica lends her lovely voice to the proceedings, but more often than not it's drowned out by the drums and various dance bleeps and blips. This song feels like a favor dream, and that just might be the point, as one half of Supreme Cuts, Mike Perry explains about the band's new record:

"The album operates on three levels: The mundane (taxes and parking tickets), earthly pleasures (sex and drugs), and the higher (god and the universe). The music and lyrics are meant to operate on whichever of those levels you feel comfortable identifying with."

Not sure if this song's about God & The Cosmos or Sex & Drugs. The best song are usually the ones that could conceivably be about either.

Divine Ecstasy is out now. Supreme Cuts will be touring later this summer. Check out the dates below:

Thanks for stopping by Bitcandy, where we've been pulling mofos through glass in ghost towns since before it was cool.