While you were busy calling out of work on Friday to recover from your St. Patrick’s Day shenanigans, we were braving the crowds in Austin, TX bright and early to journey further into SXSW 2016. In between the sets we munched on plenty of Hot Cheetos and managed to even check out the Gaming Expo Hall at the Convention Center, but we kept our focus on all of the amazing new artists that we have for you today. Read on to kick start your weekend with the best artists from Friday! 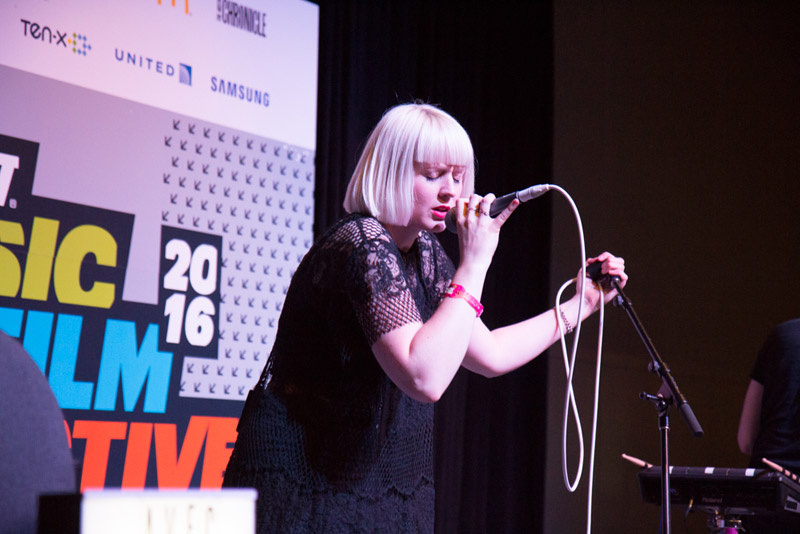 We started off our day at the International Day Stage at the Austin Convention Center where we watched a set from London-based duo AVEC SANS. We were totally loving their dreamy synth-filled electronic sound, while singer Alice Fox owned the stage with her melodic and breathy vocals. They ended their set with a killer cover of Kate Bush’s “Running Up That Hill” that we totally loved. 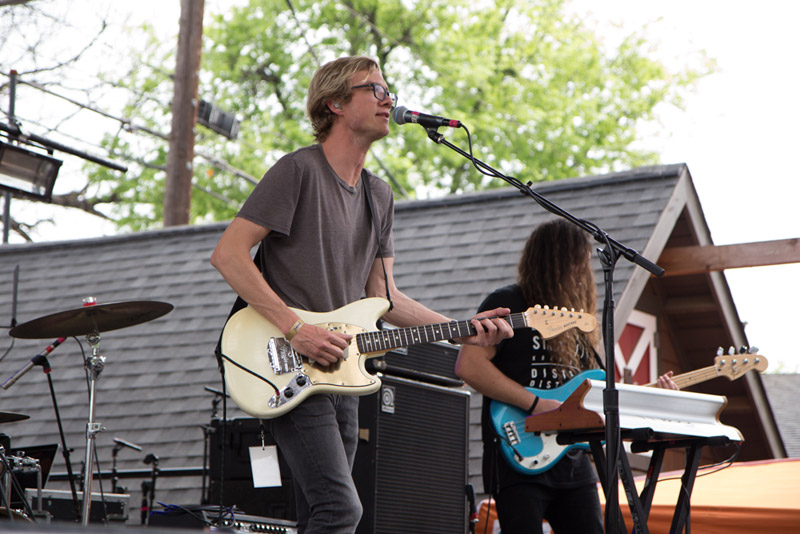 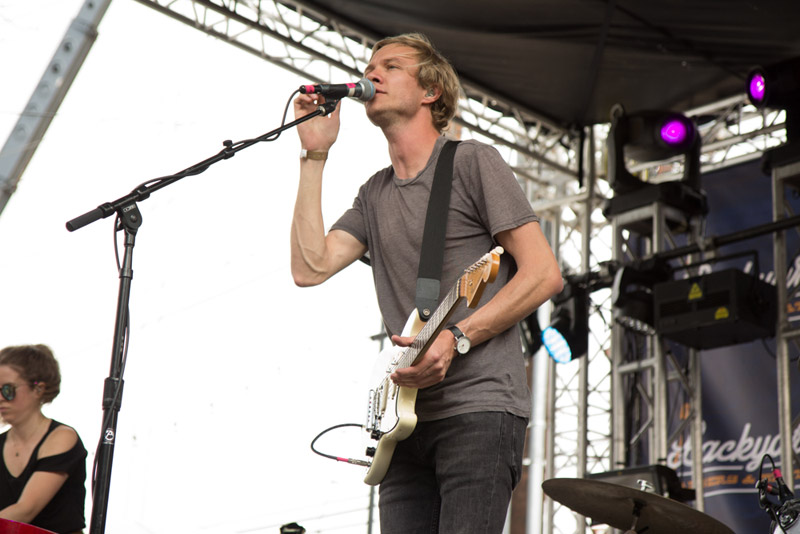 We then made our way through the crowds to the Stub Hub Day Party at Bangers where we cached a great set from So Cal’s own THE YOUNG WILD. The trio is made up of film majors and chemistry majors, which turns out to be a great mix as their single “Not A One” is gaining them plenty of praise. Soulful vocals, epic synths, and plenty of claps make for a track that’s great to experience live. 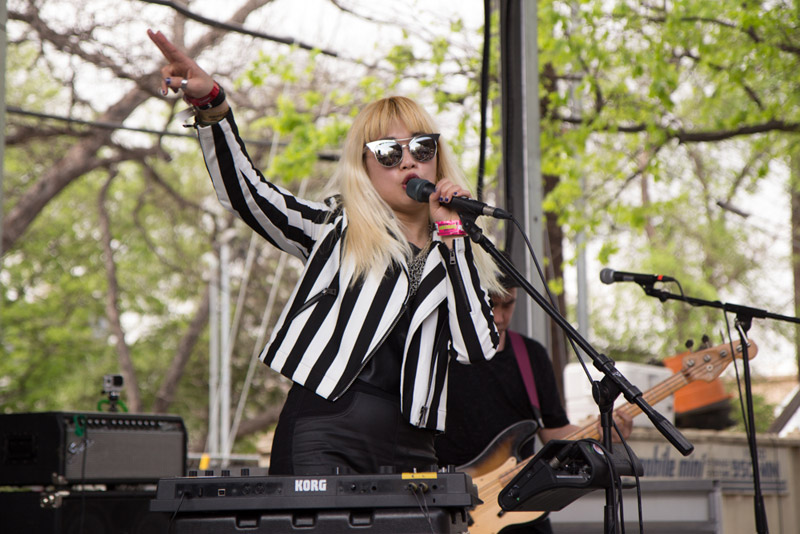 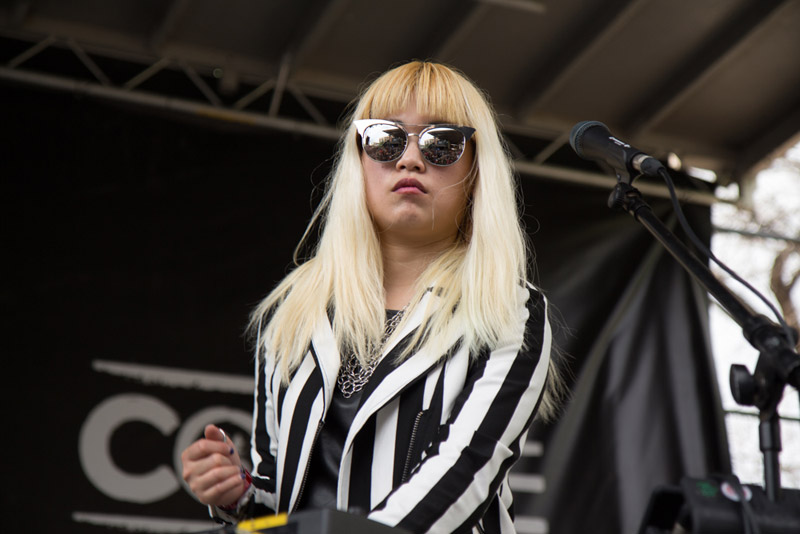 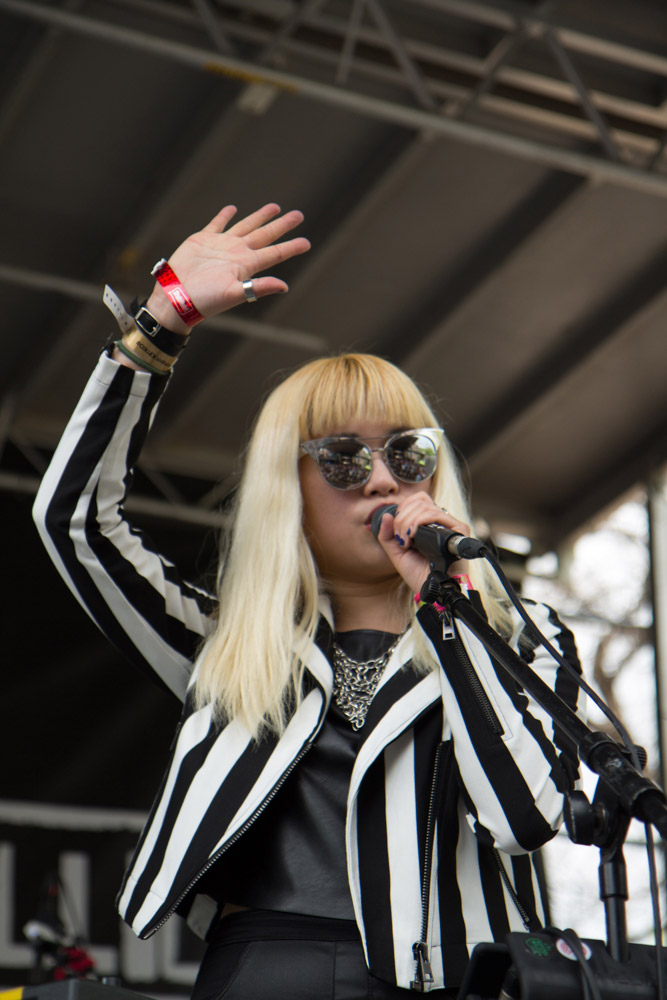 Seoul, South Korea’s LOVE X STEREO was a great surprise at the Collide Day Party at Container Bar, where they blew us away with their infectious electronic rock sound. Their sound is packed with spaced out synths, shimmering guitars, and dreamy female vocals. 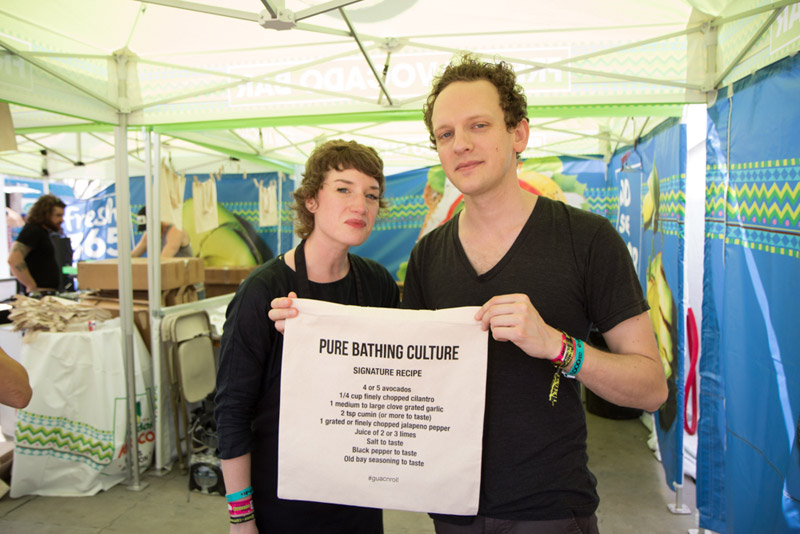 When you’re surrounded by so many awesome artists and events, it can be hard to find the time to eat. Luckily, there was the SouthBites Trailer Park where we got to not only eat some tasty treats from a number of food trucks, but check out the awesome sounds of PURE BATHING CULTURE as well! The Portland-based duo is made up of members Sarah Versprille and Daniel Hindman (both were part of Vetiver), and their sun-drenched indie rock sound was just what we needed. 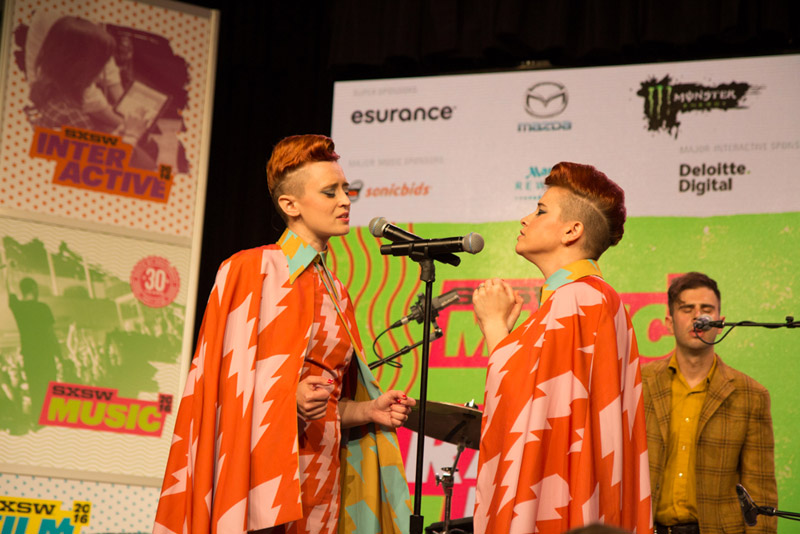 Brooklyn's LUCIUS was the reason we journeyed back over to the Convention Center, where we caught their synth-filled set at the Radio Day Stage. Their awesomely New Wave-style has them destined for big things in the very near future, and we think their new album, Good Grief, will be a turning point for their career. 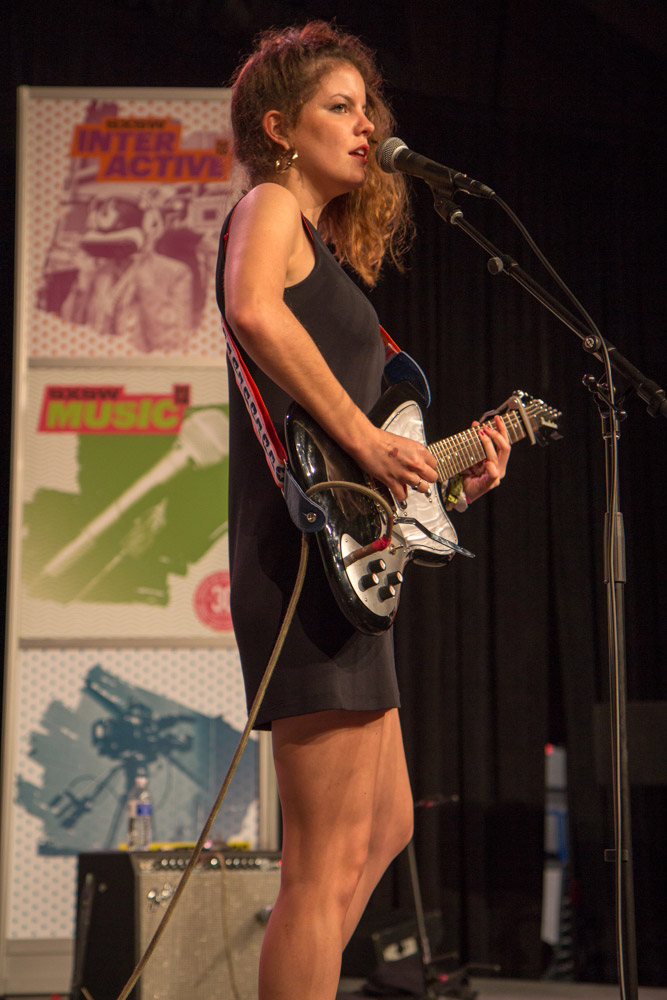 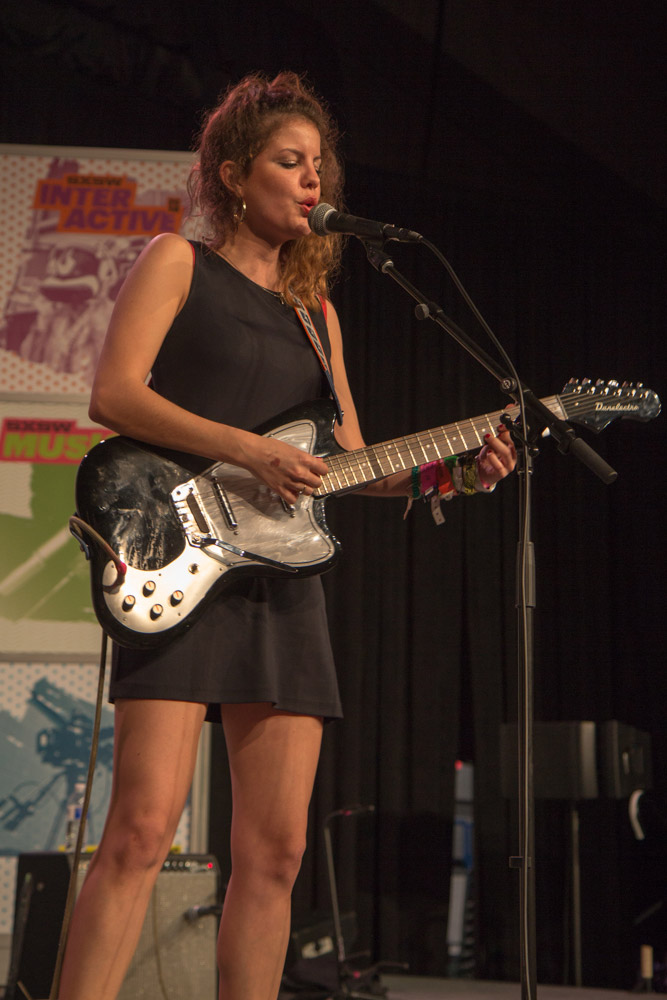 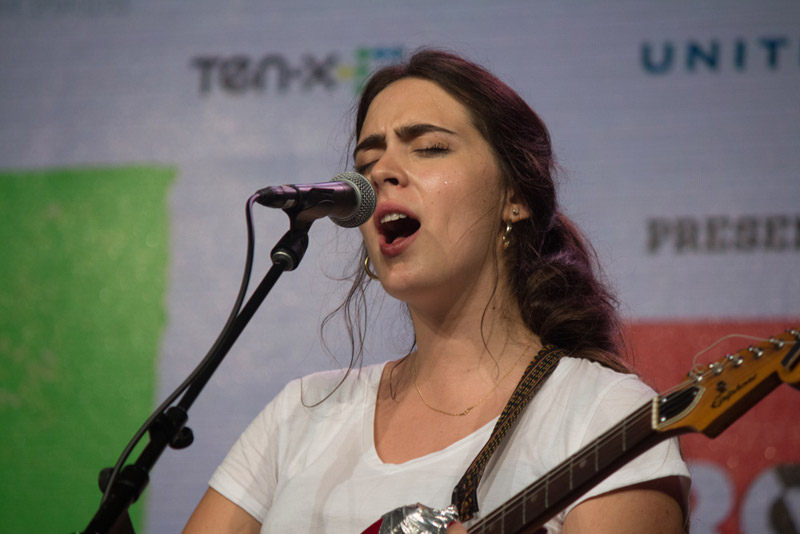 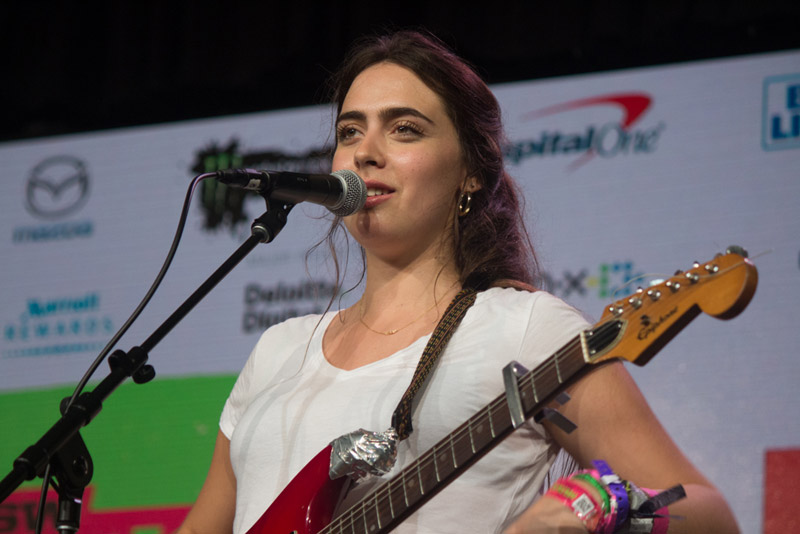 We stuck around the Radio Day stage to check out the buzzed about Spanish indie rock band HINDS. The all female four-piece won us over with their jangly guitars, melodic vocals, and catchy hooks that were totally infectious. 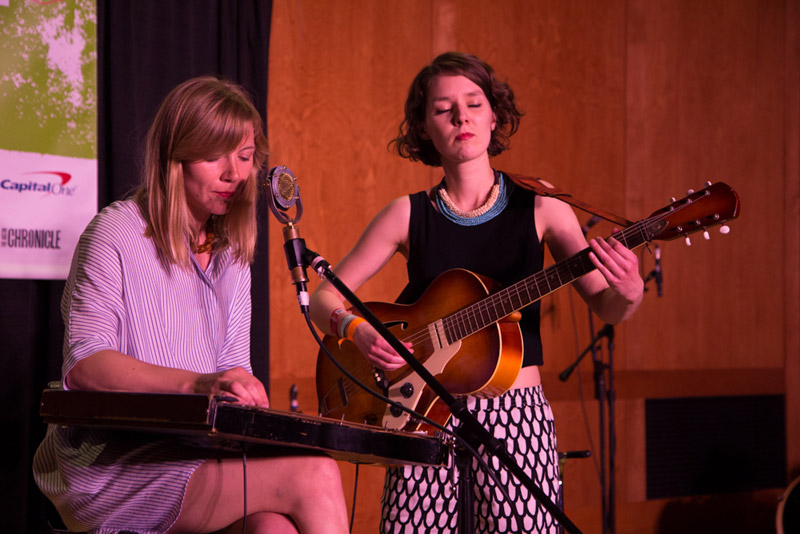 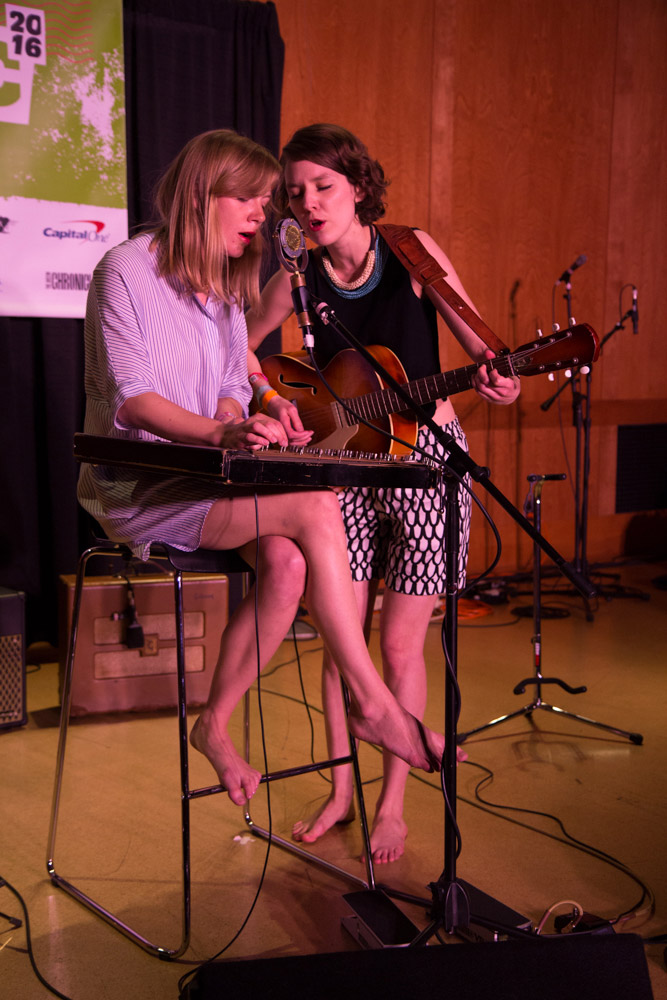 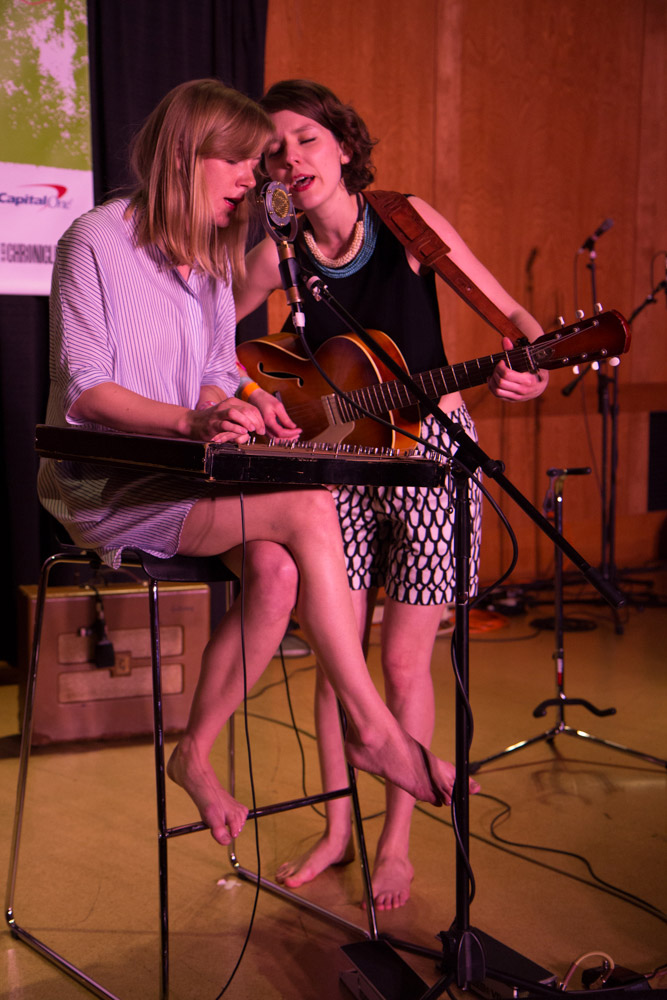 After making our way over to St. David’s Bethell Hall, we caught what would be Chris’ favorite set of not only the day, but of our entire SXSW 2016 experience so far. Scandinavian folk-pop duo MY BUBBA was the highlight of the day with their playful and minimalist instrumentation and vocal-driven sound. They started out their set with “Dogs Laying Around Playing,” which is a laid back stomp-filled track that we highly recommend. 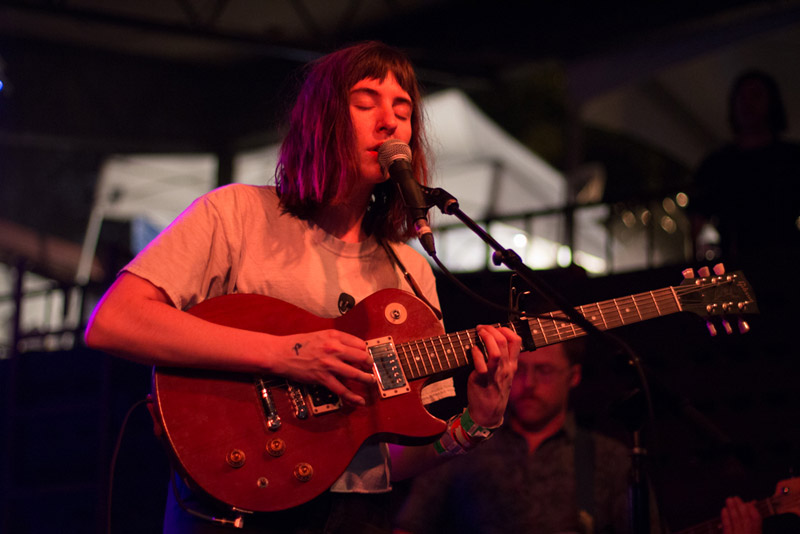 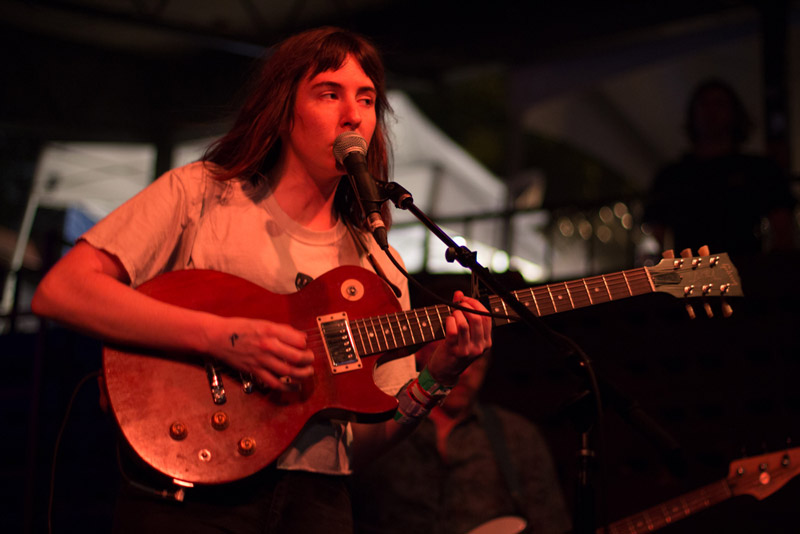 Athens, GA-based foursome MOTHERS was the reason why we journeyed over to the Mohawk where we caught their set at the Middle West Showcase. Singer Kristine Leschper held our attention with her distinct vocal style, while fuzzy shiny guitars and melancholy melodies kept us captivated. 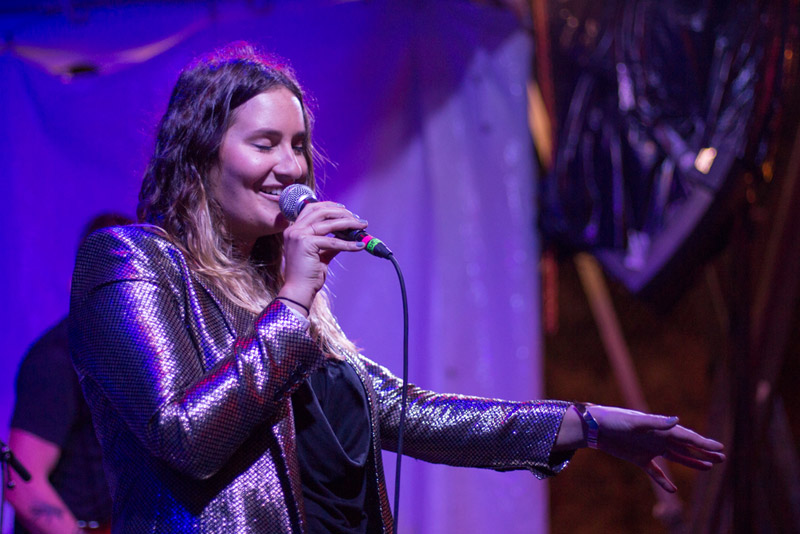 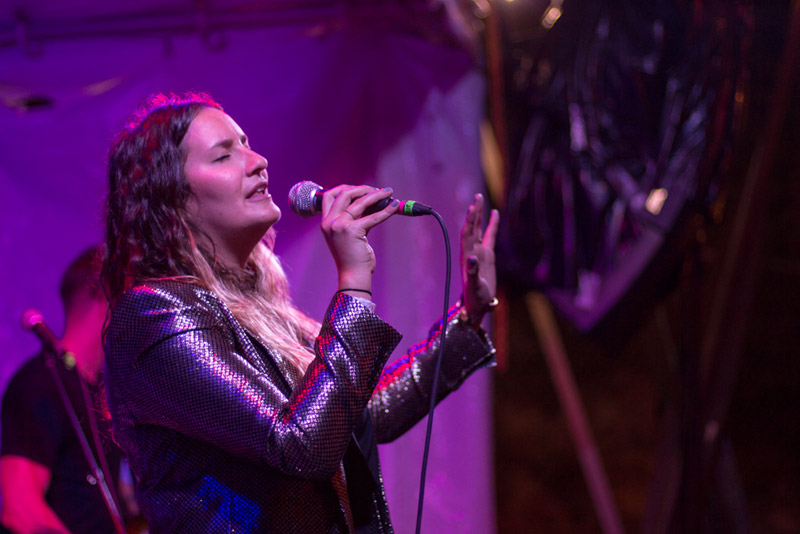 ReverbNation CONNECT & Shout It Out Loud Music Showcase (whew— that’s a mouthful!) brought us to Cheer Up Charlie’s where we checked out Los Angeles’ own MONOGEM. Singer-songwriter Jen Hirsh’s smokey vocals glided over producer Scott Smith’s dreamy drum machine beats while easy-going electronics and infectious melodies made for a super enjoyable set. 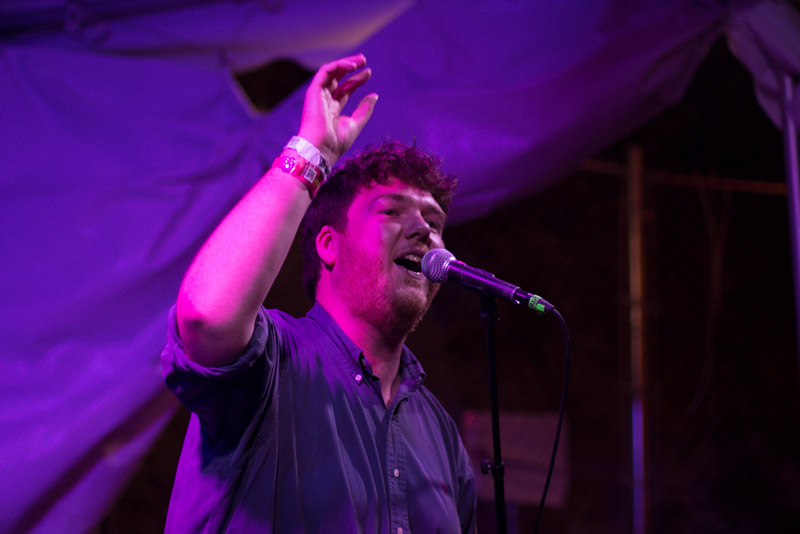 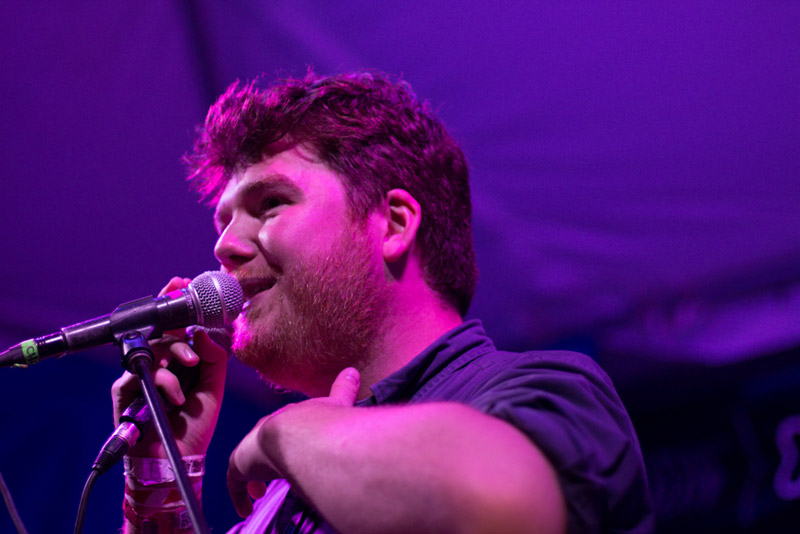 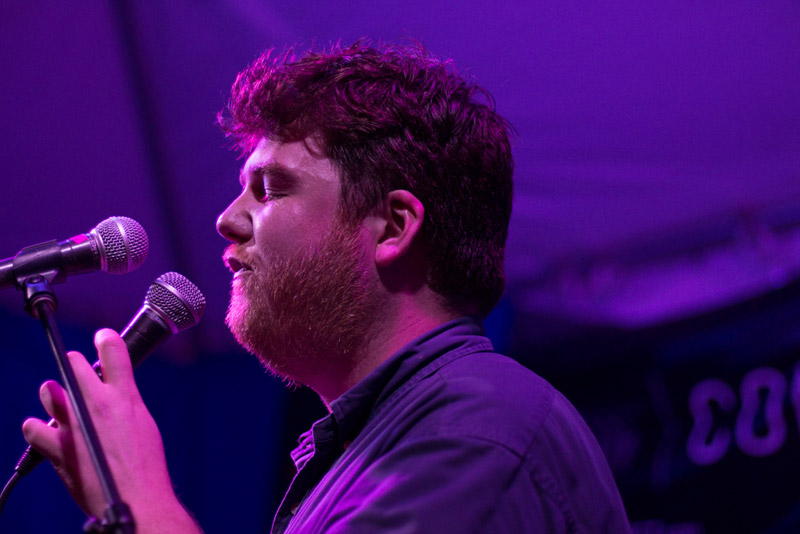 Oxford’s CHAD VALLEY kept us hanging around Cheer Up Charlie’s where he played tracks form his latest album, Entirely New Blue. His sound was a total breath of fresh air with his soothing vocals, hazy and playful electronics full of bleeps and bloops that made you feel like you were flying through outer space. We’re definitely going to be adding him to our next “chill out” playlists. 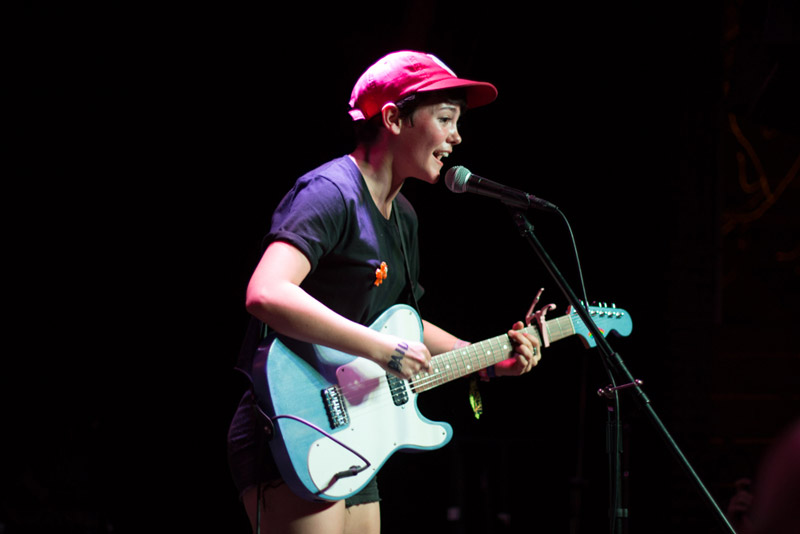 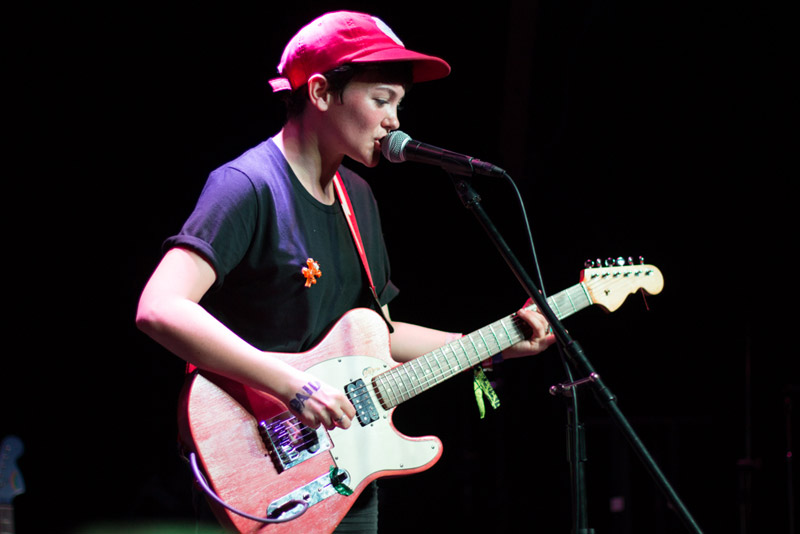 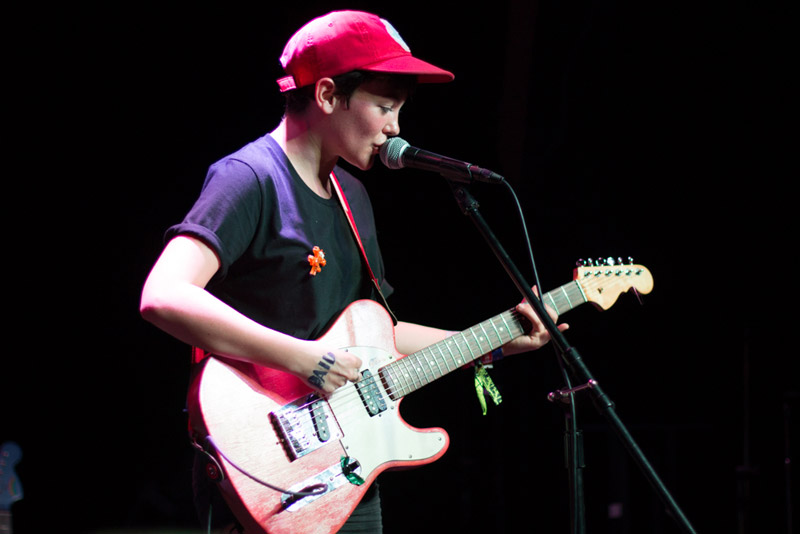 As we found ourselves heading towards the end of the night, we checked out the Flower booking/ Polyvinyl/ Topshelf Records Showcase at the Sidewinder. New Paltz, NY-based duo DIET CIG played some awesomely dazed-out self-described “slop pop” that had us swaying and bouncing the night away. Lo-fi electric guitar, playful drumbeats, and uplifting melodies had us falling for band members Alex Luciano and Noah Bowman, while they proved that a bassist is not always necessary. 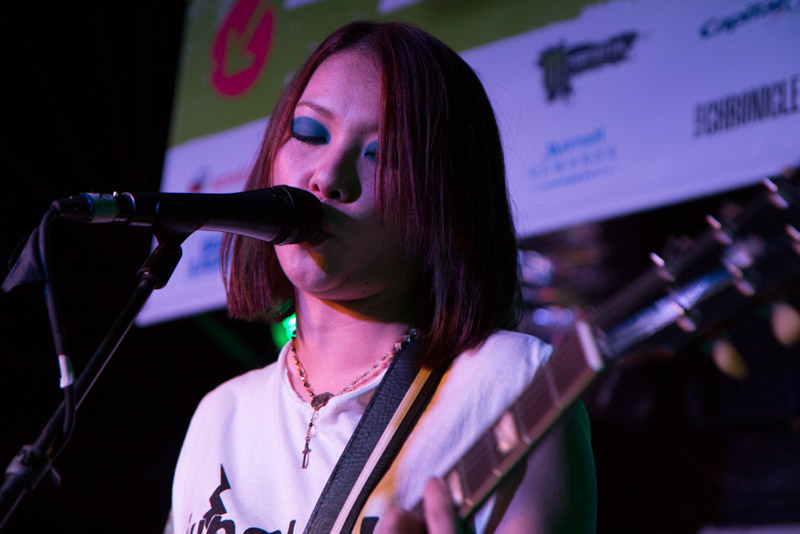 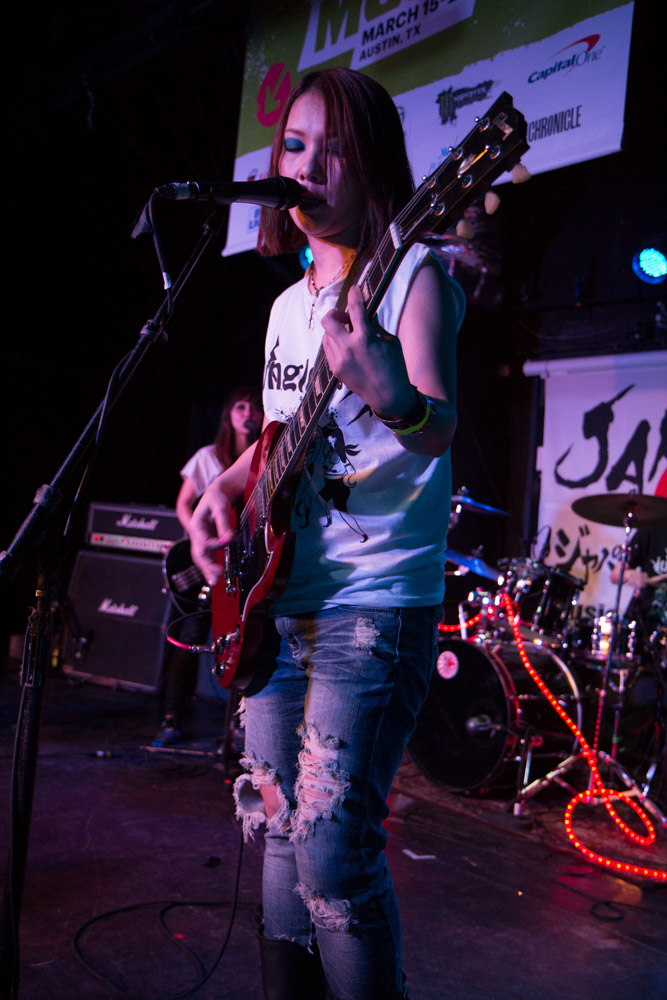 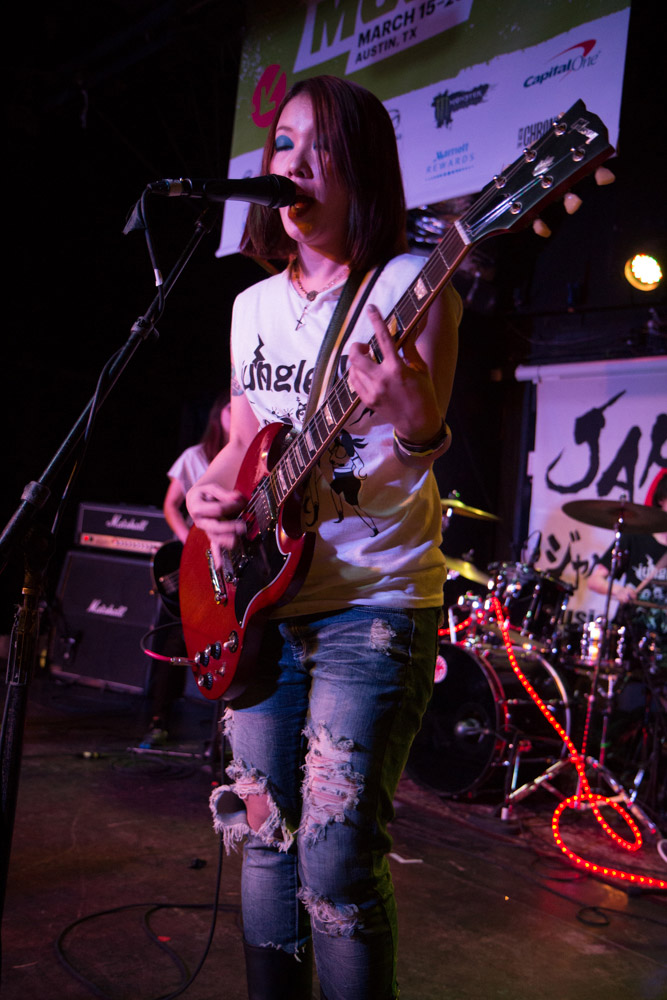 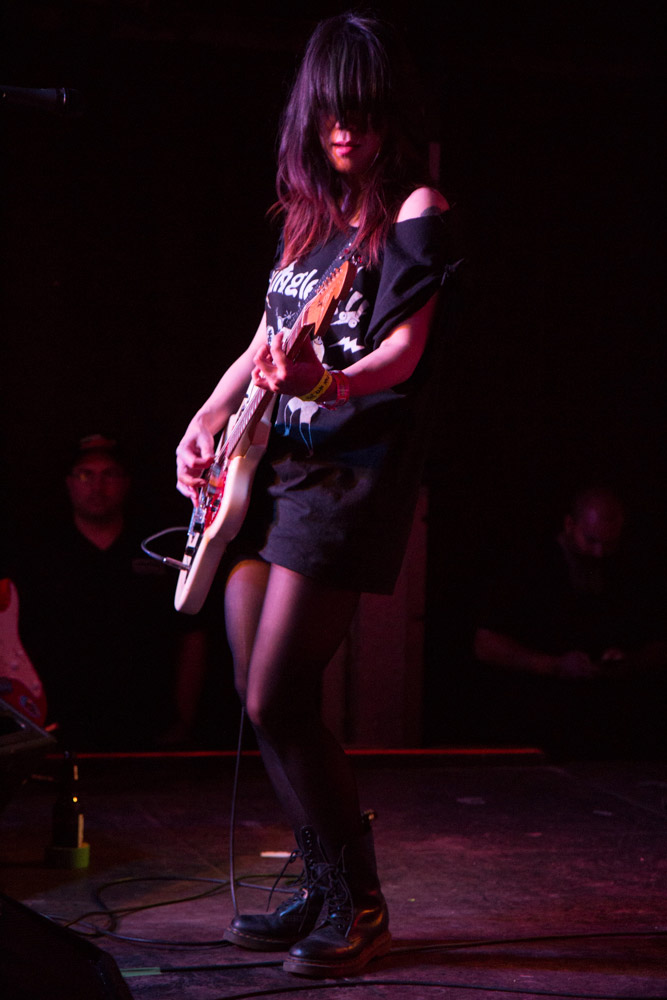 We ended the night with one hell of a bang with Tokyo, Japan’s JUNGLES at the Japan Nite Showcase at Elysium. The punk rock foursome brought the house down with awesomely loud party-starting music that served as the perfect energetic end to the busy day. Check out some videos here on their Facebook page!

Whew!— So there you have it. All of the must-see acts from Friday. Stay tuned for even more South by SouthWest 2016 coverage tomorrow!