Out of all the years we’ve been out here at SXSW and all the bands we’ve seen, it’s easy to think that we’re over the whole thing … but WRONG! SXSW 2018 continues to be at full swing with non stop action and surprises along the way. Nope, things did not slow down for us on Thursday. Pictures below were once again taken by Chris Chan who apart from taking great shots of the action, provides some pretty insightful comments resulting in comedic relief … like when he had no idea what he was about to experience at the Leikeli47 performance. Scroll through and check out Thursday’s events. 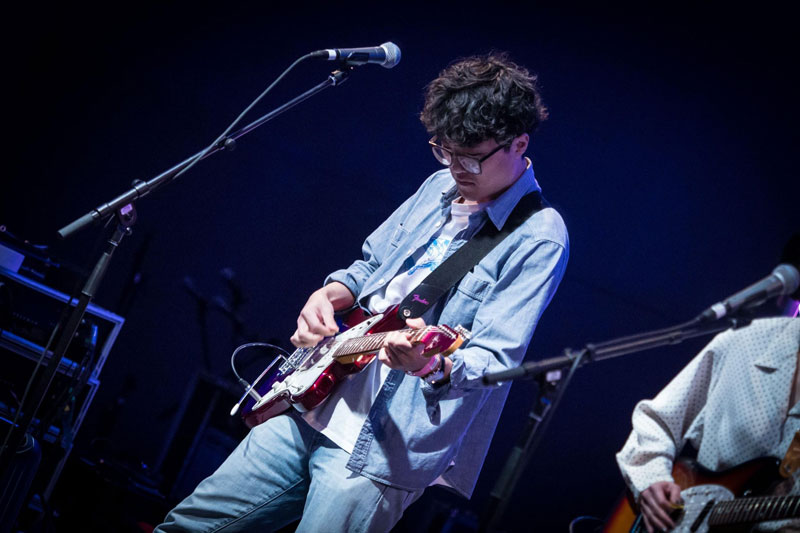 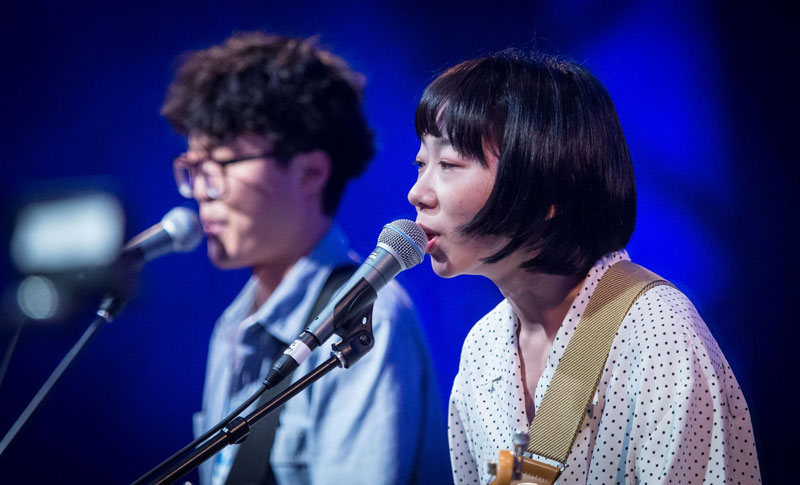 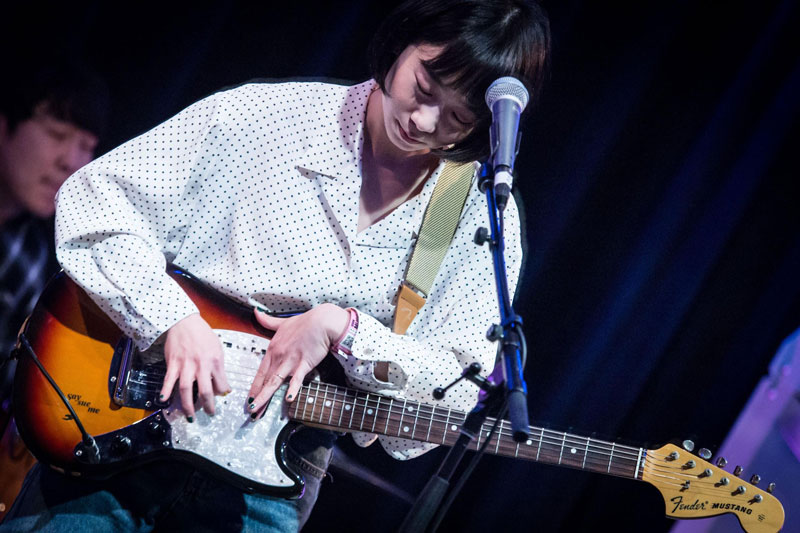 K-Pop has literally knocked the wig off of everyone at SXSW. 2018 has proven to be strongly supportive of the Korean Pop wave and Say Sue Me is riding the fringes with their lo-fi scuzzed out beach rock sound, and on stage they let loose, infecting everyone with their fun attitude. The four piece band is getting ready to release their sophomore album Where We Were Together, this coming April.

MOZES AND THE FIRST BORN 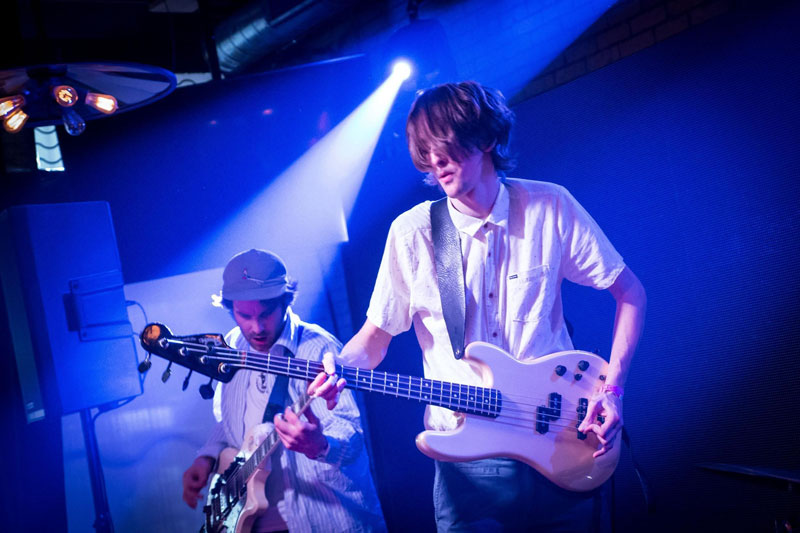 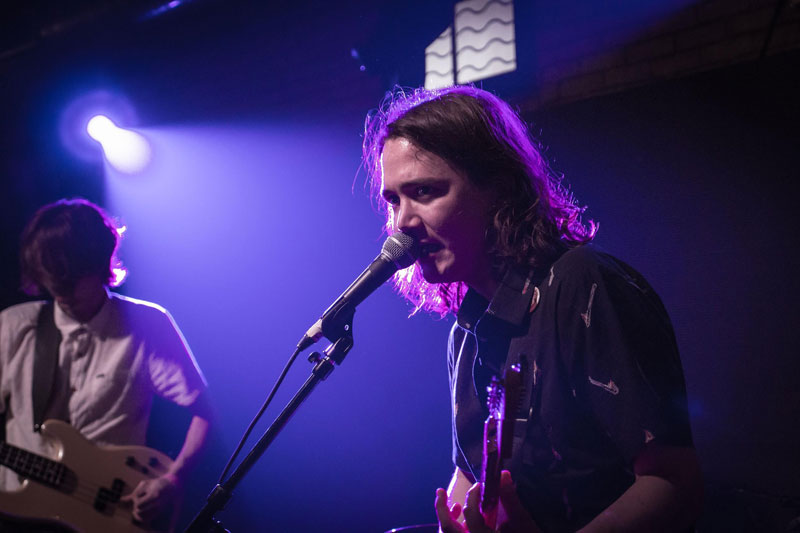 We’re no strangers to the term garage pop, a sound that at first you may think is literally music played out of a garage, grungy with some rough edges but enchanting because of it’s warm nostalgic sound. But for Mozes And The First Born it all started in a basement somewhere in the Netherlands … look at them now. They exploded on their set and did not stop! 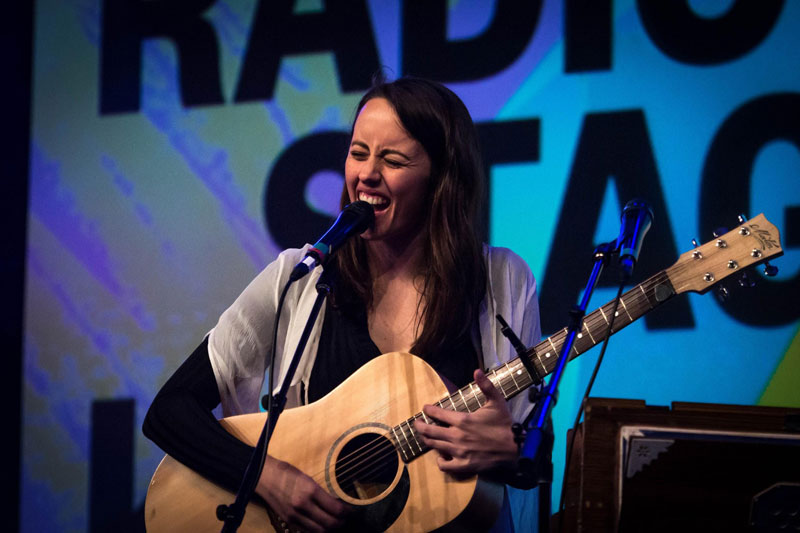 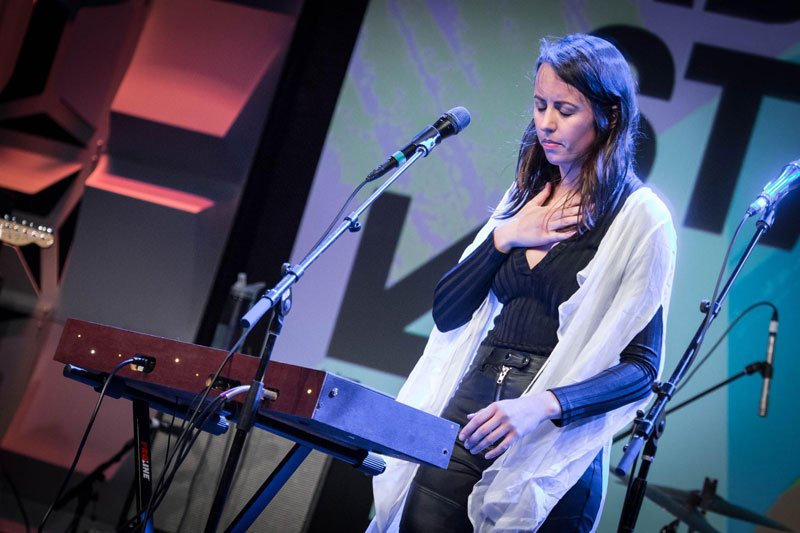 We’ve been all about Australian singer-songwriter Gordi oh I don’t know...since like forever. And she’s honestly a badass! Every time she opens her mouth to sing the clouds break apart and the heavens open. Even Chris agrees, “Gordi Her voice is so unique. It filled the room, drew you in, and demanded you listen. So good.” Definitely worth seeing her perform live if you ever get the chance. 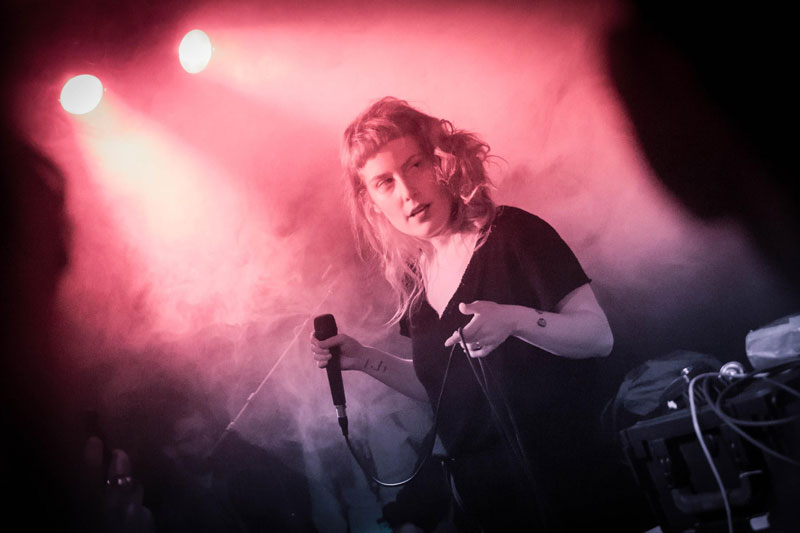 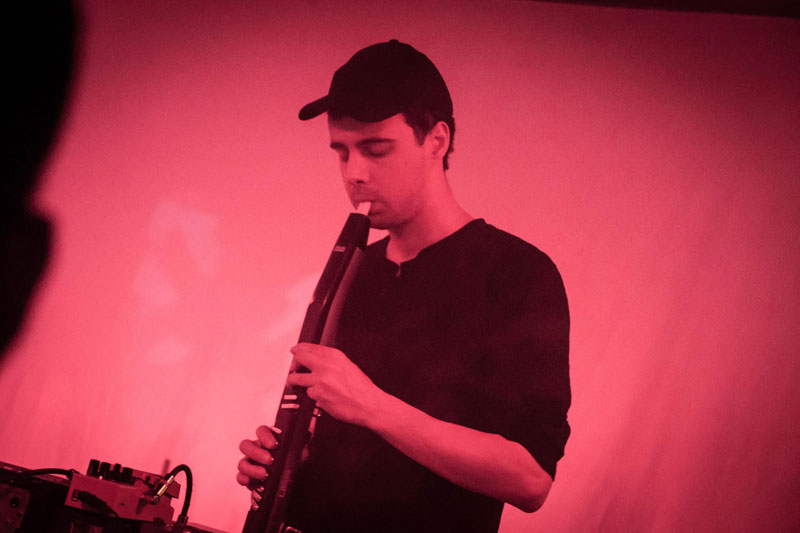 Boy Harsher claims they produce “gritty dance beats infused with ethereal vocals,” and from where we were standing they did not disappoint! They were dark and full of atmosphere. The Massachusetts’ natives have been left hooking people’s faces with their hypnotic sound and are about to drop a full length album sometime this year. 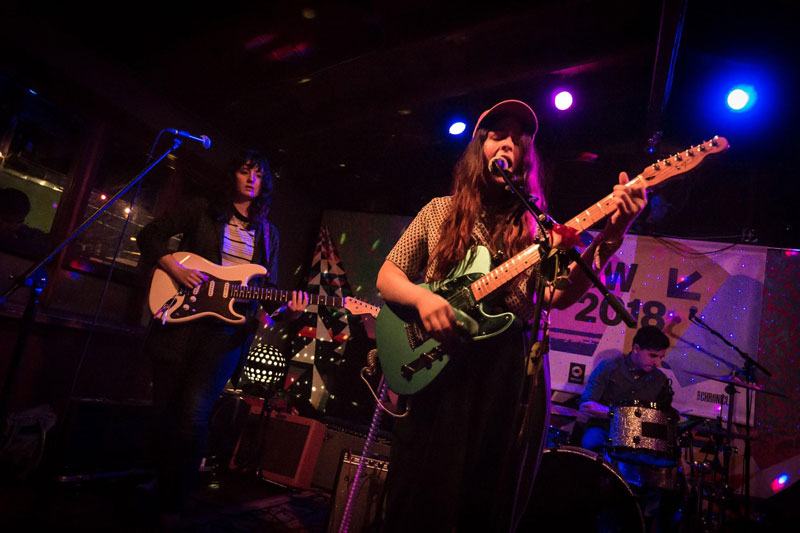 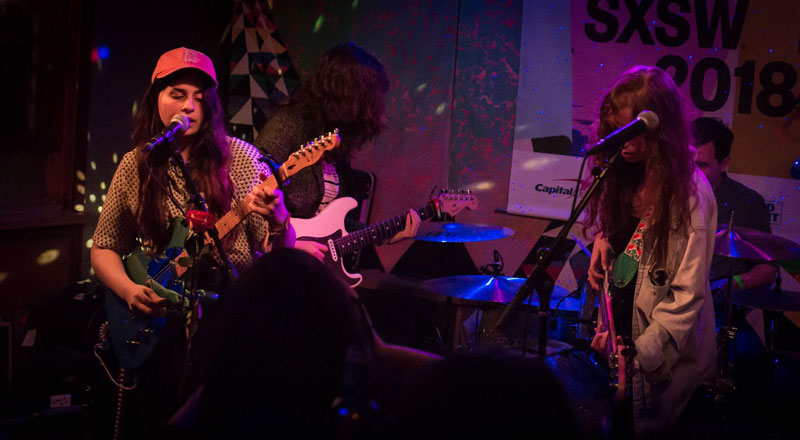 For those who grew up in the 90s, seeing Queen of Jeans Brought back memories of indie mumble - core films. A+ Their set was a perfect way to slow things down for a brief moment. 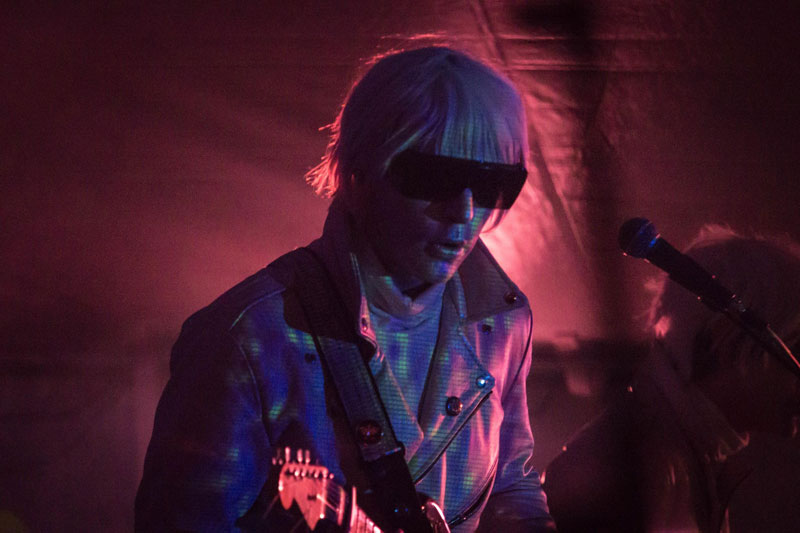 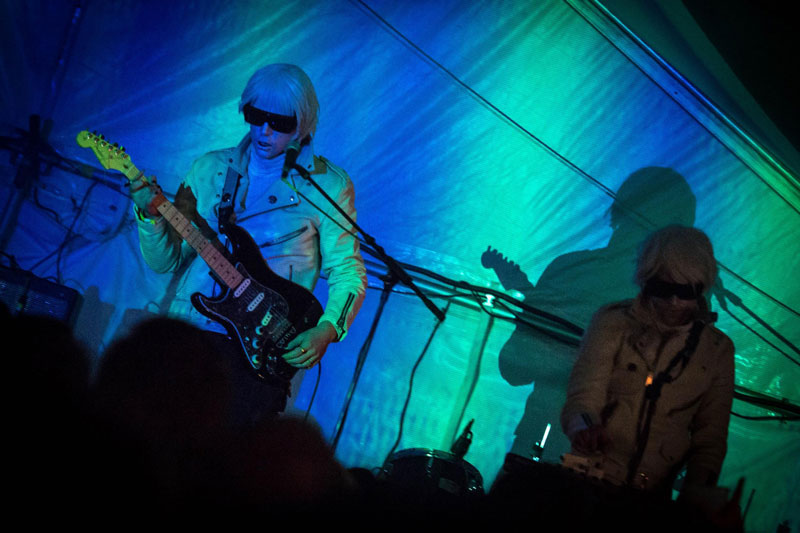 Somewhere along the way we took a wrong turn and ended up here at Drab Majesty’s set, but we’re stoked that we caught the world of the artistic personality of the pop artist who seems to fit somewhere in between Depeche Mode and Andy Warhol. 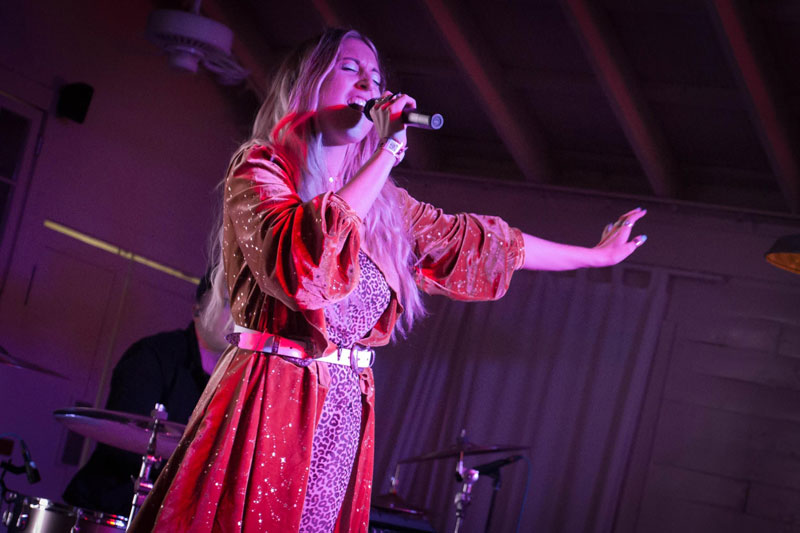 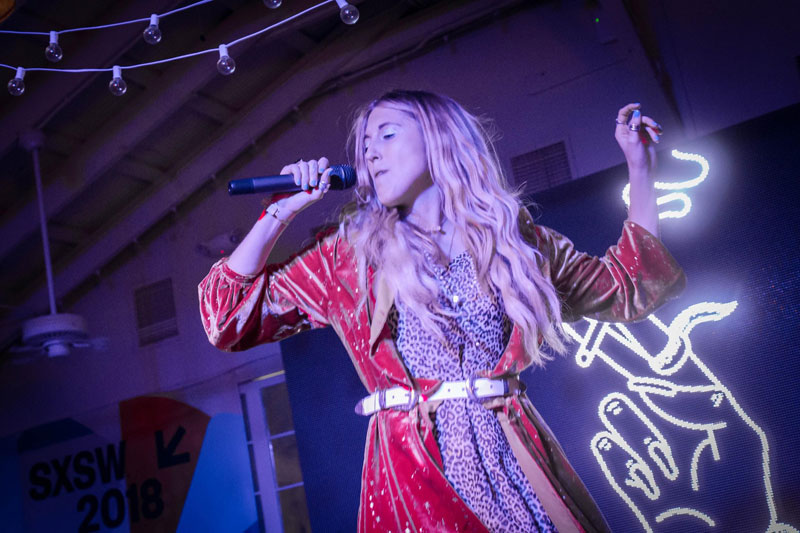 Evalyn is as fierce as they come bending pop and hip hop. Like most millennials, she has a no shits given attitude but the difference is that Evalyn is packed with highly quotable  lyrics. It hasn’t happened yet, but she’s destined to reach the top of the charts and have stardom fame. 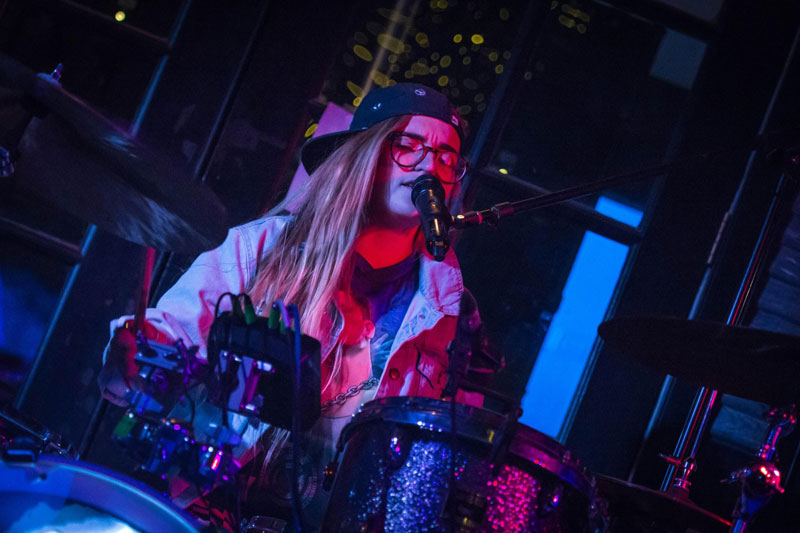 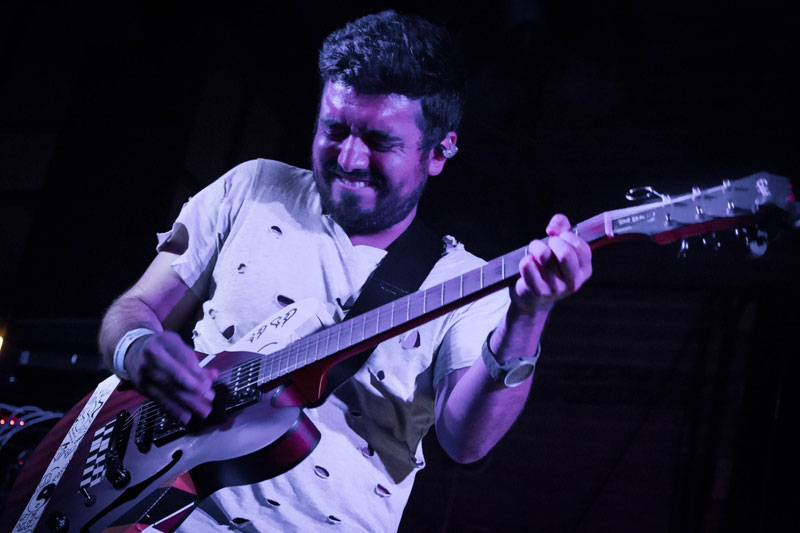 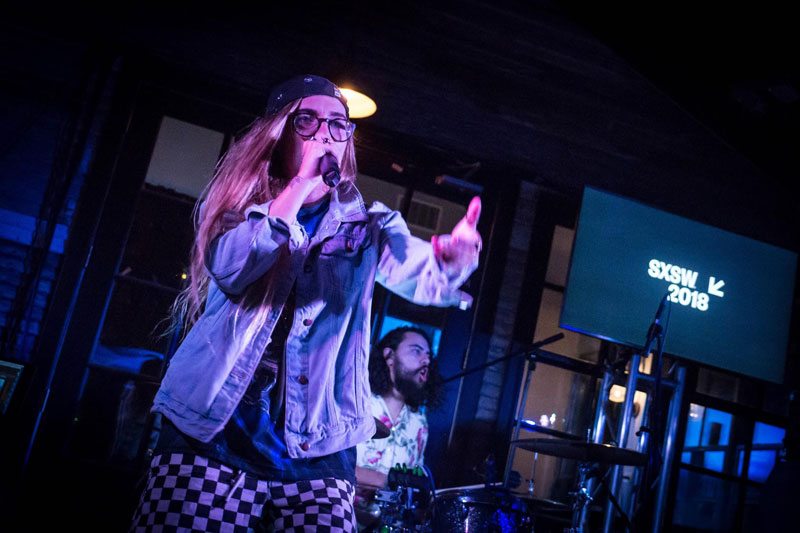 G-Flip is truly her own and for only as of late being known for her track “About You” she holds herself well and is letting the world know. During her set  she talked a bit about how she makes music in her bedroom ( pffftt no sweat right?) … but her performance was solid. Keep this one under close watch because she will soon be heard everywhere!!! 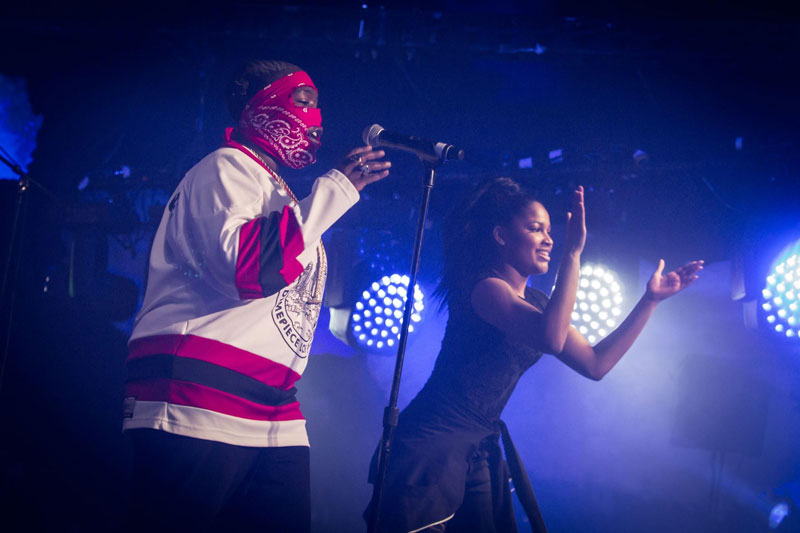 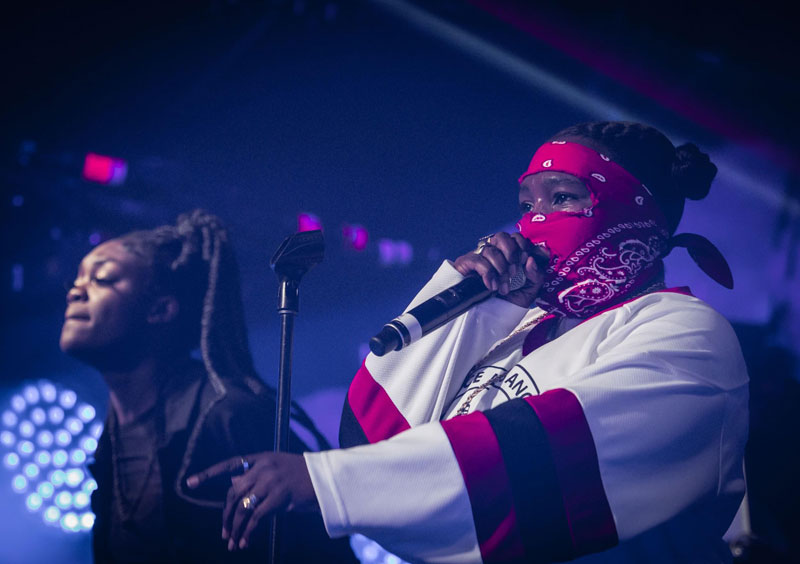 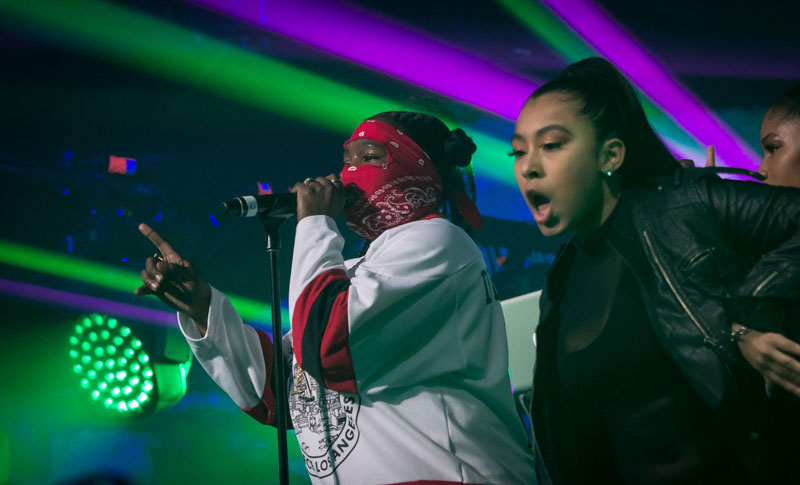 Brooklyn rapper Leikeli47 knows how to stir up a crowd. Tonight she held nothing back and was better than what I could have ever imagined (not surprised) … it was nuts!  “I was not ready for this. Surrounded by a squad of dancers she came out with full attitude and energy. It was raw and relentless.” - Stuart Hargrove

This is all for Thursday’s highlights from SXSW. Be sure to check out our previous coverage here and tune in tomorrow as we say goodbye to another great year.