All photography taken by Stuart Hargrove for We Are: The Guard

It’s here, it’s here, it’s finally here. This is the music industry’s most favorite time of the year. Hussssshhh, no I’m not talking about Christmas. The time has come yet again where we here at We Are: The Guard strap on our trekking shoes and stretchy pants (yes, we know, it’s quite the outfit), and fly over to Austin, Texas for a week long music binge. It’s Esssss - Ex - Esss - double U 2018. This is the place to be if you want to  uncover / discover hidden talent. With over 1300 musical acts (no joke) from around the world there are treasures waiting to be seen and heard. As of Monday, we’re hanging out and strategically catching shows both big and small. Be sure to follow We Are: The Guard on Instagram, Twitter, and Facebook as we cover SXSW 2018. For now, we leave you with some of Monday’s music performances … in no particular order here they are. 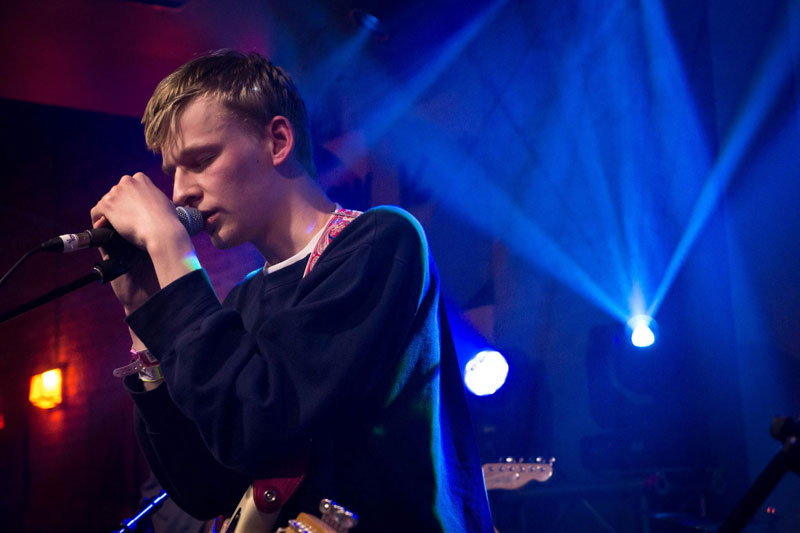 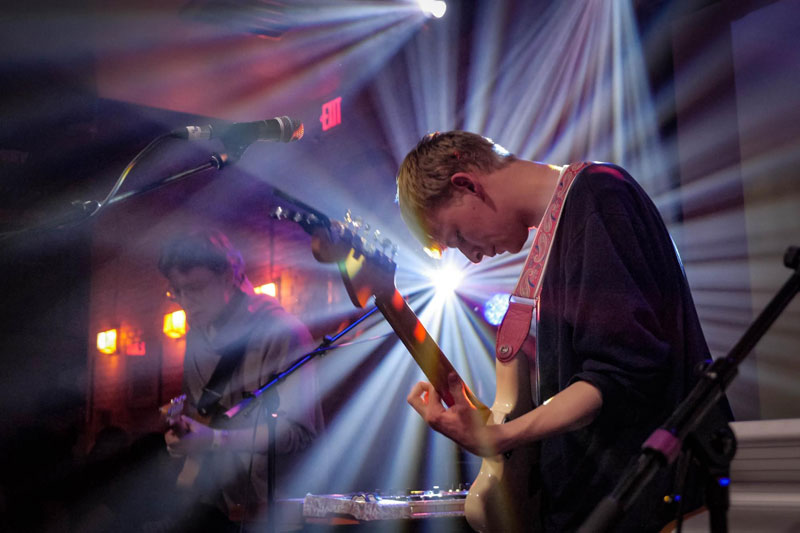 At first glance, the members of Boniface looked like a strong wind would blow them away but they brought it. Hailing from Winnipeg, MB, Canada, Boniface is lead by frontman Micah Visser who after spending his youth doing cover songs decided to switch his sound up and make a name for himself by creating a new kind of pop sound. For fans of Bombay Bicycle Club or Two Doors Cinema Club, Boniface is one to follow. 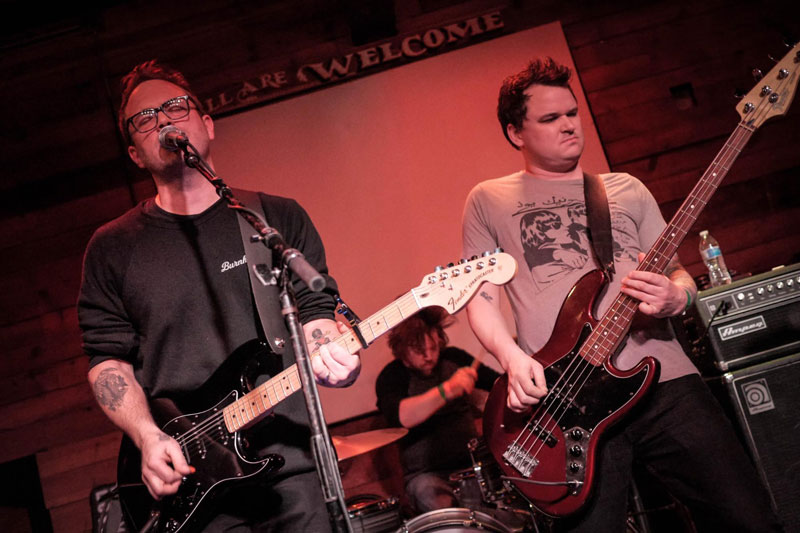 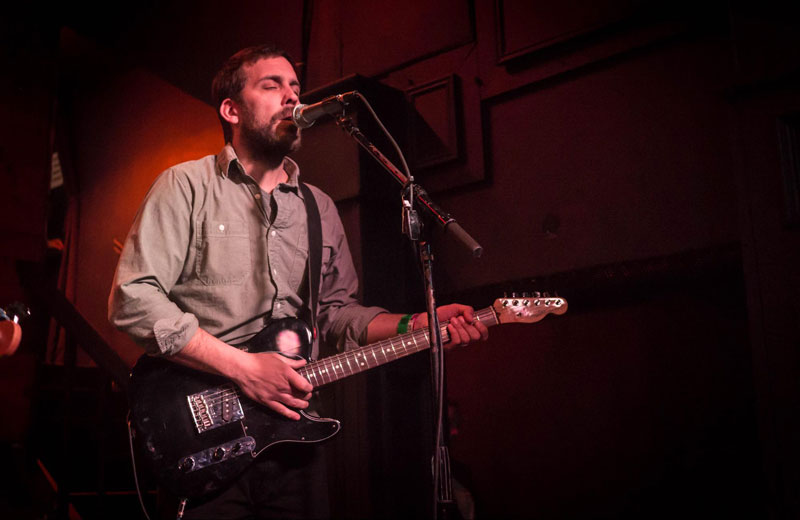 MIlwaukee band Dramatic Lovers are fairly a new band with plenty of experience playing live shows. Having only formed last year they came together to form a post punk, shoegaze sound that in person sounds like a super tight straight forward rock set with a spirit of rebellion. 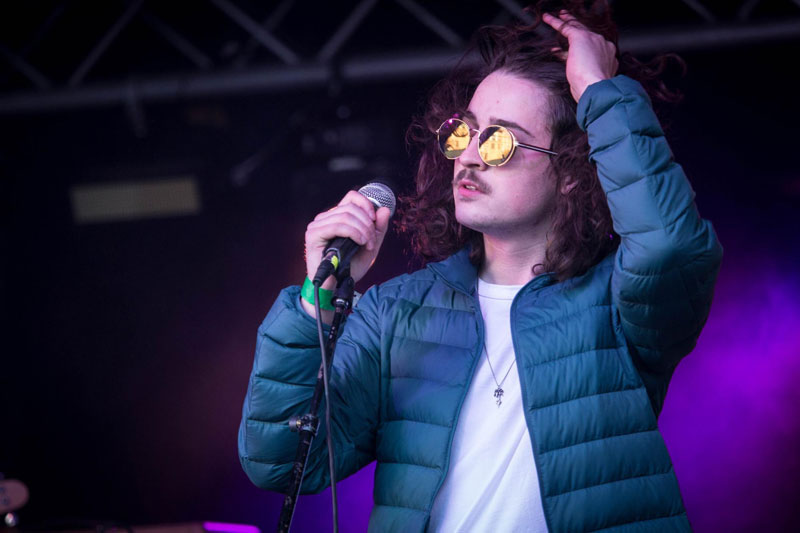 Chi town artist Knox Fortune was on everyone’s playlist when Chance The Rapper featured him on one of his singles. Fast forward some odd years later and he’s still doing what he does best. Knox wooed the crowd with his signature playful style, bouncing from pop to hip hop and back to pop. 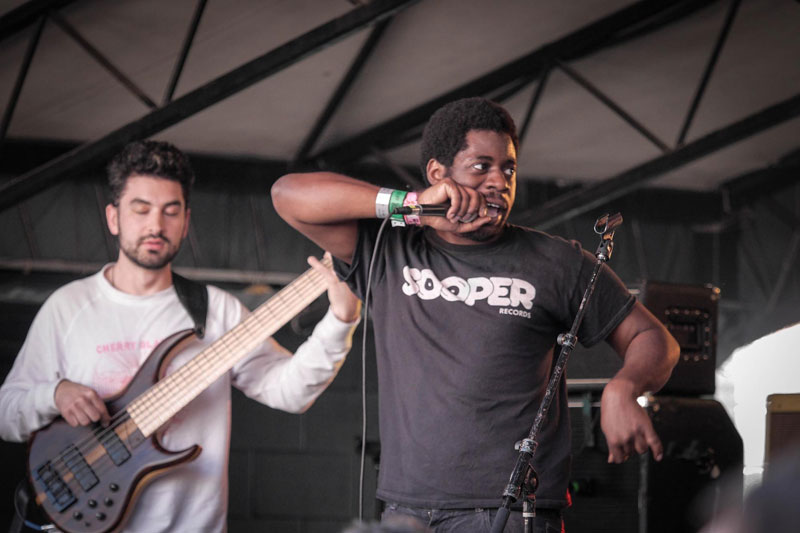 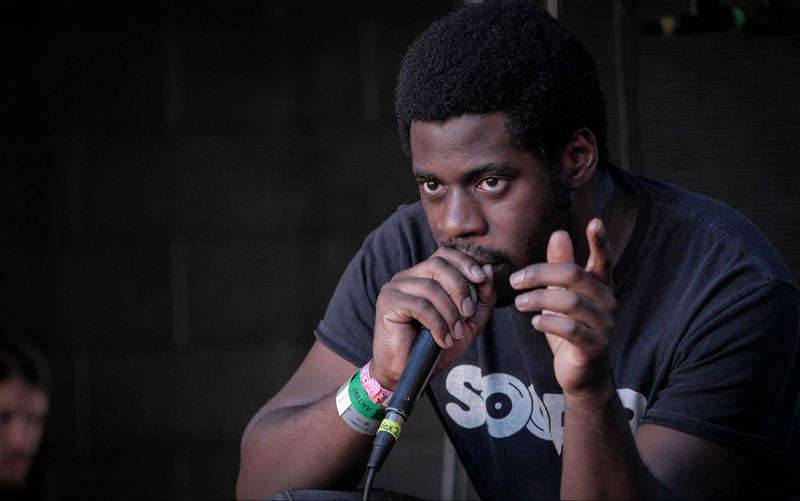 Name one thing NNAMDI OGBONNAYA can’t do? You can’t because he does it all. Ok, perhaps I exaggerate a bit, but Nnamdi has been around for a while and has done pretty much everything in music. From touring with jazz bands to producing smooth lyrical flows, he’s one of the most colorful artists out there. During his set he went from rock to very soft stylized spoken word. Lots of personality and fun.

THE MOTOR TOM AT MOHAWK 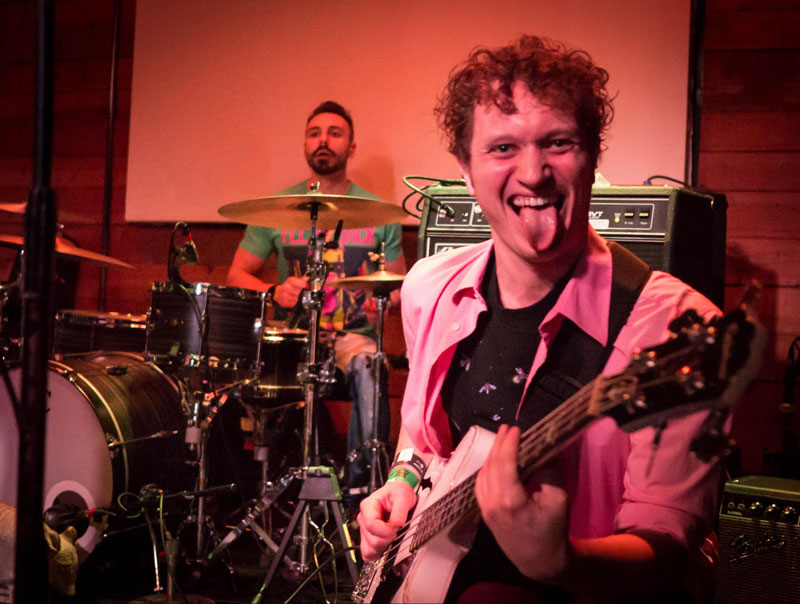 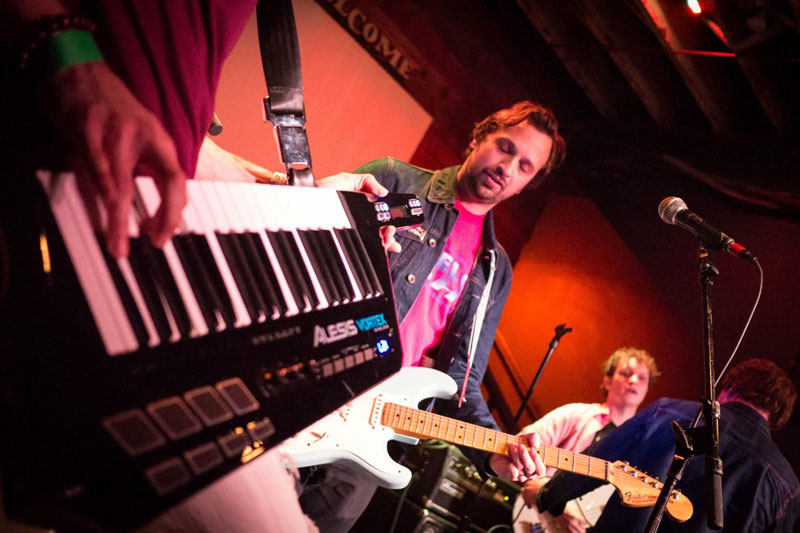 New York band The Motor Tom describes their music as “dum music for smart people.” If you haven’t heard their material, the topics they cover reference video games and other such things from their childhood. Those who grew up in the 80s-90s will find something to connect with. As for their live performance at SXSW, their upbeat rock/pop tunes had everyone in high spirits. 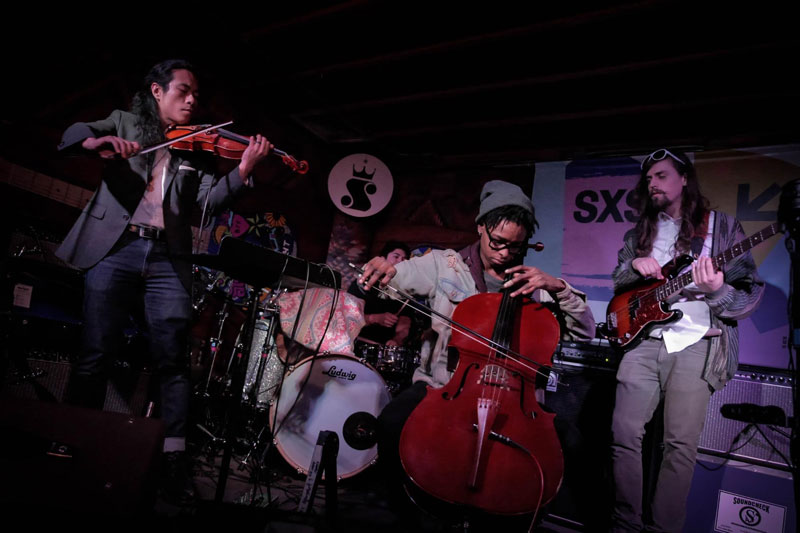 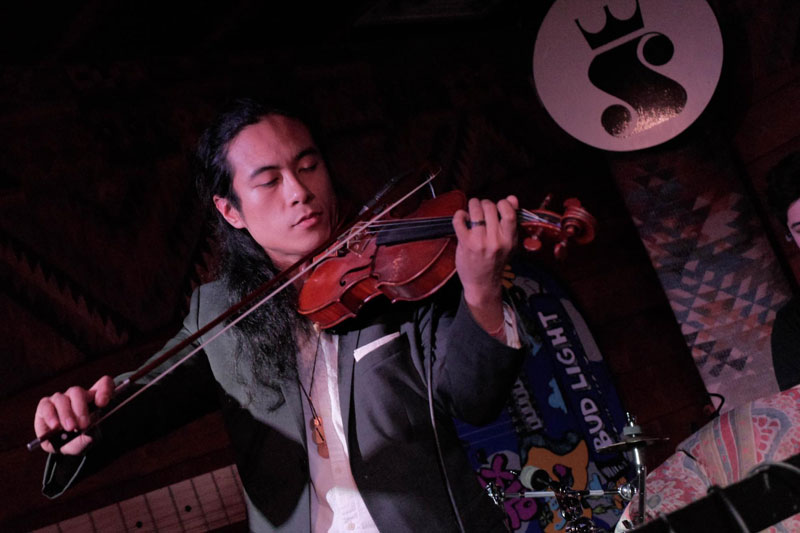 Violinist LeonCarlo brings a full band with him this year at SXSW. Though it’s mega different from the sound we usually feature on #WATG, this solid set served as a palate cleanser and has now become a go to for chill out sessions. 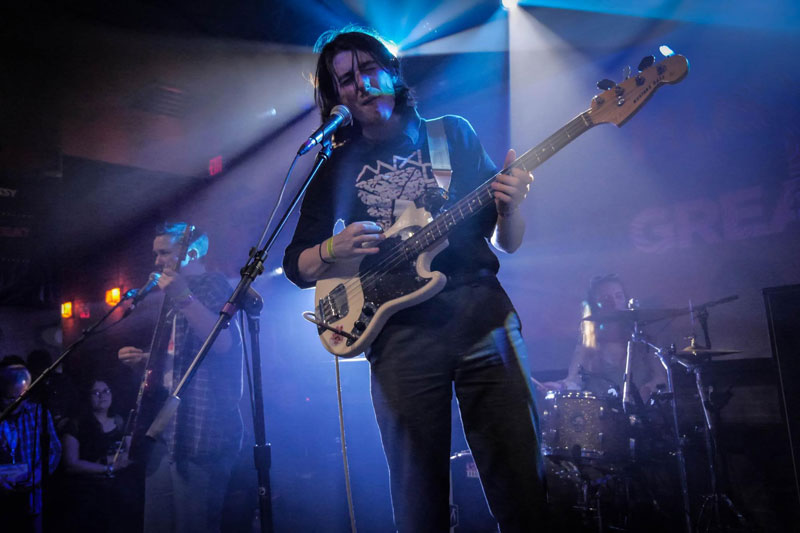 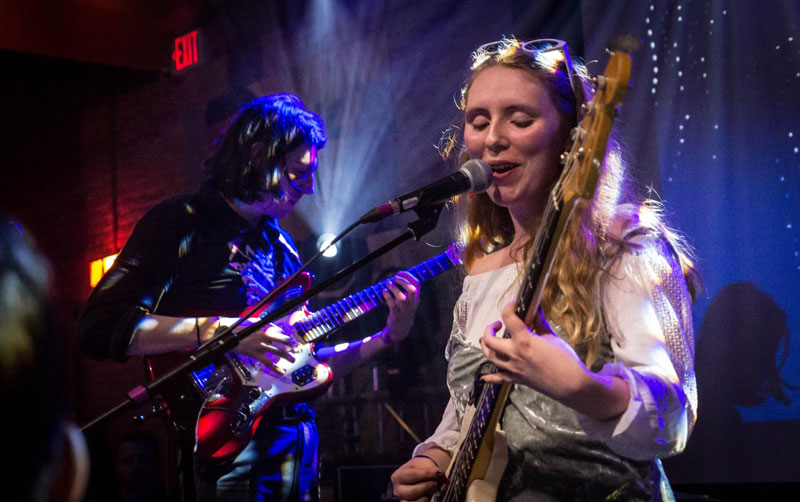 I don’t really care for breakfast and muff’s aren’t really my thang, but the Glasgow trio makes me reconsider life’s choices …. Like why did I ever stop listening to punk? Known for their fun in your face sincere yet brash sound, their performance touched on material ranging from calling out abusers to complaining about old chips. 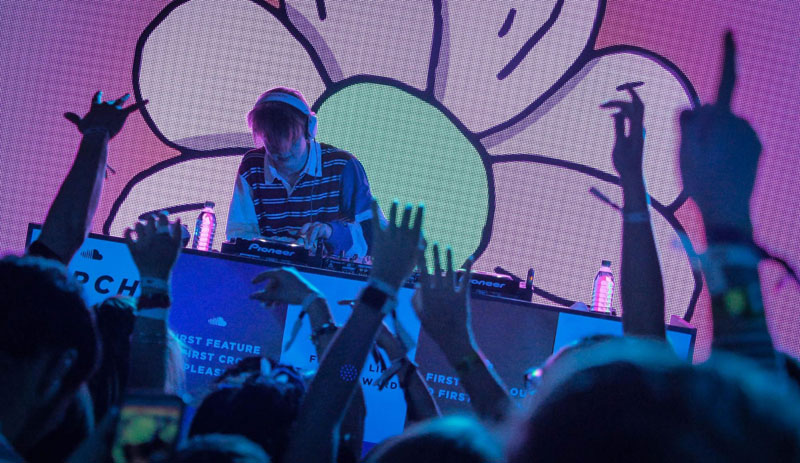 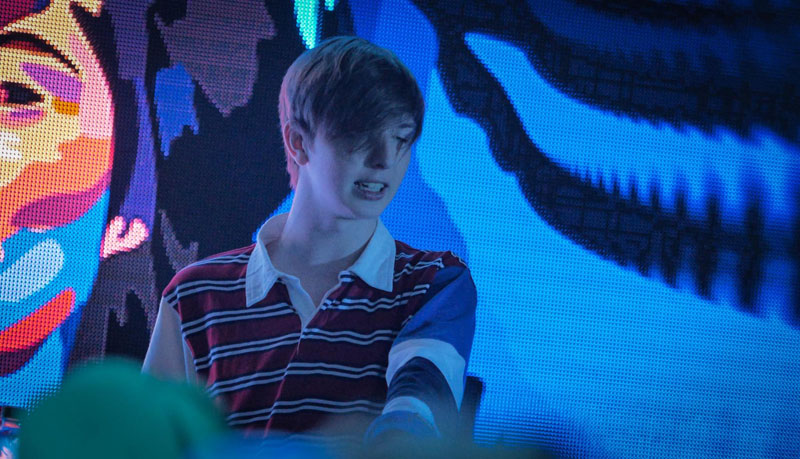 Whethan’s electronic skills won us over in 2016 with his remix of “XE3.” Two years later he’s still making us salivate with his bootlegs and originals. At 19 years of age he’s already reached 10 million streams on Spotify and recognition by some of the best in the edm scene.

That’s all for Monday’s music highlights of SXSW.  We’ll be back tomorrow with more coverage and highlights. Here are highlights from Tuesday and Wednesday.