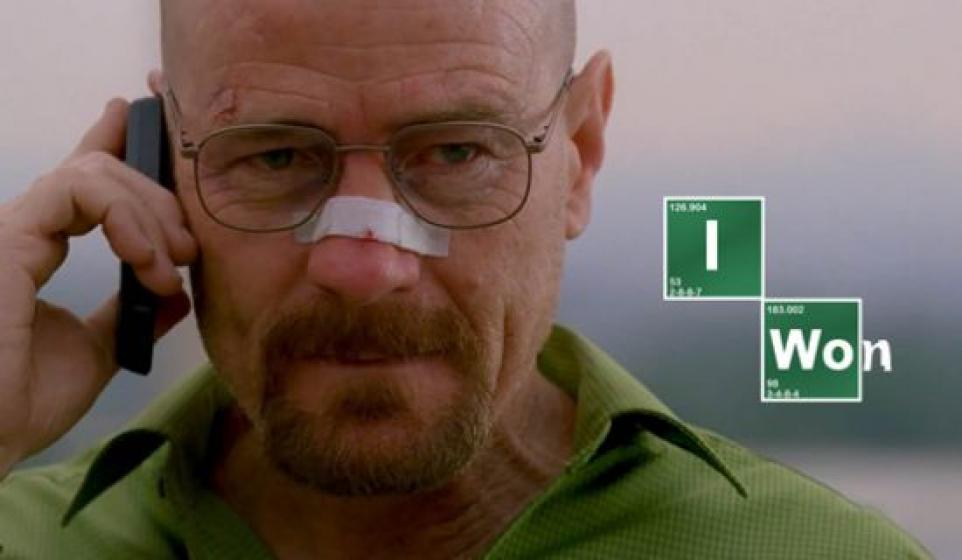 "In an alternate universe, Breaking Bad aired as a network family drama in 1995,” says goestoeleven, the YouTube genius behind “Breaking Bad - 1995 Style,” a simultaneous homage to Vince Gilligan's opus and the virtuous television intros of yesteryear.

Watch as Walt, Jesse, Skyler, Hank, Marie and Walt Jr (or Flynn) are transported back to the mid-1990s, when life was less about blue meth, more about wholesome family values, fade-ins and Foreigner. One white lie surrounds us, yo:

Goestoeleven has also transported the cast of another AMC classic in-the-making, The Walking Dead, back to 1995. Check that out, below: