Trap isn’t quite what it used to be.

I remember a time only six or seven years ago where acts (who shall not be named here) absolutely ruled festival stages. Masses of EDM bros bounced up and down to those insanely fast high-hats and gigantic low-end drops. It was a time.

Sure, some acts are still touring and you can probably check them out headlining under crowded stages at undersold festivals asking how to bring the kids back. It’s definitely not what it used to be (at least on the dance music side of things, ‘trap’ is alive and well in its form co-opted by hip-hop and used as beats for SKRRT and GUCCI and DROPTOPS). BUT THE QUESTION ON EVERYBODY’S MINDS IS HOW TO GET IT BACK TO THE GOLDEN AGE 2012?

Those last true holdouts have put their heads together to come up with a new angle that’ll surefire bring trap back to its glory days. The last bastion of trappers worked up some of that good old fashioned desperation. 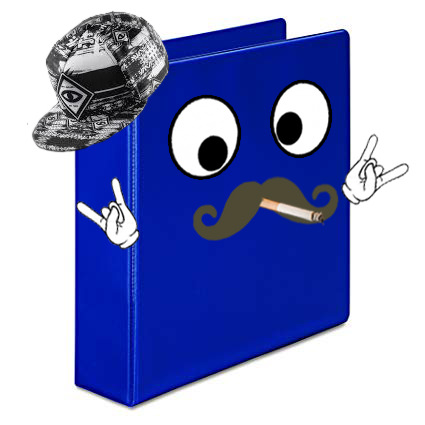 “Hi, I’m Trappy and I love getting buck fucking wild. I love producing on Ableton, dressing like a ninja bro and respecting women. I means seriously, fuck Datsik.” I obviously can’t do his voice justice but if you want to see Trappy in action, make sure to Google “Trappy at DJ Snake Hard Summer 2017.”

You know, or the alternate plan for these producers is to start innovating sounds like EPROM or GJONES, creating music that isn’t even classifiable as Trap anymore because it’s so different from anything that’s ever been made before. This lateral move has effectively been dubbed bass genre, and even though it still has some elements of that traditional trap sound, it skirts so far away as to completely be something fresh and new.

Mediocre trap DJs like Carnage are unable to innovate this way and have instead dug deep into their pockets to hire a marketing director to do that work for them. Now, the guy who’s playing your local Oktoberfest or County Fair to “get people hype” before or after more important acts has someone to make him look cool. Even though the true EDM loyalists might not come out for Trap anymore, DJs across America are hoping that Trappy T-shirts, Trappy water bottles, Trappy stickers and a Trappy animated cartoon on FreeForm TV will bring the 14-19 year olds running back to those big sounds that were so successful so many years ago.

We here at We Are: The Guard think this is a weird move of desperation and don’t endorse Trappy. Our suggestion? Just listen to hip-hop.

[header image labeled for reuse with modification from Wikimedia]