Yeah, today is that day.

You can try to ignore it or run from it, but there’s no escaping it.

Today is the day of love.

And sure we’d all be better off if we were celebrating Anna Howard Shaw Day instead. And yes, this is a fully commercialized holiday created by card companies to exploit and reinforce gender roles.

But being cynical and hating everything is not a substitute for a personality. So with that in mind, we’re doing a love songs list.

We’re gonna skip all that Clickbait “10 LOVE SONGS YOU HAVE TO LISTEN TO WITH YOUR PARTNER TO HAVE A TRANSCENDENT VALENTINE’S DAY nonsense. This list is merely a collection of excellent songs sensible people ought to know about.

Together these ten tracks offer the perfect playlist for a romantic evening, or one spent consuming junk food and box wine while opening and closing the same four apps until you pass out.

Drenched in reverb, chilling the most, more concerned with the vibe than rocking, obsessed with sex but probably not having nearly as much of it as you think, Cigarettes After Sex is the quintessential millennial band. If you don’t get it, it’s just not for you.

But if it’s for you, you’ll know almost instantaneously and regardless of your actual age will rediscover that teenage feeling of validation by way of an artist and like someone out there understands you.

“Sweet” is off the band’s sublime self-titled debut and encapsulate everything there is to like about them. Sounding like the most perfect rainy day coffee house soundtrack you’ve ever heard, “Sweet” takes a certain kind of listener reassuring them that everything is gonna be alright cause love is out there for people like us.

“Me and you were meant to be in love” is the understood message of every love song, but on “Don’t Delete The Kisses,” Ellie Rowsell of Wolf Alice comes right out and makes it the song’s refrain.

Future Historians and songwriters will be studying this song decades after we’re all gone and likely come to the conclusion that it’s about as perfect a distillation of a pop love song as could reasonably be achieved.

When dabbling in M83, Wolf Alice decided to smoke the whole carton, and thank goodness for that because they wrote “Anthem for a Seventeen Year Old Girl” for a new generation.

If you can listen to the song and not feel something inside, it’s too late: You’re already dead.

The brilliance of Thom Yorke and Radiohead is multilayered and definitely well-worn territory. 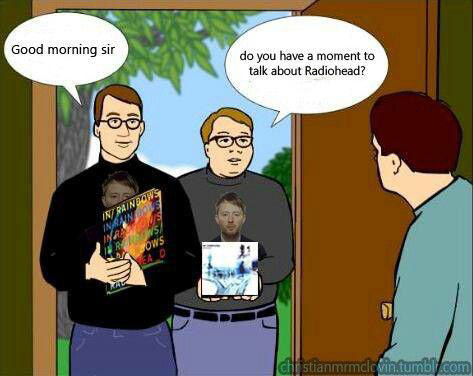 But dude is seriously underrated as a love songwriter.

“Mariners Apartment Complex” finds Lana dropping all pretenses and at her most vulnerable and beautiful. The result is the best love song in a career filled with a veritable fuck-ton of great love songs, ironic an otherwise.

But it is a real job.

Back when I was driving for Lyft I once had a passenger who had just such a job. Much to my chagrin, he informed me that the bulk of his actual work was trying to get permissions and licensing. Other such banal legalities usually dictated which songs appeared in a film as opposed to, ya know, their fit.

Anyways, if I had that job I’d use “Chateau” by Angus & Julia Stone to soundtrack every love montage ever.

Confession, I haven’t seen A Star Is Born and I probably won’t. I’m a weirdo who watches like 5 movies a year, sorry.

I did watch Annihilation last night though, and I’ll be thinking about that movie for the rest of the month and probably a lot longer.

That has nothing to do with “I’ll Never Love Again”, which is an incredible song that proves that Lady Gaga can do pretty much whatever she wants musically and do it better than most everyone.

And like Annihilation, “I’ll Never Love Again” could also be viewed as a meditation on clinical depression.

A movie I did see was Spider-Man: Into the Spider-Verse and I’m still in awe of how flawless it was. Incredible piece of cinema that makes me happy each time I think about it.

In similar news, I truly can’t stop listening to “Sunflower” the theme song of sorts for the film written Post Malone and Swae Lee. For reasons that won’t be discussed today, I had never heard a Post Malone song before this one.

Are they all this good? 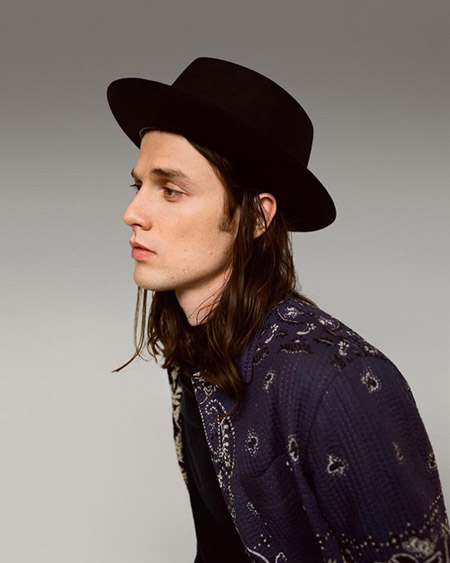 You play the game by spotting someone wearing a hat. Then you discuss with one or several other people whether it’s a dumb hat or not a dumb hat. If you work somewhere with heavy foot traffic this game will soon be the highlight of your day.

Anyways, on “Us” James Bay manages to write a highly emotive ballad that’s neither corny nor contrived, a truly incredible feat of songwriting. A lot of Bay-Heads insist that the minimalist acoustic take is actually the best version of the song, yet chill-inducing gospel choir backing vocals on the original give it the nod here.

LORD HURON - WAIT BY THE RIVER

The band is amassing a catalog full of songs that sound timeless. “Wait By the River” feels ancient like it’s been with us for so long no one remembers its true origins.

MAGGIE ROGERS - ON + OFF

Closing out the list is “On + Off” by up and coming to auteur Maggie Rogers. No description or pithy story needed here, cause this song more than speaks for itself. It seems like it’s going to be playing everywhere for six months from now. Let’s all still try to like it then.

Whatever you’re doing today and whomever you are or aren’t spending it with, have a great day.

Photo by Matheus Lira on Unsplash