Between Kanye West announcing his plans to divorce Kim Kardashian and Grimes calling out a trolling Elon Musk, it goes without saying it’s been a dramatic seven days on Music Twitter. My only question is: Have these couples never heard of communicating with each other over WhatsApp? Anyways, while Kanye and Elon were out here being messy bihs, the team and I were busy as ever scrolling through the TL for the top tweets of the last week. Cancel your Hump Day plans, then, as it’s time to check in with the latest edition of We Are: The Guard’s 10 Twitter Moments, featuring Harry Styles, Lil Uzi Vert, Halsey, and more!

I’ve had the pleasure of meeting and working with some of the most incredible people, and gained friendships that I know I will treasure for the rest of my life. None of this would be possible without the support you’ve given along the way.

Me definitely not crying at absolutely any of these #10YearsOf1D tweets:

And finally.. to the boys, I love you so much, and I couldn’t be prouder of everything we achieved together. Here’s to ten. H

IM TIRED OF THIS ..... IM RUNNING FOR PRESIDENT VOTE FOR BABY PLUTO

FINALLY! Someone I can get behind this election!

P.S. Jokes aside, please make sure you’re registered to vote this 2020!

HALSEY IS THE BIGGEST TAYLOR SWIFT STAN EVER

i would die for taylor swift 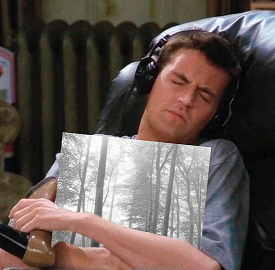 STEVIE NICKS REMINDS US TO WEAR A MASK

Not letting a measly eye exam get in the way of wearing my mask...Stay safe everyone. pic.twitter.com/Ce7sA4osuA

LOGIC IS THE BEST DAD EVER

Little bobby is actually credited as a writer on A2Z and has a percentage of the song. The money he makes from his publishing will go into an account I will surprise him with when he’s of age

That moment when you realize Logic’s son is already richer than you’ll ever be simply for going “goo goo gah gah” into a microphone. Seriously, though, this is completely adorable.

logic is a beast idc what nobody say

KEHLANI CLAPS BACK AT TATTOO HATERS

let me just be clear i don’t give a fuck if you don’t approve of how i look. you’re not taking care of my family or eating my ass. even if you were, you still have no say in what i do to my body. there are plenty of folks with no tattoos to go for. the world is yours

If you come for Kehlani’s tattoos, you’ll have to come for me first. No, really, can you imagine someone taking issue with this goddess? UGH.

next record is called fucklore

Shut up and take my money, Phoebe Bridgers! Can we also talk about the fact that Punisher is basically the gothic cousin of folklore?

volunteering as tribute for bgv’s https://t.co/V3ECg1zmiM

all my life ive always wanted to be with someone who’s independent, smart, funny, understanding, caring, beautiful smile, cutest laugh & does nice things without expecting anything in return. anyway this is a pic of me and my girlfriend. pic.twitter.com/QAvwNYc1QB 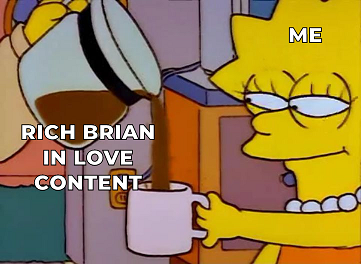 THUNDERCAT IS READY FOR CHRISTMAS

This is such a mood. Since summer is all but canceled, why not fast forward to December already? BRB, streaming We Are: The Guard’s Indie Christmas (the most shameless plug of shameless plugs).

who else’s selfies have gotten weird in quarentine? pic.twitter.com/Cl10DhdkXJ