Twitter has been in the news a lot over the last seven days, but for all of the wrong reasons. And, yes, I'm talking about those heinous Trump tweets. Even while the president was busy sh*tposting all over the joint, however, there was still plenty of content to stick around for on the fastest-moving social network this week, as we're about to find out in the latest edition of We Are: The Guard's 10 Twitter Moments. Fingers and thumbs at the ready, then, as it's time to scroll through the following 280-character highlights from Janelle Monáe, Miley Cyrus, Cardi B, and more.

I’m dead ass convinced this idiot racist could kill someone on Twitter live in the WH west wing & u guys would be like “when he kills someone he reaffirms his message of division. We have to work together to reflect BLAH’
CALL 4 IMPEACHMENT Speaker Pelosi Stop dragging this OUT https://t.co/GLu2SbMr8l

SHE SAID WHAT SHE SAID! Janelle Monáe is completely fuming following Trump's racist tweetstorm on Sunday, and let's face it, who can blame her! THIS *clap* HAS *clap* TO *clap* STOP!

I dont know if I ever told yall this but, this was right when the acid started kickin in and I couldn't help myself haha so no I wouldn't say I was drunk just trippin balls. @whoisMGMT thanx for lettin me groove w you. My face was melting and I felt so fuckin free!! https://t.co/Fi0uofGtlc

Kid Cudi dancing to MGMT at Coachella is my summer aesthetic. Seriously! This video of Cudder getting his groove on to “Electric Feel” never gets old and I'm certain that there hasn't been a more iconic festival moment since.

Invite me next time.

OMG! This needs to happen! Troye Sivan and Alec Benjamin are nothing short of singing-songwriting CHERUBS and a collab would undoubtedly sound like it was sent from the heavens!

KELLY CLARKSON HAS SOME ADVICE FOR TAYLOR SWIFT

@taylorswift13 just a thought, U should go in & re-record all the songs that U don’t own the masters on exactly how U did them but put brand new art & some kind of incentive so fans will no longer buy the old versions. I’d buy all of the new versions just to prove a point ‍♀️

And now we turn to Reason #6958 why Kelly Clarkson is The Greatest Human Being Ever™. We stan a supportive queen! Can we also talk about the fact that JoJo did exactly this with her first two albums?!

“Old Town Road” remixes are basically keeping the world turning at this point. And, following a call from Lil Nas X, it seems that there are plenty of artists willing to jump on the hit single, including the legendary Mariah Carey and, erm, Smash Mouth?!

Lewis Capaldi and Noel Gallagher wasn't the beef that I was expecting to find myself invested in this 2019, but when insults like this are being thrown around, I have no choice but to give it my full attention. Now I'm just waiting on Lewis and Liam Gallagher to collab to further p*ss off Noel. #TeamCapaldi

MILEY CYRUS AND SELENA GOMEZ ARE HEADED TO AREA 51

Me & @selenagomez on our way to Area 51 pic.twitter.com/P5ui7X5keU

If you're not one of the 1.4 million Facebook users who have signed up to storm Area 51, then maybe Miley Cyrus and Selena Gomez can help to convince you to join this most important cause?! The alienzzz are waiting for you – right, Lizzo?!

Exclusive footage from inside Area 51 pic.twitter.com/E8okpvHs7S

CARDI B THROWS HER SUPPORT BEHIND BERNIE SANDERS

I been reading about Bernie Sanders and I’m really sad how we let him down in 2016 This man been fighting for equal rights,HUMAN rights for such along time.Seeing this country become a better place been really his passion for a long time not a new front for a campaign.

And so the Cardi B-Bernie Sanders Twitter love affair continues! I'm confident that it's only a matter of time before Daddy Bernie is walking out on stage at campaign rallies to the sounds of “Bodak Yellow.” If that doesn't secure him the presidency bag, then I don't know WHAT will!

I don’t mind paying taxes if I see on what am I paying my taxes on.Its sad that we pay so much taxes yet we don’t have free college education neither free healthcare . https://t.co/i4Zi4eSYgP

GRIMES ELABORATES ON HER EXPERIMENTAL SURGERY

I got shinigami eyes. It cost me half my life span but now I can see the true name of everyone and when they will die. Only the real will ones will understand

Grimes acting like nobody has ever heard of Death Note is giving me some serious “Justin Bieber quotes Tool” vibes. Anyways! This combined with the whole Instagram “training regimen” really does prove that Claire Elise Boucher is the queen of sh*tposting, huh?!

Nobody:
Me: Album coming in 2019
Navy in July: pic.twitter.com/jXqC6uy1YP

QUIT PLAYING WITH US, ROBYN FENTY! 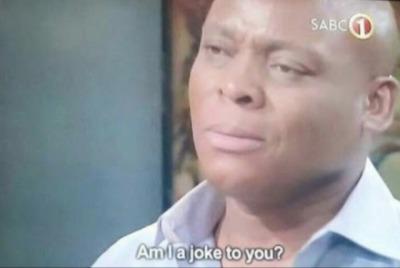